It's now been three weeks since the massive vaccine site at the University of Louisville's Cardinal Stadium opened for the public.

Beginning Monday patients are returning for their second dose of the COVID-19 vaccine. The Pfizer vaccine requires a patient receive the second shot after 3 weeks.

By Noon Monday there was a healthy line of cars entering the large parking lot site. When the site opened in April about 3,000 vaccine shots were given in the first couple of days. UofL Health doctors expect the vast majority of those patients to return Monday and Tuesday.

“We’ve seen at our other locations as most people are coming for their first dose are coming back for their second dose," Dr. Hugh Shoff told Spectrum News 1. Shoff is the Assistant Chief Medical Officers at UofL Health.

While Dr. Shoff is concerned some patients may skip the second dose he doesn't expect many will. Of course, there is a vaccine window so even if a patient misses their shot on Monday there are several days to get the follow up shot and expect the same high efficacy from the Pfizer vaccine.

The site is still and was giving out first doses on Monday. Last week daily vaccine numbers were around 400 per day. The site was closed for Derby weekend. On Monday there was a noticeable increase in traffic at the site which is just south of Cardinal Stadium.

“Everything is going very well. As you can see we’re still moving traffic in very quickly," Dr. Shoff said. 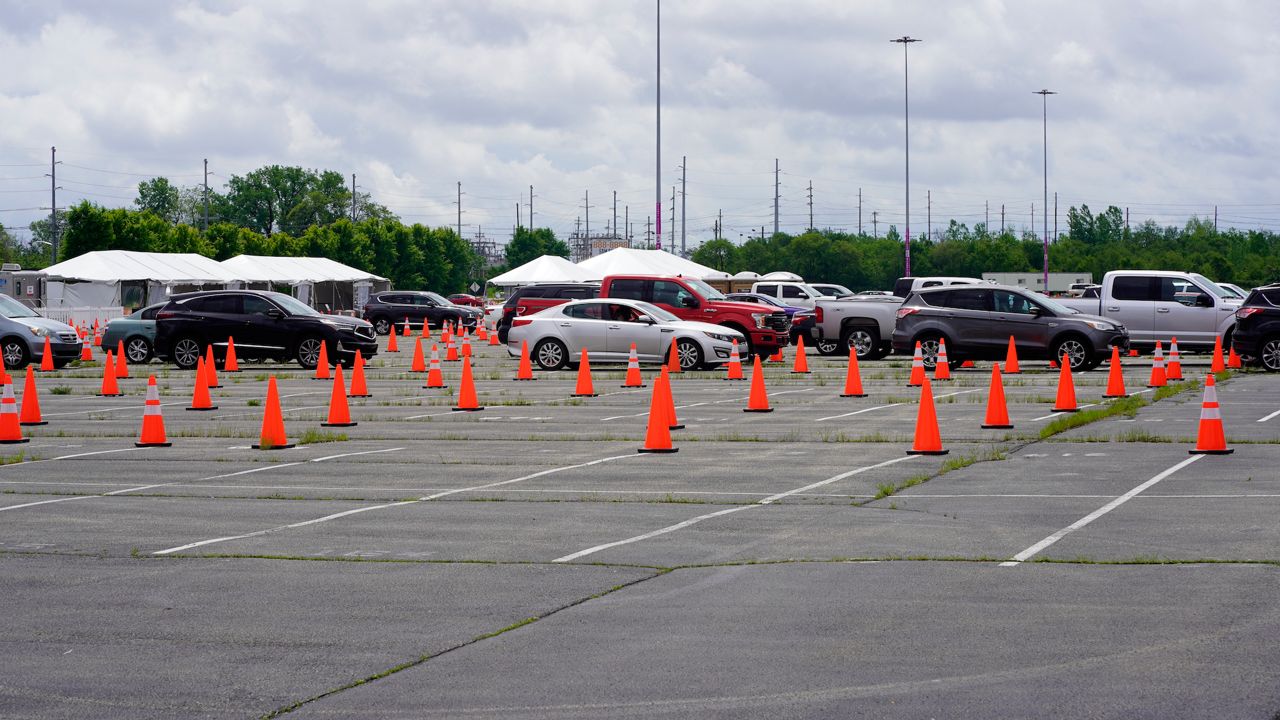 Perhaps the more prevalent issue other than people skipping on their second dose is whether or not Kentucky or the rest of the country for that matter, can reach herd immunity.

UofL Health doctors have and continue to advocate young people get a shot.

"We don’t know a lot of the potential consequences of having the virus and getting the vaccine is one of the best was to protect you from that. The other thing is protecting your family members the community members," Dr. Jonathan Newsom said Monday. Newsom is with UofL Physicians and the team physician for the Louisville Xtreme arena football team. Dr. Newsom says the sooner more young adults get vaccinated the sooner sporting events can be held with more fans in attendance.

“It protects you the best that we know of and it protects the community," Dr. Newsom said.

An appointment is not needed at the Cardinal Stadium vaccine site but your can schedule one here. It's open Monday-Friday 9 a.m. to 6 p.m.