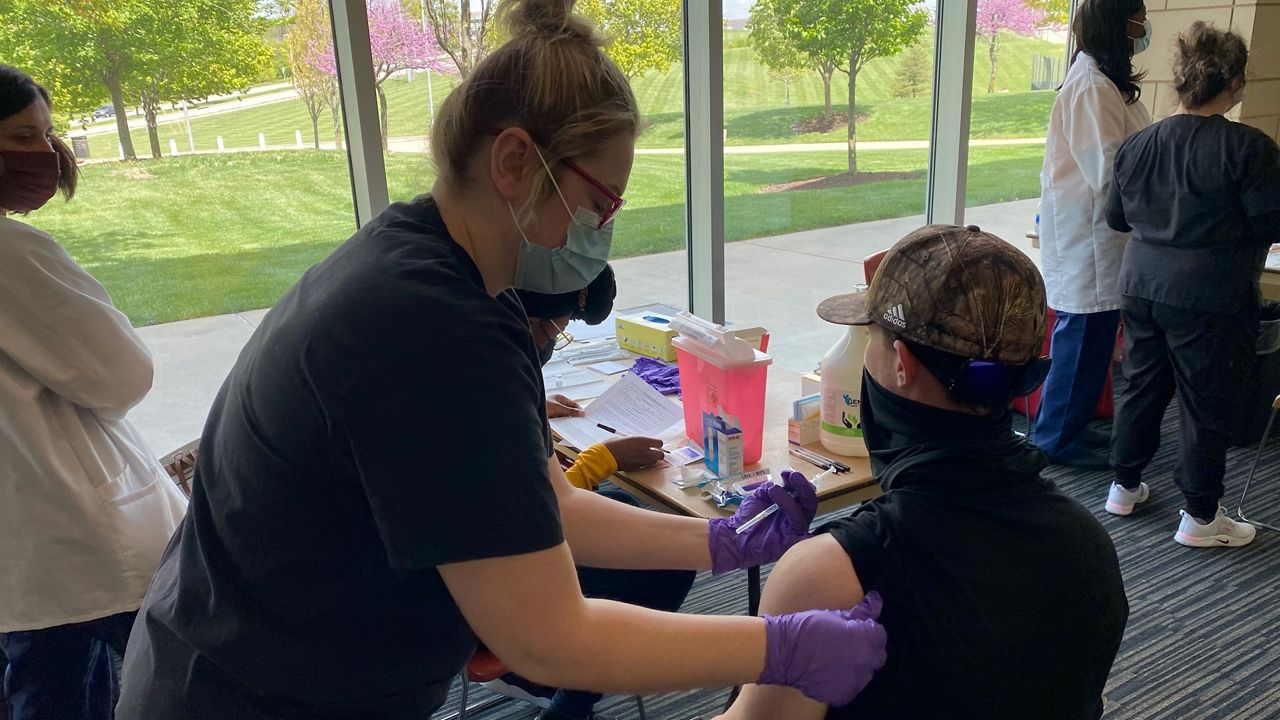 HIGHLAND HEIGHTS, Ky. — Students at Northern Kentucky University and other area universities have been competing to come up with the best idea for getting better COVID-19 vaccine access for underserved communities.

The goal was trying to come up with a way to better reach those who are hesitant to receive the COVID-19 vaccine.

“Because we recognized coming into this that vaccine hesitancy is a problem,” Hardcastle said. “We need new brains, new insight, so that’s when we came up with the idea that we should have a competition.”

The competition was their version of crowd sourcing.

Teams composed of college students jumped head first into researching communities like people of color, immigrants, English second language, homeless and rural populations. Their goal was to find out why these groups can be more hesitant to get vaccinated, and how to reach them.

Many finalists focused on one of these groups, but not Team Vitals – a team consisting of NKU nursing students that took home $2,000 for winning the whole thing.

“We were trying to decide which group to pick. And we were like, they all are really important, and they all need our attention right now,” said TaShana Williams, who along with Benjamin Boadu and Angela Spallinger formed the group. “You don’t want to seem like you’re forcing people to get vaccines. Ultimately it is their choice, and sometimes it just takes multiple conversations to get there.”

Williams said her team concluded better communication is key to reaching these communities.

“So a lot of the communication with the community has been through virtual presentations, or links online and things like that. And most of the sign up has been online. You still miss a huge portion of people,” she said. “None of the links are in their language. So how are they gonna go and know how to sign up without further assistance? So meeting these communities face to face has been the most effective, and having translators available will be the most effective with getting them vaccinated, and educating them in their own language.”

Being nursing students who’ve already served on the front lines prepared Team Vitals to be forward thinking in how to help as many people as possible, Williams said. She said the fact that so many college students put so much effort into addressing these issues is a positive sign.

“We’re a generation of innovators, that’s the best way I can put it. So if you throw the net out, you’re going to catch lots of awesome ideas,” she said.

All of the presentations students made on how to reach underserved communities can be viewed here.