Six new Townhomes in Mount Auburn will help fund the construction of new affordable housing in the neighborhood.

CINCINNATI – Like many areas across the country, Cincinnati has seen a real-estate boom in recent years. With low interest rates and limited housing supply, prices have been through the roof.


While it remains a seller’s market, it’s become more of a challenge for moderate and low-income buyers and renters. There’s also a lack of affordable and mixed-rate housing across the region.

To help solve that problem, The Port stepped in, working with several community organizations to brainstorm an imaginative solution. They are a development agency that aims to be a trusted partner in tackling complex real estate challenges in the county.

They view it as a new way to build thriving, mixed-income neighborhoods without having to wait for a subsidy or tax credit. 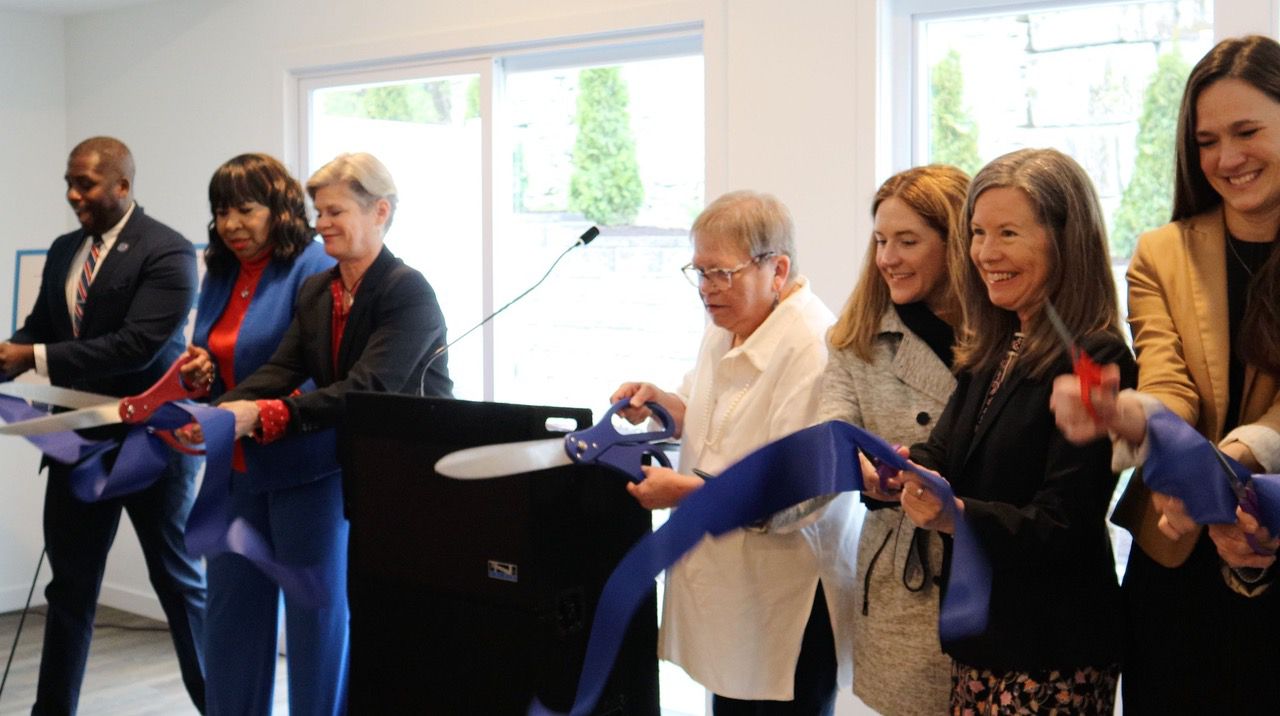 The Port recently joined community partners to cut the ribbon on the first phase of construction: Six new townhomes on Loth Street in Mount Auburn.

The hillside site has stunning views of Cincinnati’s downtown, which is a little more than a mile from the heart of the city.

Despite its historic appeal and proximity to the Central Business District, Loth Street has struggled in recent years; abandoned, worn-down properties line much of the street.

“A year-and-a-half ago this was a pile of dirt and now it’s the site of beautiful homes,” said Carol Gibbs, president of the Mount Auburn Community Development Corporation (CDC).

Laura Brunner, the president of The Port, thanked Gibbs for her leadership and passion for the project and the wellbeing of her neighborhood.

“If anybody knows Carol, she is tenacious… so having her happy is always a good day,” Brunner said with a smile. “The community is very lucky to have (her).”

The Port has worked with Gibbs and the Mount Auburn on several projects over the years.

Among those projects is the redevelopment of the historic Flatiron building, an iconic landmark on Sycamore Street and a gateway to the neighborhood. It began in 2018 after extensive conversations with Gibbs.

Increasingly more and more properties on Loth Street have become vacant, and disinvestment became more prevalent in the neighborhood. There are only a few homeowners left and their property values suffer because of the condition of neighboring properties, Gibbs said.

The site of the new townhomes sat unattended for years largely because there was no plan, or money, to do anything about it. The properties were previously owned by the Homesteading and Urban Redevelopment Corporation (HURC) and The Landbank.

“When we took over the management of the HURC about six years ago, there were 13 cents in the bank account,” Brunner said. “The Landbank bought these lots from the HURC to give the HURC some operating capital to get it going. The properties have been sitting in the HURC for at least 20 years, and then in the Landbank for the last five or six.”

The Port presented the townhome plan to Mount Auburn’s community council. The pitch was to transform the vacant, blighted residential properties on Loth Street into safe, high-quality single-family homes.

Beyond increasing homeownership in the neighborhood, they view it as a way to protect surrounding property values. It also gives prospective residents an array of price points to choose from when looking for housing.

“It's with great relief that we finally get these back into productive use,” Brunner said. “We are so thrilled with this model to build market-rate houses we can sell at a profit that we can then reinvest in affordable housing.”

Each of the townhomes has three floors and an open-concept layout. They all have three bedrooms, two-and-half bathrooms and a garage. The Port described the finishes as “Class A.”

The new townhomes are on the market for about $440,000. There haven’t yet been any offers, but there have already been a few showings. They formally hit the market Saturday.

Matthew Gilliam, an existing resident of Loth Street, told The Port early in the process that prices for the new homes seemed “a little high” for him. “But if it’s being balanced out with other sort of mixed-income areas, I like that idea.”

“My dream for Mount Auburn is to improve the areas that have been neglected for decades,” Gibbs said. “It’s taking all the abandoned buildings and restoring them, making them vital, and making families want to come and move to Mount Auburn to get more kids in our schools.”

The Port used capital dollars from the Cincinnati Development Fund (CDF) to build the townhomes. As they sell, The Port will pay off the loan from CDF, and anything above that amount will subsidize the construction of the affordable units up the street. 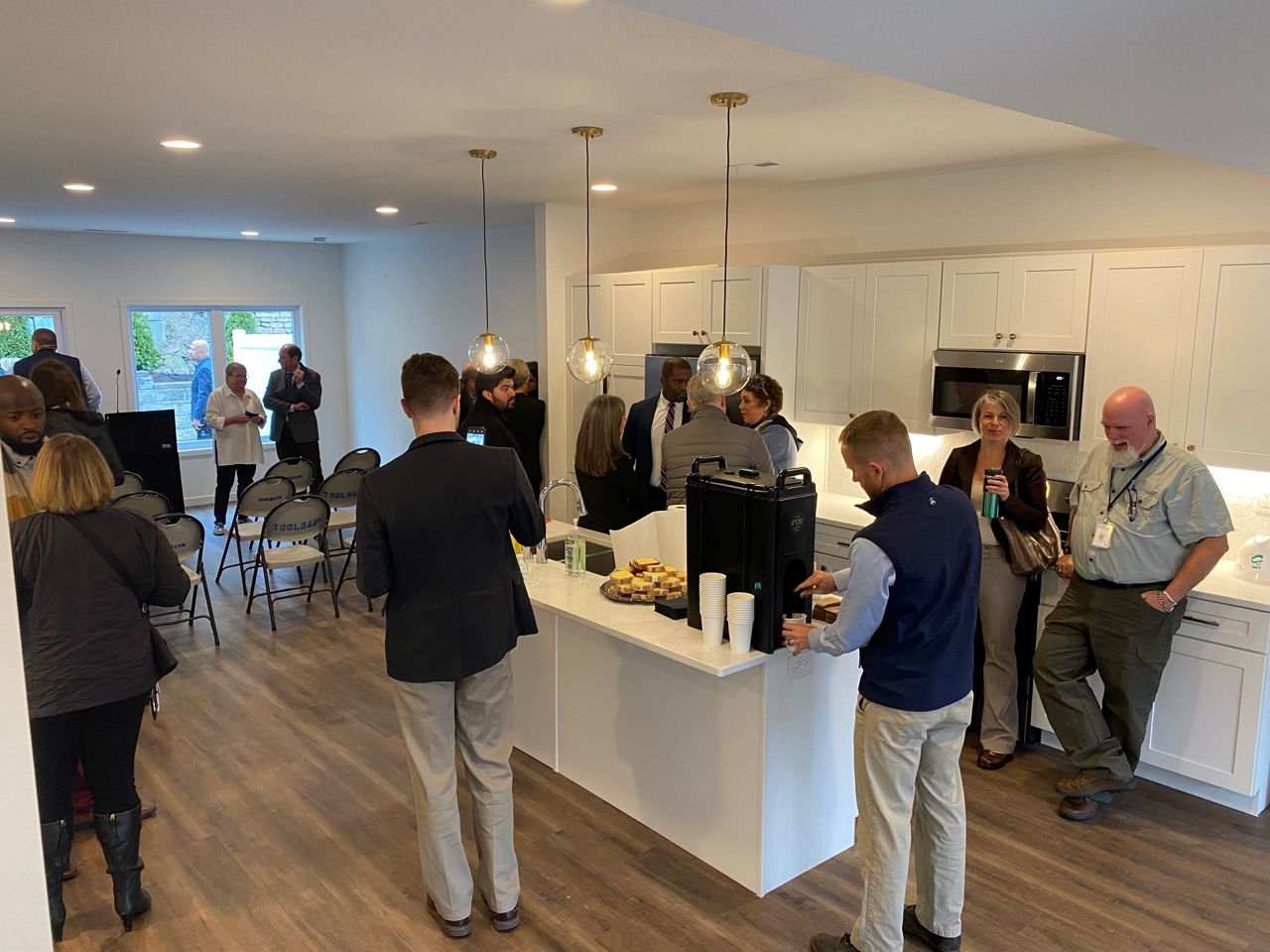 The kitchen inside one of the market-rate townhomes. The asking price for this unit is $440,000. (Photo courtesy of The Port)

The more profit they make, the cheaper The Port can sell the affordable units. As of right now, the organization believes the figure will be between $150,000 and $200,000.

The Port picked that number based on the Area Median Income, or AMI, a common metric used to determine housing affordability.

Affordable housing usually ranges anywhere from 30% to 100% AMI. The Port is going for 100% AMI with the townhomes.

“Affordable housing has many different price points based on neighborhood,” said Yasmin Chilton, a spokesperson for The Port. “We are looking at every type of approach to create more affordable housing stock across the region.”

The Port’s current focus in Mount Auburn is Loth Street. The affordable townhomes are in the planning phase as the market-rate townhomes are up for sale. No timeline for construction is in place.

The organization hopes to recreate this development model in other neighborhoods, per their request, throughout Hamilton County. Several have already reached out to discuss it, according to The Port. Mount Auburn will act as the proof of concept.

“The healthiest neighborhoods have a mix of incomes, diverse residents, and multiple housing options to choose from,” said Liz Eddy, director of residential development. “We are proud to partner with the Mount Auburn community to further the revitalization of this historic neighborhood.”

For Gibbs, she’s just excited about the future.

“Let’s get these houses sold,” she said.

The Port recently spent $14.5 million to purchase 194 single-family homes across Hamilton County from an out-of-town landlord. It's the organization's largest purchase of homes in its history.

Renters occupied most of the homes, but a handful were vacant.

The Port's goal is to keep the properties from falling into disrepair or needing to tear them down. They aim to provide immediate relief to current renters and also create a future pathway to homeownership. 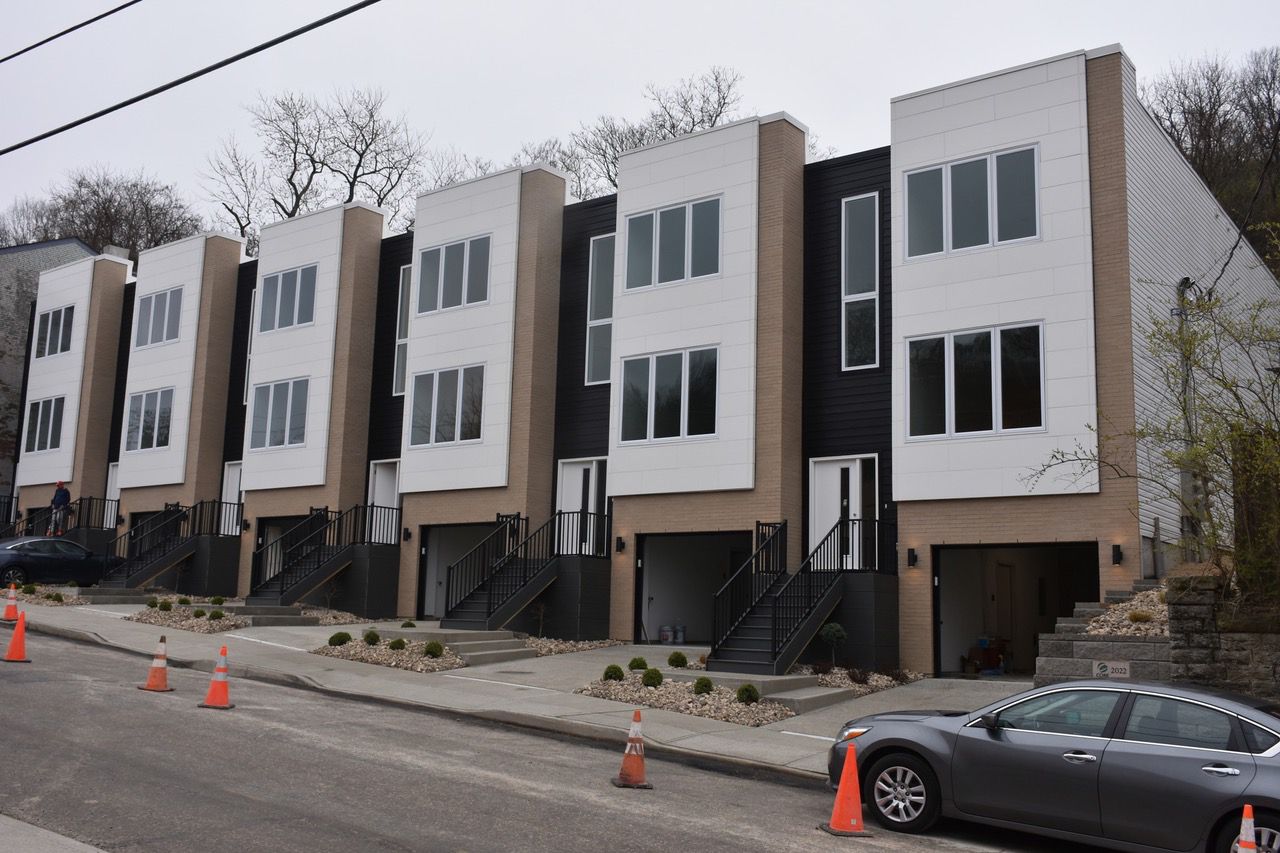 The Port hopes to replicate this process in other neighborhoods. (Photo courtesy of City of Cincinnati)

“We are facing a real homeownership challenge in our region and The Port has come up with two solutions in a few months to create mixed-income communities to create communities that allow for amenities like grocery stores and coffee shops,” said City Council member Reggie Harris. “This is truly a remarkable pathway forward.”

In the past, developers often relied on subsidies from the City of Cincinnati or Low-Income Housing Tax Credits as gap funding to cover the cost of constructing affordable housing. But this “innovative approach” gives a fresh approach.

“Now we have two tools that then can help bring affordable units to our region to our city and incentivize mixed-income development,” Harris said.

Brunner feels this solution for affordable housing shows thinking outside the box is a key component to tackling the housing issue.

“It’s not just subsidies,” she said. “In this case, we had to borrow the money—thanks to Cincinnati Development Fund—to build these, but we had the confidence that the market would be here, and therefore we could reinvest the proceeds into our affordable units.”

“Our neighborhoods are increasing in popularity. What we want to do is maximize that, capture some of that market rate and at the same time, invest in the affordable,” Brunner added. “We can do both. We need more housing at all levels inside our community.”