Cincinnati aims to increase local homeownership by offerings funds for down payments. (AP)

CINCINNATI — With the help of federal funding, the City of Cincinnati plans to quadruple its efforts to provide direct financial help to low- and moderate-income, first-time buyers looking to purchase a home in the city.

The longstanding program, often called ADDI, provides funds for would-be homebuyers to use for down payment and closing costs. Many times, those large, upfront payments end up being barriers to purchasing a house or condo.

Those ADDI dollars can also go toward rehabilitation work related to a home purchase. 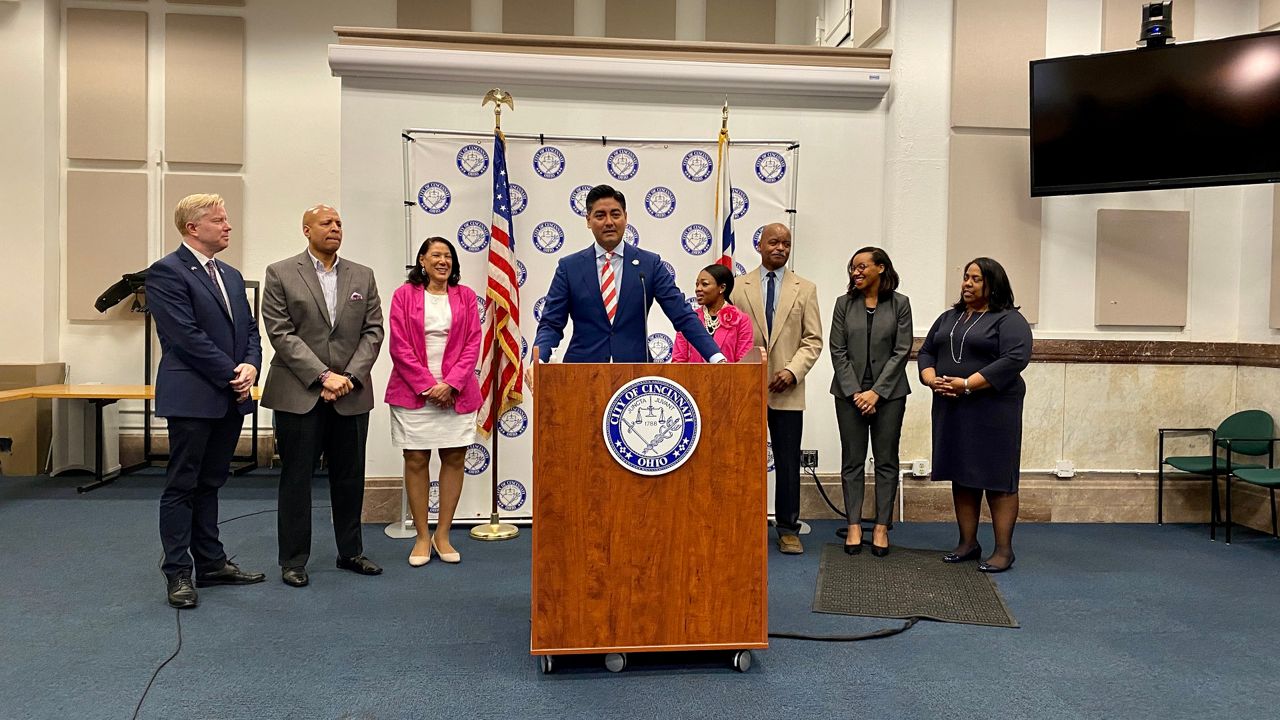 “This is an exciting step forward in our city’s work to make an impact on equitable homeownership,” Pureval said. “ADDI is only part of what it will take to address the root causes of our homeownership disparities, but together with Council and community partners, we will continue to support our most vulnerable neighbors in their pursuit of ownership and opportunity.”

The city bases award amounts to an applicant's need and financial status. To qualify, a person has to live in Cincinnati and can't earn more than 80% of the city’s Area Median Income, or AMI.

The grants are five-year forgivable loans.

“One of the goals of our Council and our mayor is to help low and moderate-income families not just survive, but to advance,” said Kearney, who has hosted a pair of recent workshops for prospective homeowners. “We know that homeownership is a big part of that economic advancement.”

That type of advancement has proven difficult for Black residents of Cincinnati.

Numbers presented by Pureval on Wednesday show the city's Black homeownership rate is only 33%. By comparison, that number is 73% among White residents.

There are several social and economic factors that go into it, Pureval said. But the bottom line is it’s “unacceptable.”

“When we talk about systemic change and systemic disparities, when we work to address barriers that have created generational, structural disadvantages for some of our residents—this is exactly what we’re talking about,” he added.

If City Council approves the plan, which they likely will, some of the additional $300,000 would go toward working with partner agencies and marketing to increase community awareness.

“We will be very intentional about how we are marketing the program and making sure that disadvantaged communities or communities that haven’t had access to capital in order to buy for a home are aware the program exists,” Pureval said.

The city’s Department of Community and Economic Development (DCED) will use some of the new funds to work with organizations that offer financial literacy education classes. Markiea Carter, director of DCED, which has administered the program for more than a decade, called the education “a huge component of this program.”

Education courses will include topics like financial training, finding a real estate agent and understanding interest rates. They'll dive into the big picture, quality of life elements related to owning a home.

“Making the choice to become a homeowner is a big decision. I always say it’s not just about getting a family and a home, but helping them be able to stay in a home and be sustainable,” said Hope Wilson with Working in Neighborhoods, which prepares people for the purchasing process. “It’s really a commitment to a community and an investment in your family’s future.”

Since taking office in early January, Pureval and the city’s newly elected leaders have worked to tackle equity issues across Cincinnati, including housing.

That work includes performing an overview of the city’s zoning code and tax incentives for housing construction. City Council recently approved a plan to create a dedicated revenue source for the first time. That allocation brings the city’s commitment of trust fund dollars to $42 million. The fund also received $15 million in private dollars, bringing the total amount raised to $57 million.

But discussions about affordable housing can’t focus on rental properties alone, Kearney said. She views homeownership as a financial tool that can help people build wealth and create equity, which is key to helping families “with other dreams” such as starting a business or sending a child to college.

She also mentioned the sense of pride that comes from being able to “turning that key and walking into a home that you own” and having something to pass onto their children.

“Homeownership is one way to build generational wealth for your family and it’s something a lot of us have missed out on,” Kearney said. “So, we’re doing our best to change that.”