CINCINNATI – After campaigning on promises to bring more equity and affordable housing to the city, newly elected Cincinnati leaders have announced a series of funding initiatives that aim to do just that.


On Thursday, Mayor Aftab Pureval and members of Cincinnati City Council outlined a strategy to invest millions of dollars into local affordable housing through its Affordable Housing Trust Fund.

The plan calls for the city to commit $5 million from its federal American Rescue Plan Act (ARPA) allocation from fiscal year 2021 into the Trust Fund. The funds were originally earmarked for other uses, such as firefighter overtime, Pureval said. But the federal government told the city administration the money couldn’t be used for those purposes.

That allocation brings the city’s commitment of trust fund dollars to $42 million. The fund has also received $15 million in private dollars, bringing the total amount raised to $57 million.

Beyond the upfront investment, Pureval will introduce additional legislation to create an annual revenue stream to add at least $1 million per year into the Affordable Housing Trust Fund. The mayor said he received projections from the city administration that the revenue will reach $2.5 million per year in the “very near future.” 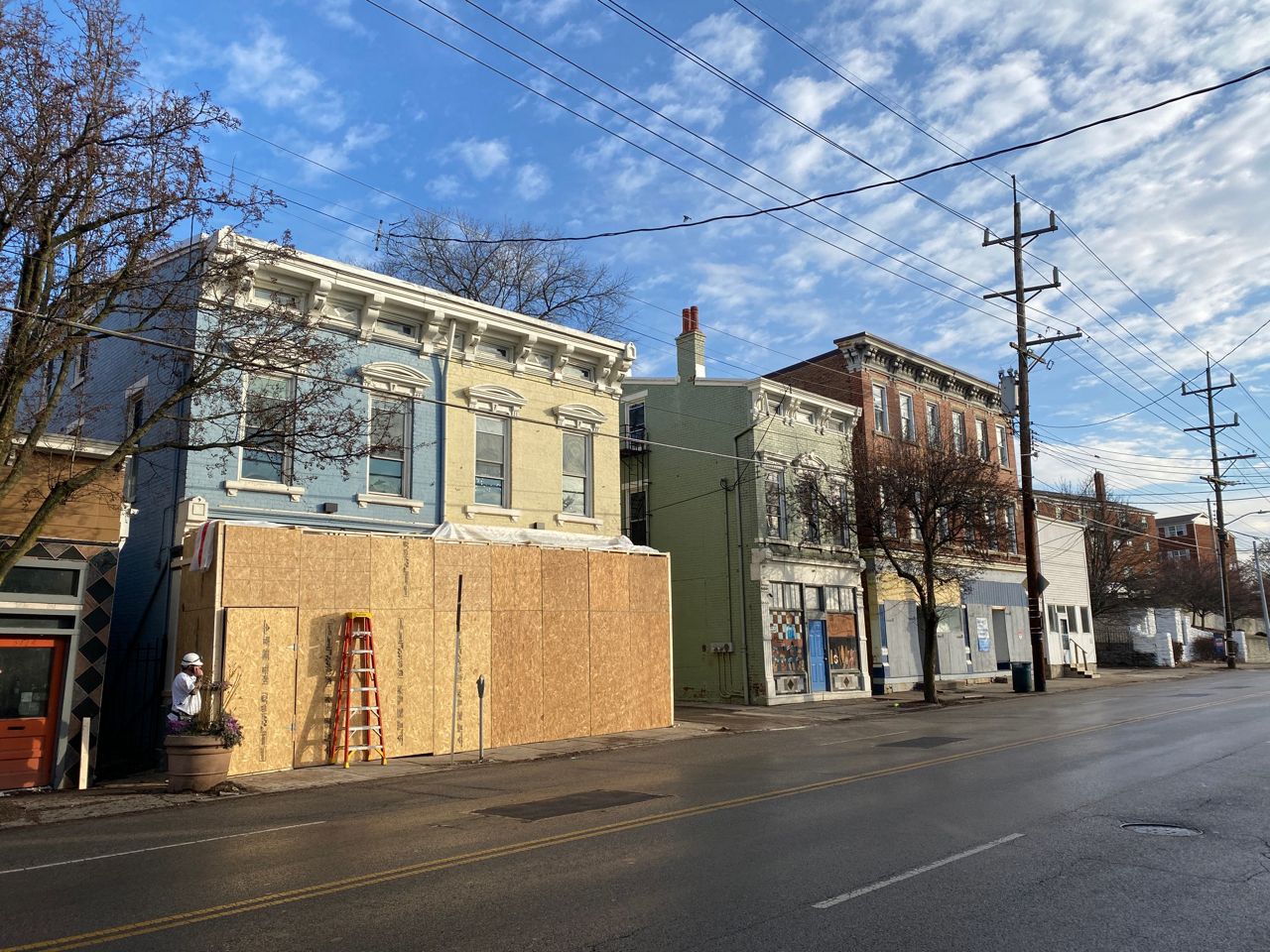 The mayor indicated this is a comparable contribution to what the city of Columbus puts into its housing trust fund annually. He emphasized this would not require an increase in taxes.

The funding source for that annual trust fund deposit was described by Pureval’s office as a “reprioritization of available surplus funds during the year-end (budget) closeout process to add the trust fund as a top priority.”

“Today is a landmark day in the city of Cincinnati,” Pureval said. “This is the first time the city has allocated substantial and consistent revenues towards affordable housing.”

The mayor described it as a “down payment on our future and a historic investment” in Cincinnati and its residents.

Both items will require a vote of approval by City Council. However, based on past votes on similar issues, there won’t likely be much opposition.

Four of the nine members of City Council were in attendance for the press conference at City Hall, including Vice Mayor Jan-Michele Lemon Kearney and Council Member Reggie Harris, who chairs the Equitable Growth and Housing Committee.

As part of the announcement, the city will move forward on a partnership with the Cincinnati Development Fund (CDF) to manage the trust fund, for the purposes of leveraging city dollars and private dollars into a pool of funds. Pureval called it a “one-stop shop” where affordable housing developers can receive gap financing to bring projects to fruition.

The CDF and the city are “weeks away” from finalizing the details that outline the priorities of the fund, according to the mayor’s office.

“This is a mission that I, our council, our residents, and the community stakeholders with us today share – and through collaborative and innovative steps like this, we will continue to achieve transformational change,” Pureval said.

One of those community leaders in attendance was Kristen Baker, the executive director of LISC Greater Cincinnati, which helps assist community-led efforts to increase housing and economic developments in communities across the region. LISC leads Housing Our Future, an affordable housing strategy created by a diverse group of fair housing policy, community development and finance organizations.

Baker called the efforts “ambitious” and expressed gratitude to the city for its commitment to creating more affordable housing.

The need for affordable housing has been identified by numerous reports and data. The National Low Income Housing Coalition found that Ohio has about 45 affordable and available rental homes per 100 extremely low-income renter households, less than half of the need, according to its study.

The number of needed units in Cincinnati is likely to change soon due to new U.S. Census numbers coming out in the next few months, Baker said. But the recent numbers suggest Hamilton County is short by about 40,000 units. While renters are more likely to have lower incomes and be cost-burdened, affordability is an issue for owners as well, Baker said. 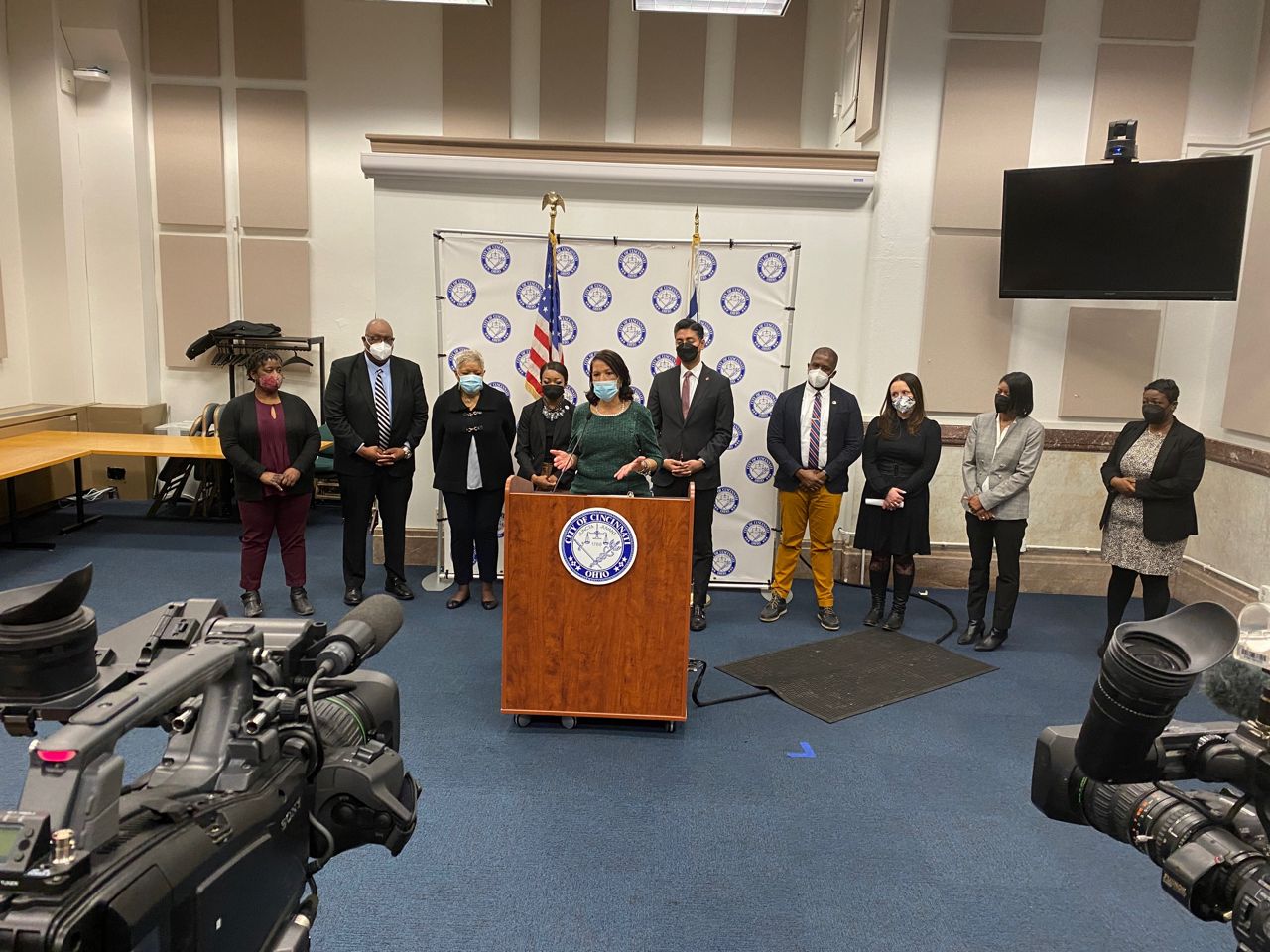 The Affordable House Trust Fund is a designated pool of money that the city can use to help develop, build and maintain affordable housing for workers, seniors and families who are struggling to afford to pay market-rate rents for their apartment or rental homes.

By definition, “affordable housing” can mean many things and is usually based on the average median income (AMI) – usually at 30%, 60% and 80% rates of the local AMI. In general, affordable housing is housing that costs less than 30% of an individual or family’s income, including rent and utilities. Anyone over the number is considered “cost burdened.”

Paying more than 30% affects an individual or family’s ability to afford other items such as food, health care and transportation.

It’s not just the extremely poor or those in minimum-wage jobs that need more affordable housing, officials said.

A common term used Thursday was “workforce housing,” which is a phrase used to show that many people in everyday jobs are struggling to afford market-rate housing in major metropolitan areas. It’s usually those who fall between 80% and 100% of AMI. In Cincinnati, that's about $85,400 for a four-person family.

To put that into real terms, LISC data shows that four out of the five most-frequently occurring jobs in the Greater Cincinnati region don't pay enough to afford rent on a two-bedroom apartment median rent of $832, Baker said. In other words, those are the folks deemed essential during the pandemic, like customer service jobs and health care workers.

“In reality, (affordable housing) just means people are not having to spend more than they can afford on housing,” Baker said.

Since taking office Jan. 4, the Pureval administration has already made several management announcements related to affordable housing. Last month, Pureval and many of the same elected leaders proposed a package to address the lack of local affordable housing by removing barriers to its creation.

Points of emphasis include: housing incentive and zoning review by the city, reforming the residential tax abatement process and holding nuisance landlords accountable through prosecution.

The plan, which was approved by City Council, asked the city manager’s office to perform a housing incentive and zoning review, fast-tracking affordable housing construction through Ohio’s competitive grant process. Another point of emphasis was adding in-house financial and staffing resources to help better hold accountable out-of-town, or nuisance, landlords.

Lemon Kearney said the initiatives are designed to give housing developers a more realistic option to create affordable housing. Most banks and financial institutions will not lend money to developers to create housing that isn’t going to be market-rate because it will be difficult, if not impossible, to recoup their investment.

That’s why the creation of affordable or mixed-income housing often requires what’s known as gap funding — funding to offset the cost of a project — to make affordable projects possible. Those funds usually come in the form of grants or low-interest loans from the federal government or municipal incentives.

Lemon Kearney said the goal is to give developers a new, consistent financial tool that enables them to make a choice to create affordable housing, in addition to market-rate and luxury offerings.

“Our mayor is stepping forth to really move us forward and providing affordable housing across our city, desegregating our neighborhoods so that we can have affordable housing, mixed-income housing everywhere, is just such a plus for the health and wellness of the city of Cincinnati,” she said.