SUMMIT COUNTY, Ohio — A growing group of bee enthusiasts is looking beyond the snow to a time when the bees awaken, hives come alive and honey flows.

In the meantime, the Summit County Beekeepers Association has donated 100 pounds of honey to the Akron-Canton Regional Foodbank, and will deploy its annual beekeeper classes for beginners.

Each year, the association offers beekeeping classes with an indoor component in February and a hands-on session in spring, the group said.

The classes are a way to welcome new members, including those who don’t intend to have their own apiary, and to fulfil the association’s mission to promote beekeeping and educate people about bees.

“It's an addicting hobby and you develop such passion toward those bees,” said the association's president Robert Najjar. “They're like what you do to relax. It's so fascinating.”

The association has been active in Summit County since 1977. When Najjar took the helm of the group in 2019, he was a relatively new beekeeper with two years of experience. As testament to the compelling nature of the hobby, Najjar is now completing the Master Beekeeper Program from the University of Florida’s Honey Bee Research & Extension Lab.

With hives at Crown Point Ecology Center, the association offers programming for people of all skill levels who want to learn about honey bees, propagation, pollination and many other related subjects.

“Part of the training we have is to maintain those hives and keep them pristine and work on their survival and, and they produce a lot of honey for us,” he said.

Until recently, the club maintained about 40 to 50 members, but that number has risen exponentially in the past couple years, and now hovers at more than 225.

Najjar credits that growth in small part to his business and organizational skills, honed by owning his own digital security company for the past 30 years. The group‘s records are now digital and everything is documented.

But the larger reason for the group’s growth is high-quality programming, which goes on year-round and covers an array of bee-related subjects, he said.

“COVID has brought an opportunity that nobody could have ever imagined,” said the group’s vice president, Randy Katz.

Like most groups, the beekeepers turned to virtual meetings over the past two years, Katz said. That enabled them to draw experts in beekeeping and related subjects from around the world, for everything from workshops to virtual book signings.

Katz became enamored with bees several years ago when he attended a home and flower show and learned how pesticides, mites and viruses are causing a declining bee population, he said.

The presenters at the show were promoting beekeeping, so he took a class, he said, and has continued learning ever since.

Now Katz is the apiary inspector for Summit County, which has more than 400 apiaries. 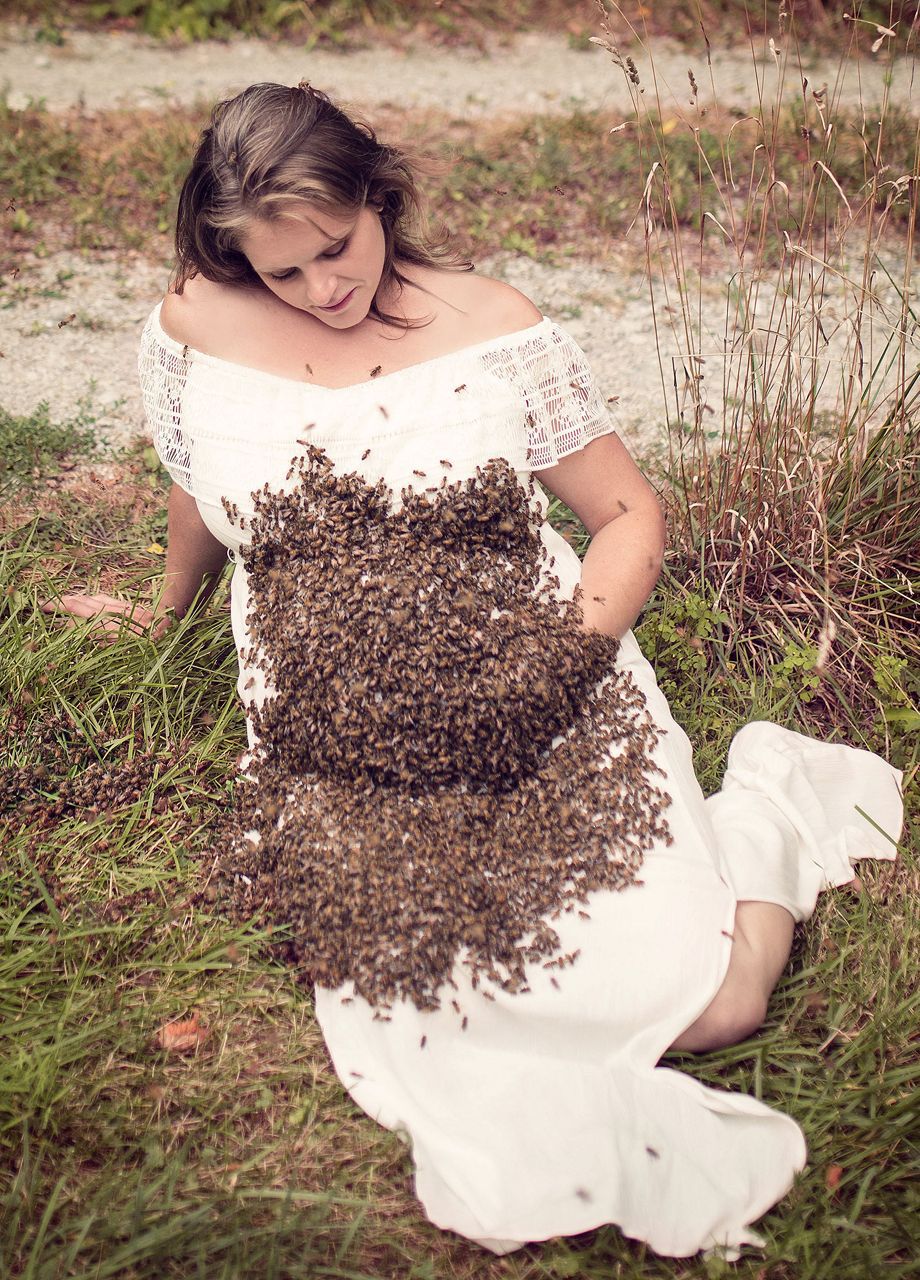 “I'll stop out and visit the folks and look at their hive with them,” he said. “Help them fine tune their craft.”

Katz is also an instructor for the association’s classes, teaching placement and regulations.

Another member and skilled beekeeper is Emily Mueller, who, with her husband Ryan, runs Mueller Honey Bee Co.

For the beekeeper association, Emily Mueller teaches beekeeping management, outlining what a beekeeper needs to know in each month of the year, as care of the hive moves through the seasons.

“It’s very important to learn month-by-month what to do in your hive,” she said. She also teaches classes on how to install bees in the hive, how to produce a queen, how to give treatments and many other topics, she said.

Mueller is known in the region as the “Bee whisperer,” after photos of her removing a honey bee hive from a local hospital made the rounds on social media.

Mueller, who was several months pregnant, wearing shorts and flip flops, appeared to remove the swarm with ease without a single sting.

Since then, Mueller has covered herself in honey bees in photos that went viral.