Mueller has done so each year since her baby boy, Emersyn, was stillborn in 2017.

While pregnant with Emersyn, Mueller, who runs the Mueller Honey Bee Co. with her husband, Ryan, covered herself with about 20,000 bees for a striking photo that went viral on social media.

Each year since, the Mueller’s have created a new photo in memory of their child, who would have been their fourth, following Cadyn, Madelynn and Westyn.

This year’s photo recreates a circus-style promotional shot, popular during the heyday of Barnum and Bailey, when viewing circus acts was considered family entertainment. 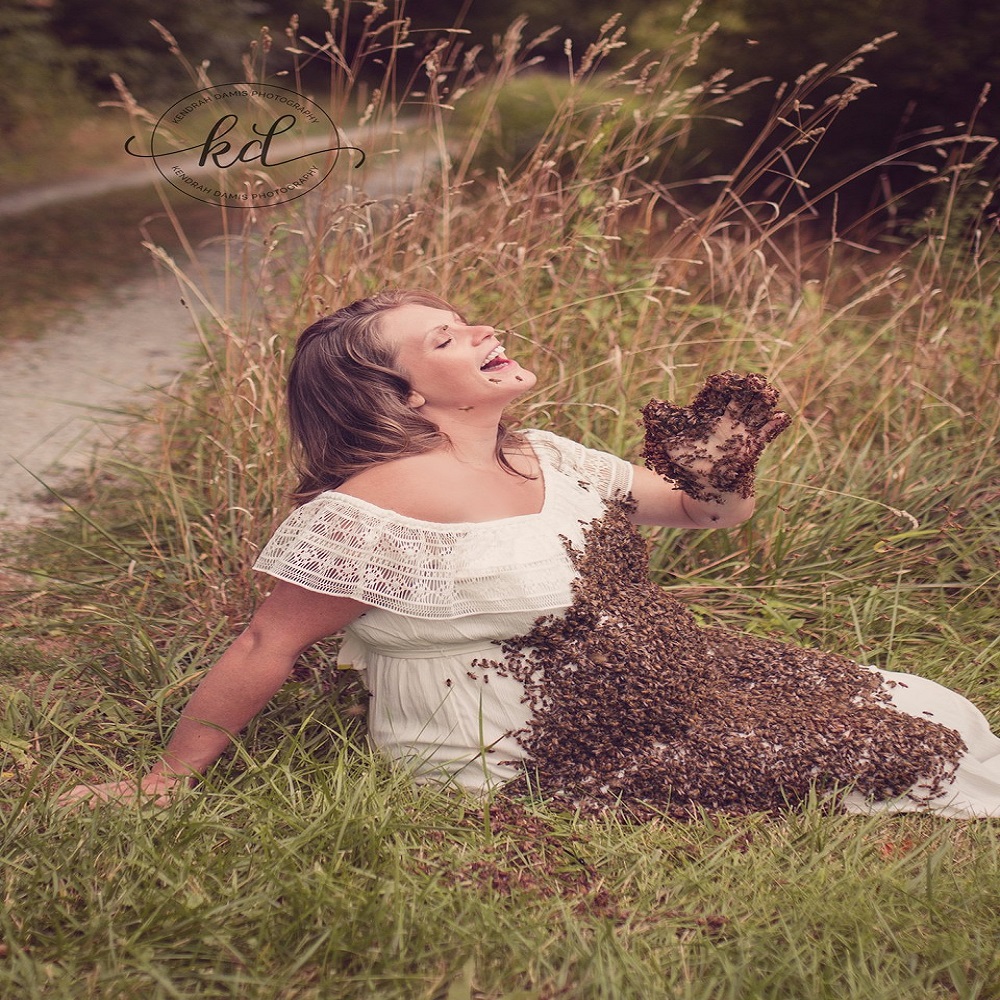 At first, Mueller wanted to be a bee-bearded lady. Then, she happened upon a dress at a thrift store reminiscent of Keala Settle in “The Greatest Showman,” which told the story of PT Barnum.

“It’s just over the top,” she said of the dress. So she decided to stage something that modeled the glitz and character of that era.

“I just do this as a way to honor my son and also I love bees,” she said. “It clicks with me and it just feels right. It’s fun and it’s something other people don’t do.”

The photos are taken each year by photographer Kendrah Damis, of Kendrah Damis Photography. This year, the photo depicts acrobats in extraordinary poses, along with Ryan Mueller blowing fire and Emily Mueller wearing a beard of bees. 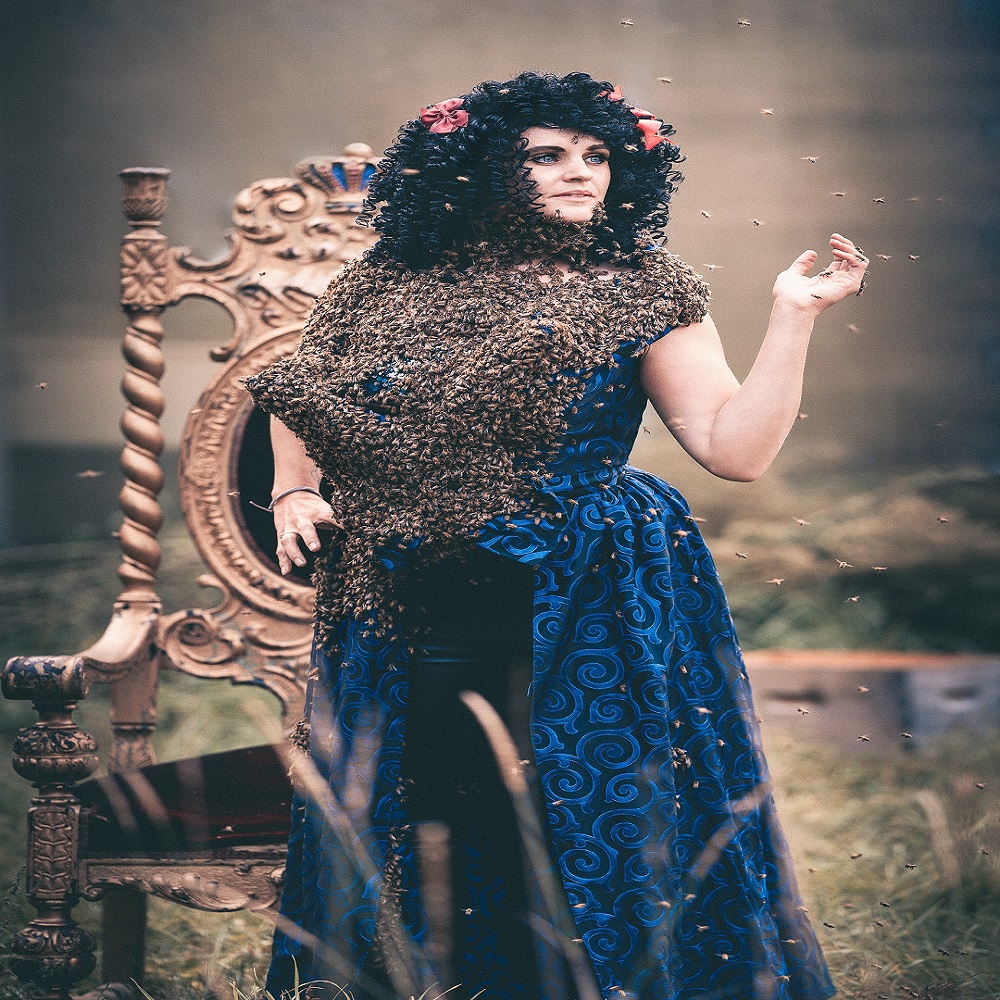 The acrobats pictured are real-life contortionists. Hanging from a lyra hoop are yoga instructors Jill Saylor and Kristi Ferrato, who teach aerial and mat yoga at Release Yoga in Green. The strong man doing a “plank” is Gyorgy Papp and Kitti Johanni is brandishing a fire stick.

Aerial yoga, a relatively new form, comprises poses performed off the ground with hammocks, and other aids.

“It’s really fun, and it’s a challenge,” Saylor said. “And it’s cool for people to come in and see what they’re capable of that they didn’t know they were capable of.”

Saylor is also a beekeeper. When Mueller asked her to participate in this year’s shoot, she was eager, she said.

“I was completely honored to be a part of that,” she said. “It turned out absolutely great,”

Last year, the Mueller’s remade an American Gothic, which promoted their elderberry syrup, sold in their online store.

Emily Mueller first made headlines in early 2017 when wearing flip flops and no gloves she removed a large swarm of bees from a building on the Summa Health System Campus.

Mueller Honey Bee Co. removes bee colonies from places they aren’t wanted without harming the bees or their hives. Removing an entire colony is called a "cutout," which can take six to eight hours.

The structure is opened and the comb is removed in sections so the bees can still live in it. Ryan Mueller developed a special vacuum to gently remove the remaining bees without harm.

The business averages 20 to 30 calls a day for removals, but the Muellers only work with honey bees - they don’t remove hornets, wasps or wildlife.