OHIO — An exclusive Spectrum News/IPSOS Poll released Wednesday highlights some of the biggest issues facing the state, and COVID-19 is what Ohioans say they care about most.

According to poll, 55% believe that COVID-19 is the main problem in Ohio.

When it come to a return-to-normal, a majority Ohioans, 70%, said it will take six months or longer. 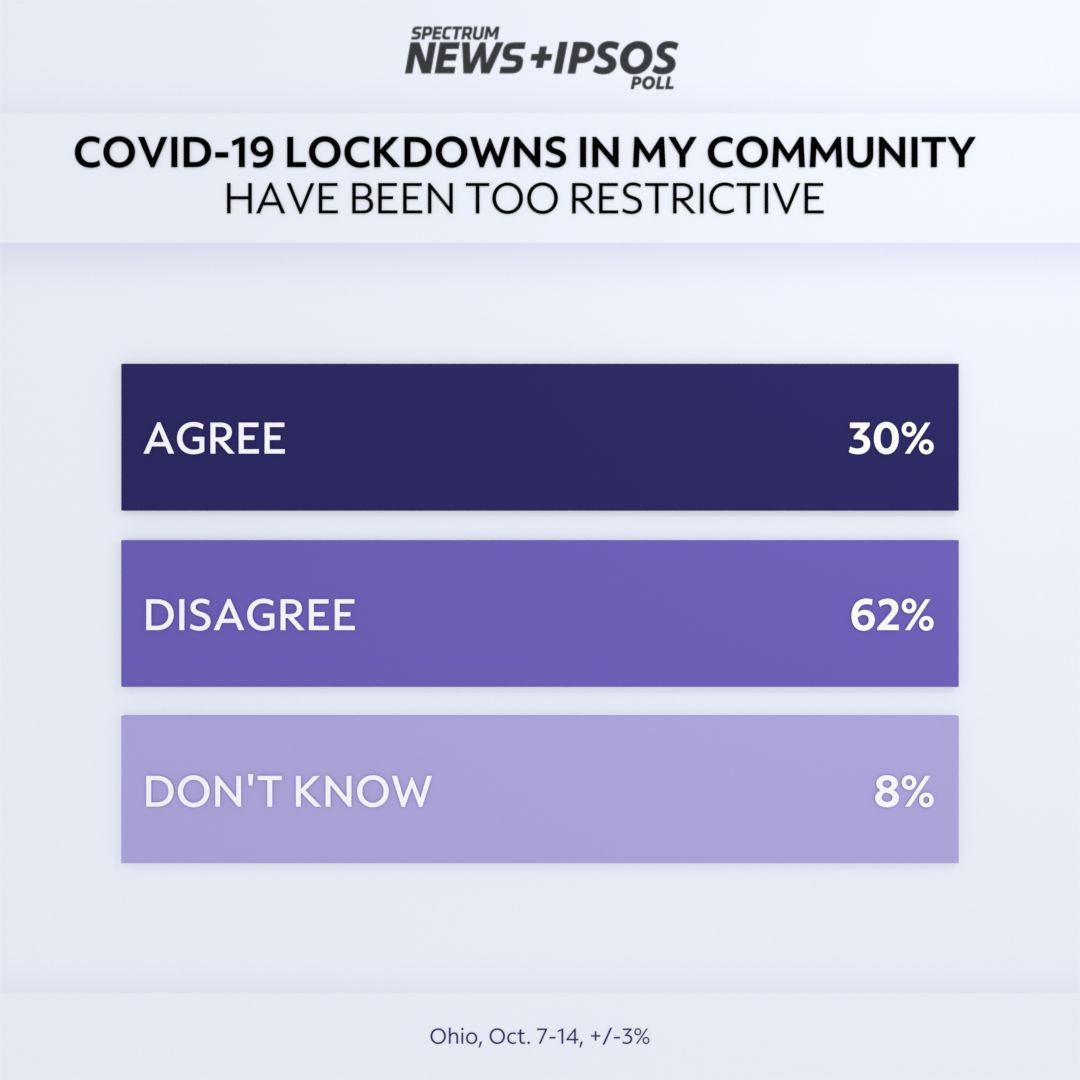 According to the poll, less than half feel comfortable dining inside a restaurant, and 49% believe early closing times for restaurants and bars have limited the spread of the virus.

The majority of those surveyed are in favor of sweeping reforms to control the spread of COVID-19. Sixty-one percent said there should be a state law mandating mask usage in public. And a mandate on mask usage was supported by a majority of all demographic groups including gender, age, income, education and race.

As for education, 46% said children have fallen behind in school due to COVID-19, but 56% also said that they think their local school district is handling the pandemic well. More than half, 54%, believe their child would be safe to attend school in-person, and 76% said that their child has the necessary tools needed to learn in the current environment. 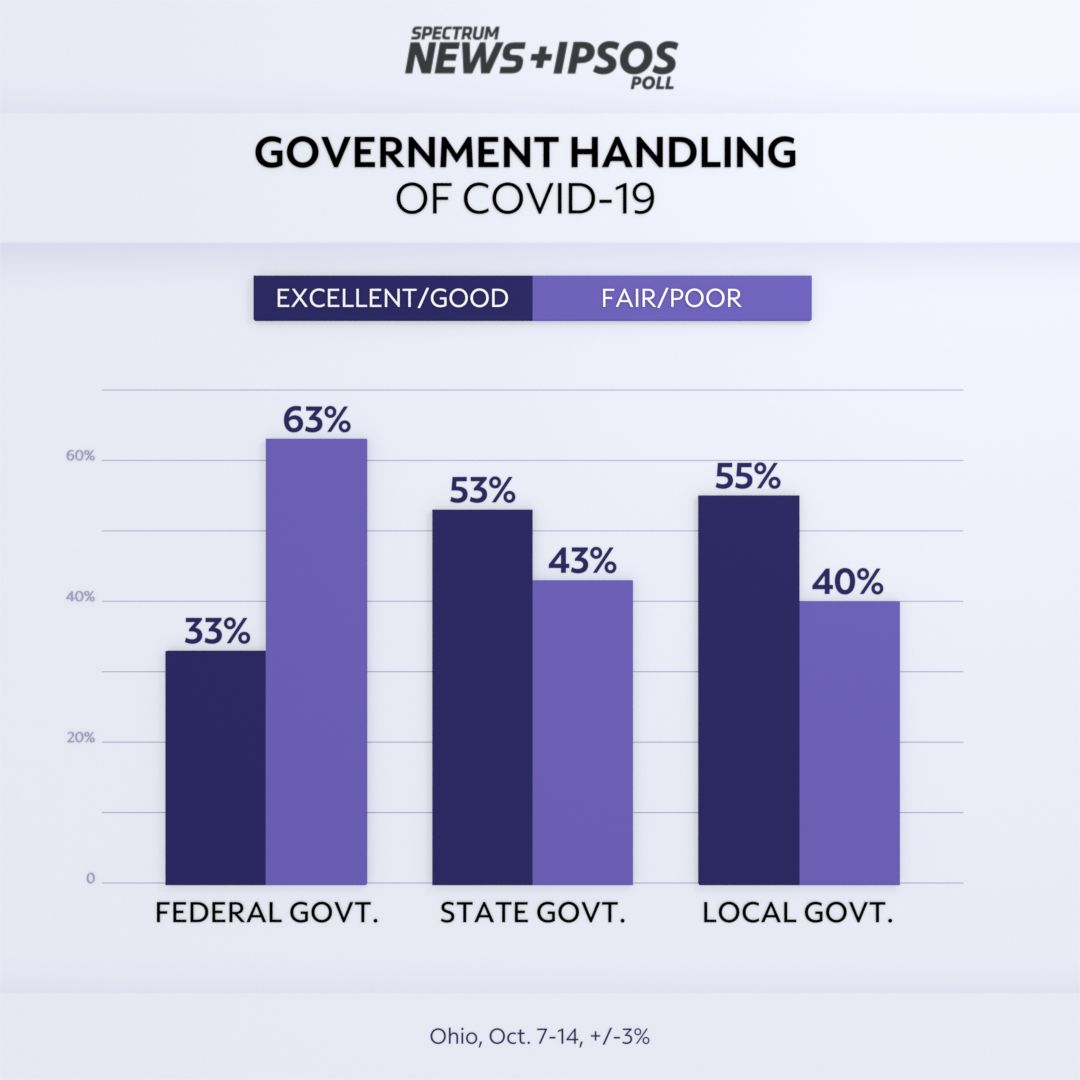 Ohioans who were polled also weighed in on topics of racial justice, defunding police and excessive force, voting in-person vs. mail-in ballots, and the favorability of politicians, particularly Gov. Mike DeWine and President Donald Trump.

In regards to the COVID-19 National Recovery Plan more than half of Republicans, 60%, said that they were more favorable towards Trump, while only 11% of Democrats felt that way. 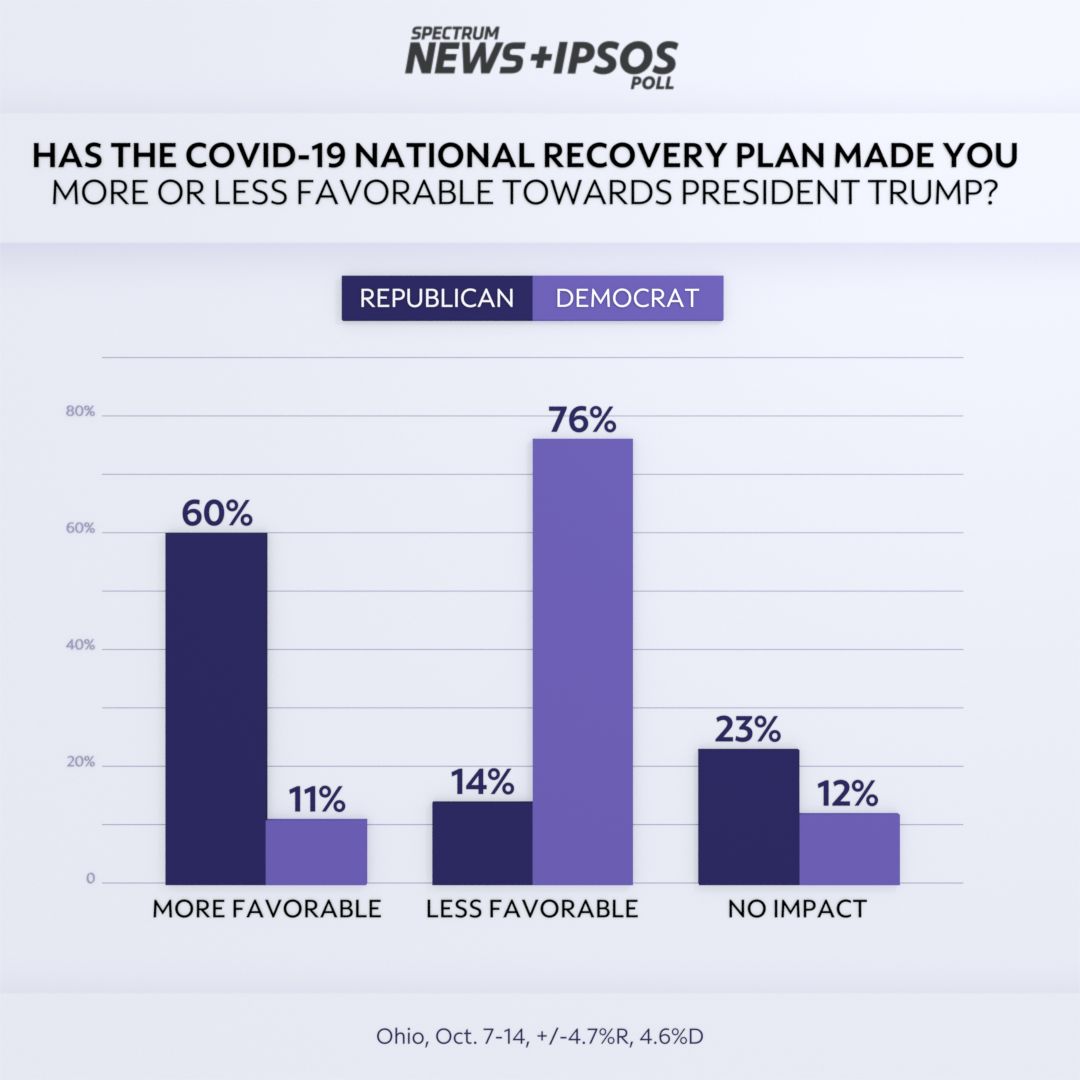 According to the poll, a majority of respondents support the Black Lives Matter movement — 46% of white Ohioans and 73% of Black Ohioans were in support. 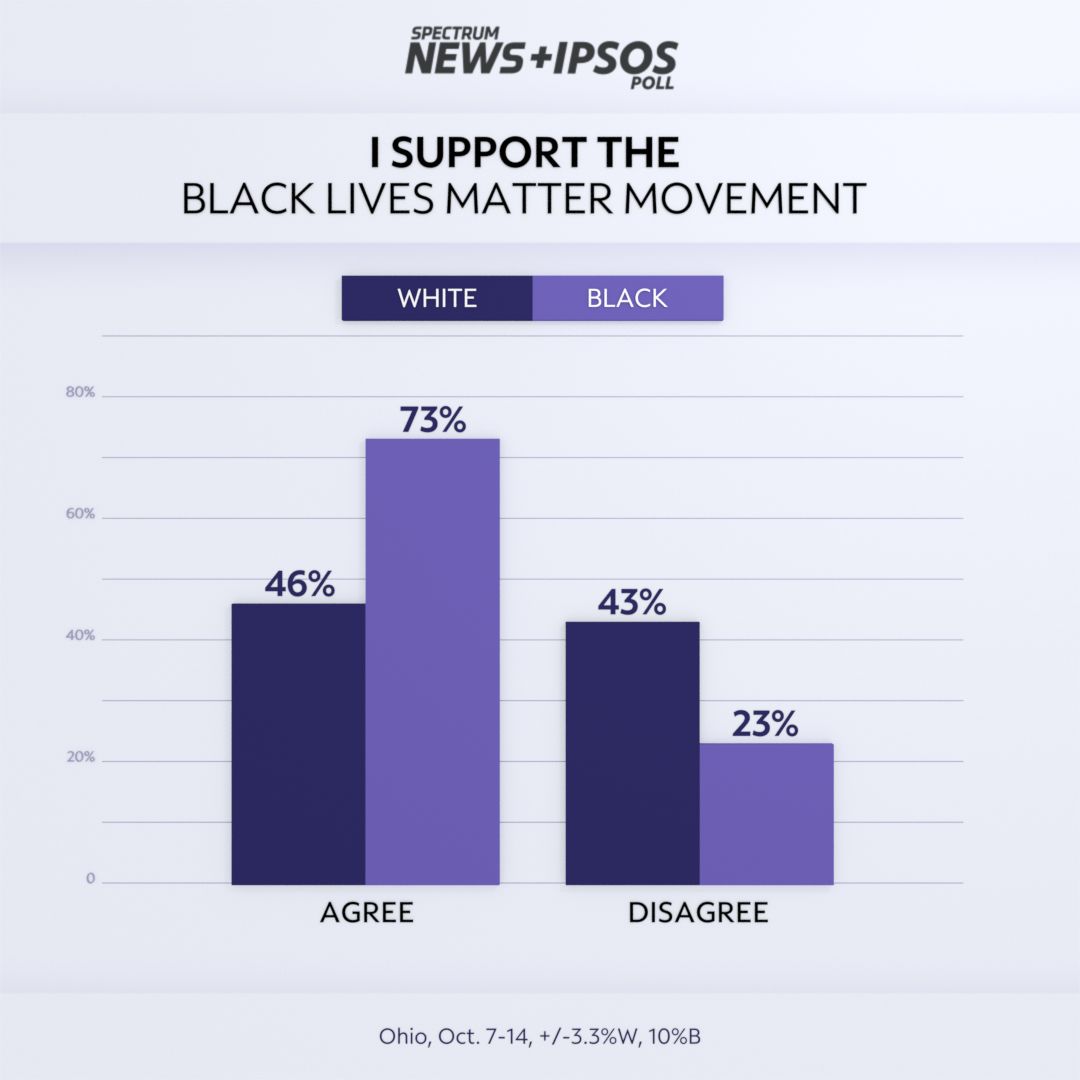 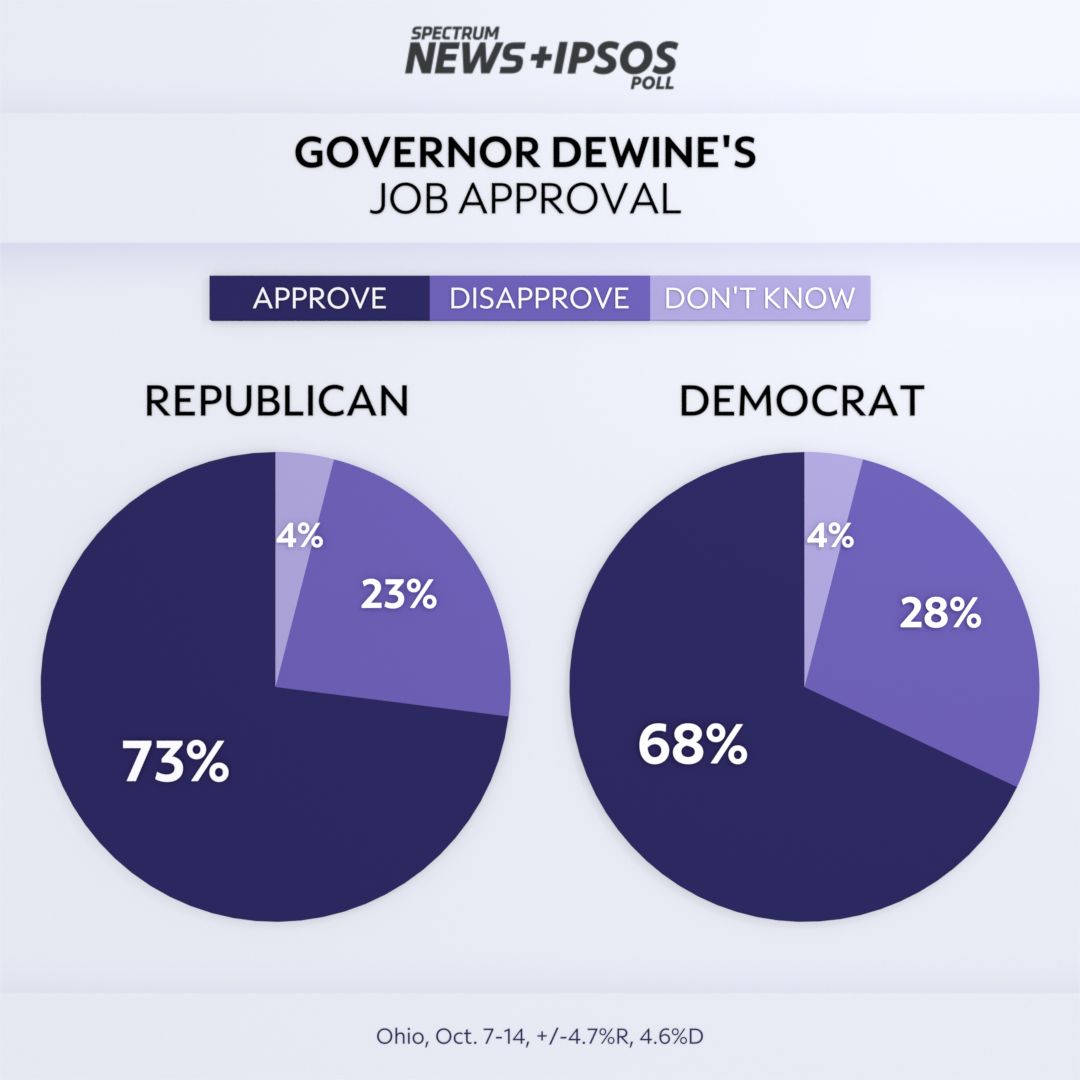 Read through the entire poll and the collected data here.