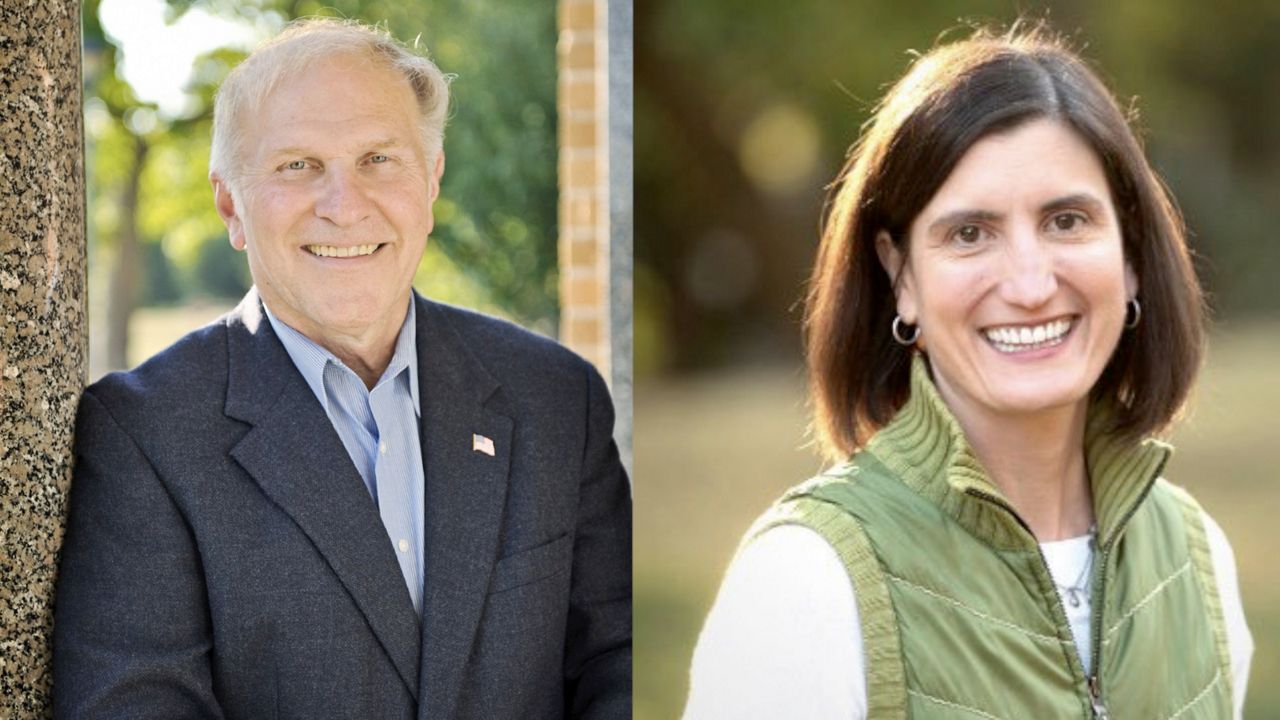 Congressional Race To Watch: Chabot vs. Schroder in OH-1

CINCINNATI, OH — For over two decades, Steve Chabot has represented the greater Cincinnati area in Congress.

He’s no stranger to tough races, having lost his seat in 2008 before winning it back two years later and having faced a well-funded opponent in 2018.

“I think that experience is a good thing,” Chabot said in a recent interview in his Cincinnati campaign office. “That's how I was able to be in a position to craft and pass and implement the Paycheck Protection Program, which saved so many jobs here, so experience can be a good thing.”

(You can watch my full interview with Congressman Chabot below or click here to read a full transcript of our conversation.)

But his opponent, former health care executive Kate Schroder, says Chabot’s constituents tell her he’s under-delivered. And Schroder is proving to be a serious challenger by using her story as a cancer survivor and a global public health expert, who spent 12 years with the Clinton Health Access Initiative, to tout her skills as a problem solver.

(You can watch my full interview with Kate Schroder below or click here to read a full transcript of our conversation.)

“We worked with governments, with drug companies, with community organizations to really bring people together and solve these complex problems,” Schroder said in a recent interview in her Cincinnati campaign office. “And those skills, I think, really do translate to Congress. That’s what we need.”

One of the factors at play in this race is experience. You have a 24-year incumbent being challenged by somebody who’s never run for political office before.

The question is whether voters in Ohio’s 1st Congressional District are looking for change after four years of President Trump? Or are they satisfied with the status quo? 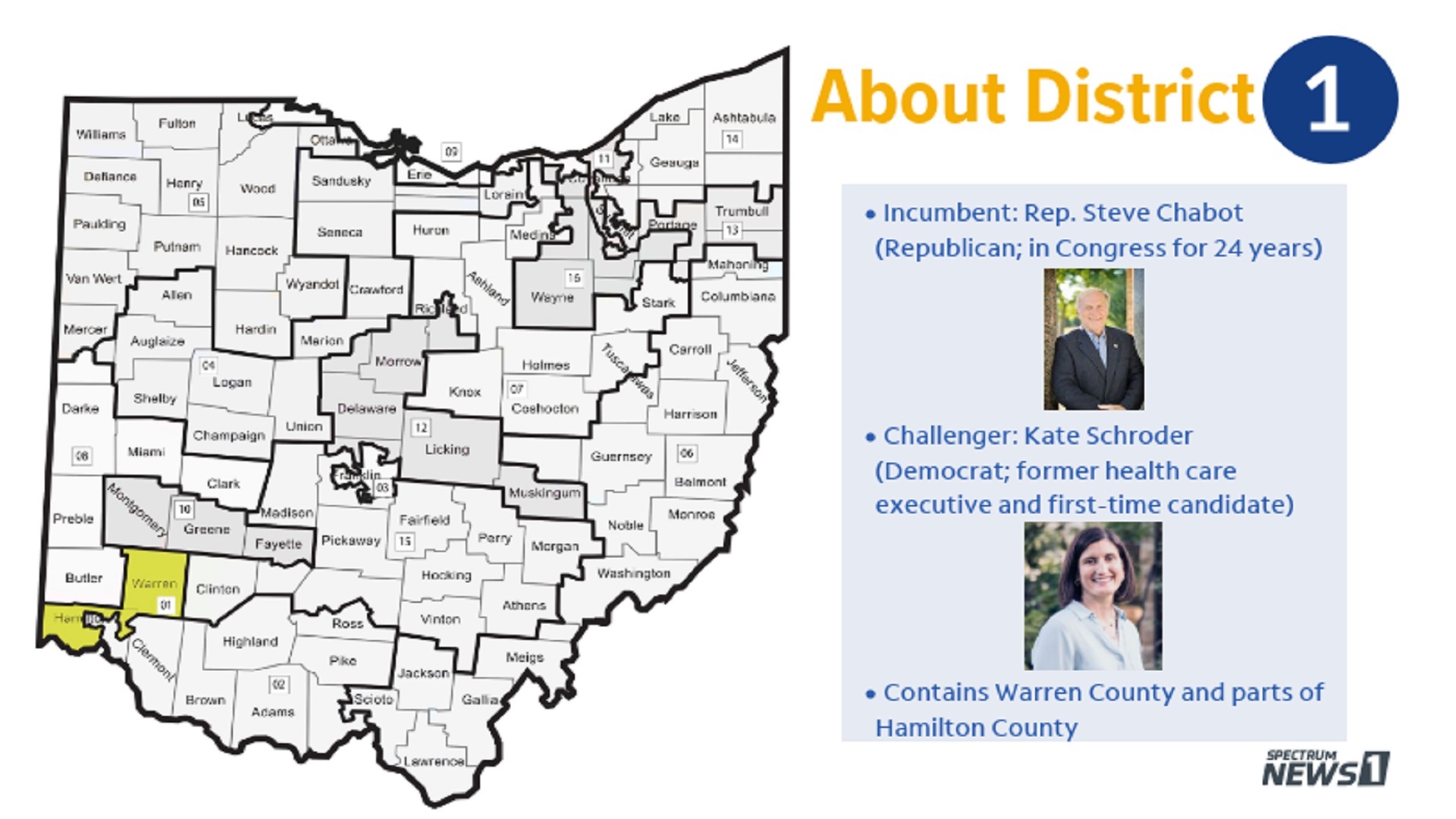 I quizzed Chabot on why he has stood by the president through Trump’s various scandals and the botched response to the coronavirus.

“Well, for the most part, I think the president is right on his policies…I don't always support the way he says things,” Chabot told me.

“Has there been a point in his first term where you've had to question your support for him?” I asked.

“Nothing comes to mind,” Chabot said. “I could think about that. And maybe there would be some things.”

Schroder said she would’ve voted to impeach Trump had she been in Congress last year, and she feels the president’s first term “hasn’t worked.”

“We've seen the results of having a leader who's more focused on himself and his own reputation than doing what is right for our country, for our communities,” she said.

The candidates clearly disagree on health care, with Chabot wanting to repeal and replace the Affordable Care Act while Schroder wants to expand it and add a public option.

Both talk about the importance of infrastructure, like fixing the dilapidated Brent Spence Bridge. But Schroder claims Chabot hasn’t done enough, while Chabot argues he’s doing all he can in a divided Washington.

The candidates are also facing off in court.

Chabot’s campaign is suing Schroder’s team for defamation for a television ad she ran that claimed “Chabot is facing a grand jury investigation for $123,000 in missing campaign money.”

Chabot’s team released a letter from the FBI that says his former campaign manager is being investigated for fraud, but that Chabot “is a victim.”

Schroder’s team has re-worded the ad, and Schroder told me she has no regrets.

“I think it's super important for voters to know what they're dealing with here,” she said.

Chabot said he feels the updated ad is still wrong and that Schroder is unfairly attacking him.

“I was the victim of a crime,” Chabot told me. “I trusted somebody who at some point turned out not to be trustworthy…I got an entirely new campaign team, a new treasurer. We're making sure that nothing like this ever happens in the future.”

Recent polls from August and September have Schroder with a small lead over Chabot.

On the fundraising end of things, Schroder raised a notable $1.7 million in the most recent quarter. Chabot raised $749,000.