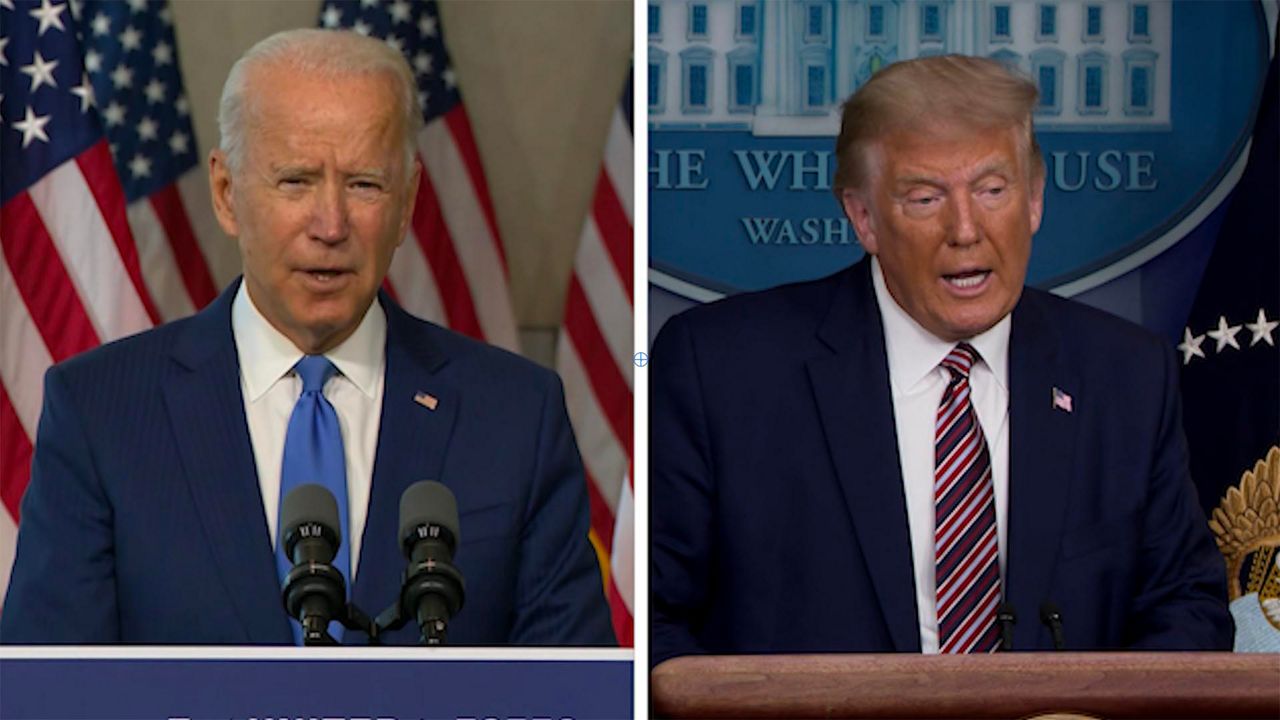 BEREA, Ohio — Election day is less than a month away.

Since January, Baldwin Wallace University has conducted four polls throughout four key Great Lakes swing states that voted for Obama in 2012 and Trump in 2016.

The fourth and final Great Lakes Poll results show once again Ohio is a toss up this election.

Former Vice President Joe Biden is widening the gap in Pennsylvania. In Wisconsin and Michigan, Biden maintains an advantage.

Ultimately, Dr. Tom Sutton of Baldwin Wallace University says two things are clear: the election will come down to the roughly five percent of voters who say they are undecided, and women have the real power.

The 47 percent of Ohioans who responded to this survey are hoping for four more years of President Donald Trump, and 45.4 percent plan to vote for Biden.

With roughly a three percent margin of error, statistically, it’s too close to call.

“The bottom line is with results this close in Ohio, it could go either way and so I’m hesitant to predict. It really does depend on that turnout. We are seeing much higher turnout for early voting, for the requests for mailed ballots and I think that’s really going to be the key as we move into election day,” said Sutton.

This election it seems women will be the key deciding voting block—especially in Ohio.

Whereas in Michigan, Pennsylvania and Wisconsin, around 40 percent of women are Trump supporters.

Sutton says this shows it likely will come down to how the women vote.

"I think particularly women in the suburban areas are what we’ve been watching.”

Respondents were asked who did a better job during the first presidential debate in Cleveland on Sept. 29. Participants chose Biden over Trump in all four states.

“I think what President Trump was trying to do was to reinforce what he's been saying on the campaign trail about Joe Biden—that he's weak. That he may be somewhat mentally limited because of his age, and he tried to show that physically in the debate by continuing to be very aggressive by attacking Biden, by interrupting the moderator, over using his time, etc. But instead Biden held his own, and, by contrast, President Trump looked too aggressive to many voters who might have been thinking about voting for him. He also very much wants to play to his base, and I think his base—those core supporters—liked what they saw. But that base is not enough for him to win an election across the country,” said Sutton.

The poll included questions about election reform, the coronavirus, the Supreme Court vacancy, Obamacare and abortion, too.

​One of the questions asked which candidate would do a better job at handling the coronavirus outbreak. More Ohioans said Biden over Trump.

Another question asked if respondents approve or disapprove of the way Trump is handling the economy. By a slim margin, more Ohioans said "strongly approve."

Participants were also asked who would do a better job at uniting the country. More Ohioans responded Biden compared to Trump.

“This close to the election we always talk about an October surprise. We’ve had several and even with those several surprises the needle is not moving much in any of these states including the four that we polled," said Sutton.