LOUISVILLE, Ky. — As more Louisville Metro Police Officers have turned in their badges, a new job recruitment effort is stretching nationwide to a city 400 miles away.

LMPD is on a recruiting spree and not just locally.

When you’re looking to hire dozens of future police officers, a giant recruiting billboard will get the message out, like this one 400 miles away in Atlanta with a simple message: ”Join us in Louisville, Laterals Welcome.”

The sign features LMPD’s police chief Erika Shields, who formerly served as the Atlanta police chief from 2016 to 2020. Shield’s resignation came following the police shooting of Rayshard Brooks and other claims of brutality by Atlanta police officers. 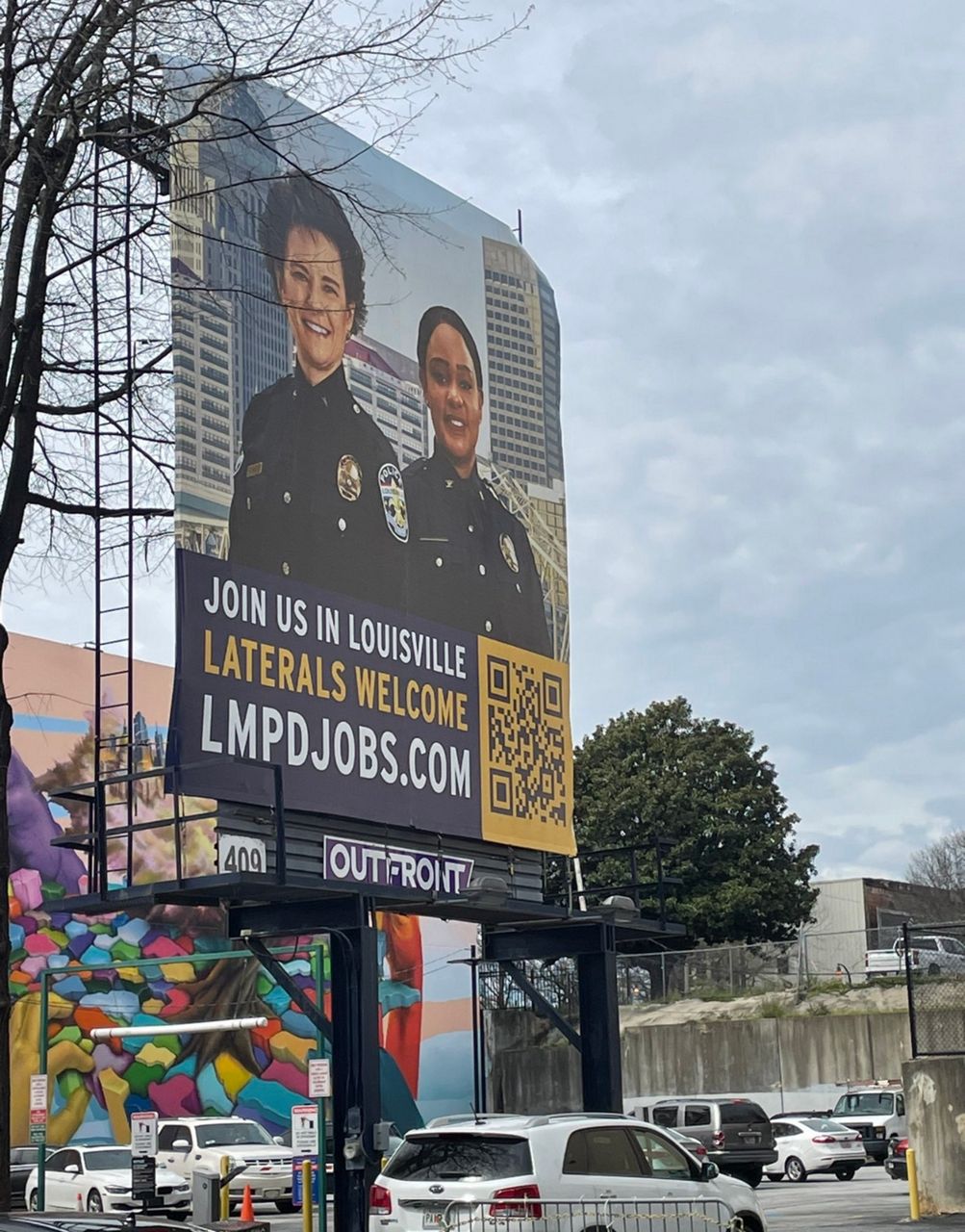 Morale has fallen within the department amid nationwide protests in 2020 sparked by the killing of Breonna Taylor and George Floyd.

According to Major Emily McKinley with LMPD’s Recruitment and Selection, the department is 200 to 300 officers short and continues to struggle to get new officers.

To combat this, Major McKinley says the department is shifting their recruiting efforts to outside of the state by hosting a recruiting event next week to attract lateral officers or new officers for their classes this summer. The event will take place in Atlanta March 23 through March 27.

Through American Rescue Funds, the department is offering an $8,000 hiring bonus and a $3,000 relocation incentive.

Major McKinley says the department is eyeing other major cities in the region including Chicago, Indianapolis, Cincinnati and St. Louis in attempt to lure away police officers.

“It’s difficult nationwide to get people to be police officers right now, but it’s more important than ever right now to attract professional people who want to do this job for the right reasons and that’s exactly what we want to do. We want to search the country for the right people, for this city, to do this job, and excel and provide a better life and community for our city,” Major McKinley said.

Currently, LMPD has 1,033 sworn personnel, according to recent data.