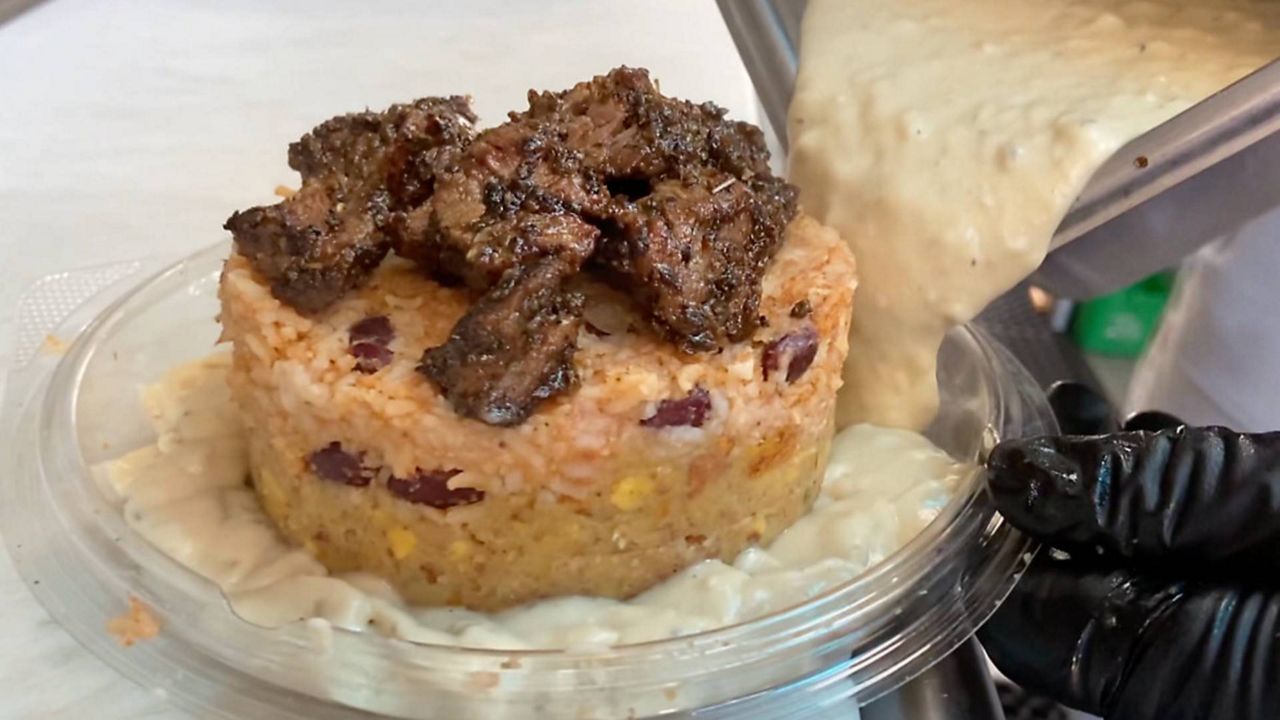 LOS ANGELES — Mashing up plantains, pork rinds, and garlic to create mofongo, a traditional Puerto Rican dish — Omayra Dakis and her team at Triple Threat Truck do this fresh for every order.

“It is a workout,” said Dakis.


But it’s worth it to Omayra and her husband George Dakis. Omayra is Puerto Rican and has been cooking this cuisine since she was four years old. George is actually 100% Greek, but having lived in Miami, he was surrounded by Puerto Rican culture.

"Miami is very Caribbean," he said. "You have a lot of Cuban food, Puerto Rican food, and Dominican food. Being on the west coast, we miss that sense of home."

The couple moved to Los Angeles from Miami six years ago. They couldn’t find the food that started their relationship and still connects them today.

"It kept us going," said Omayra. "We have been together for 20 years, and it’s something that always bonded us."

With Omayra’s kitchen skills and George’s knowledge of the restaurant industry, they decided to open their own food truck to introduce traditional Puerto Rican cuisine to L.A.

"It was almost meant to be," said Omayra. "It was our destiny."

Omayra explained how her culture’s cuisine is full of flavor and presents a perfect mix of sweet and savory. George added that it's not necessarily spicy.

You'll also find a lot of garlic, cilantro, culantro, and sofrito — which is an herb mix of sweet peppers, onion, garlic, oregano, and more.


If you want to be transported to Puerto Rico or even Miami without leaving L.A, you must try the tripleta, which is the massive sandwich full of steak, chicken, pork, potato crisps, and a special sauce.

"Tripleta is the signature sandwich," said George. "Depending on where in the island you are at, they make it differently."

The mofongo is mashed green plantains, garlic, and pork rinds shaped into a sphere and topped with braised pork and broth.

But if you can’t decide between the two, Omayra and George came up with the mofongleta. Picture a burrito — the mofongo is basically mashed into a tortilla shape and stuffed with the filling of the tripleta.

The Triple Threat Truck is the perfect place to give Puerto Rican food a chance. To find their locations, follow them on Instagram.