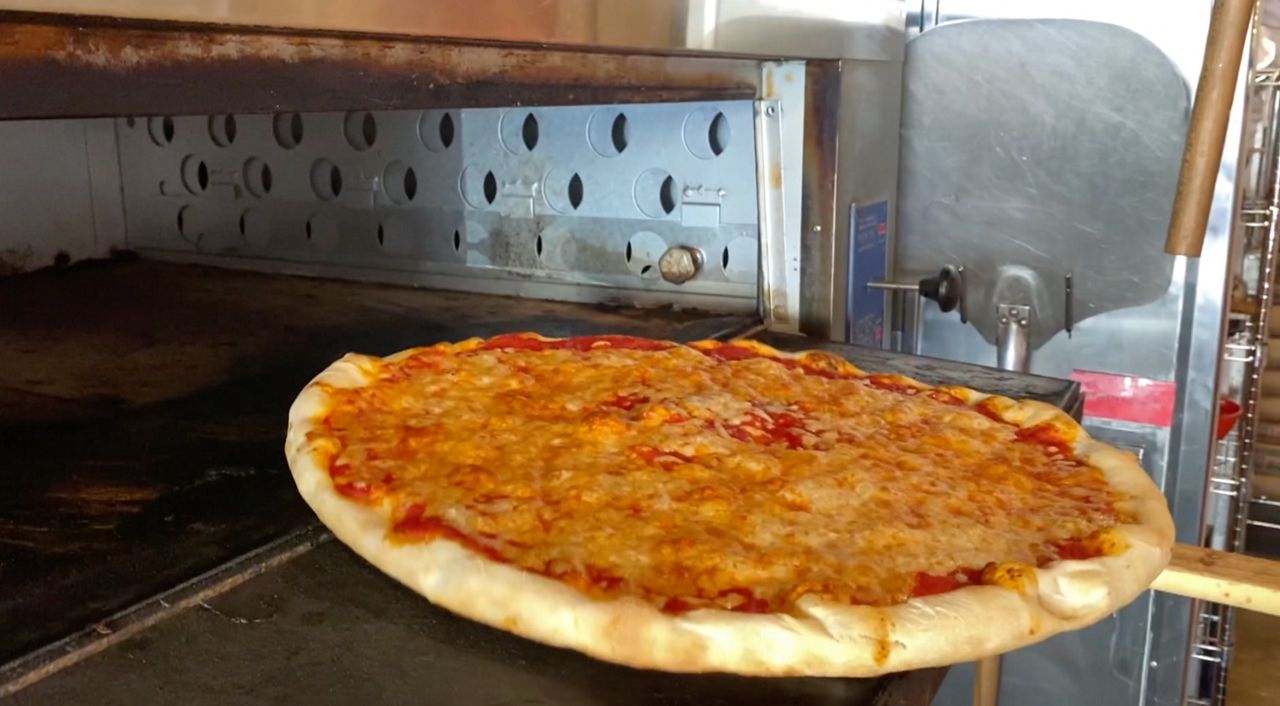 SHERMAN OAKS, Calif. — There is a special science or technique to kneading and tossing dough. Anthony Zingaro has had years of practice. He says this is what makes his New York pizza stand out.

“I felt there was a need for this pizza,” said Zingaro.

This pizza has been in his family since 1966 when the first Pizza Wagon location was opened in Brooklyn, New York. After all this time, the recipe has stayed consistent.

“My uncle developed the recipe and we just took it from him and just kept it the same and didn’t change anything,” said Zingaro.

When Zingaro and his wife moved to California, they realized they missed the traditional New York slice and decided to bring Brooklyn to Sherman Oaks. He says the claim that the New York water makes the pizza special is a myth, because he has been using L.A. water all this time, so Zingaro owes it to his family traditions.

What makes New York pizza different you may ask? It is the thin, crispy crust, with the mix of marinara sauce and cheese. Simplicity is key.

“It’s just the way it looks. People come in here and say, ‘That’s a New York slice. I can tell just by looking at it,’” said Zingaro.

Zingaro also says his dough recipe, which remains a secret to us, really sets them apart.

After crafting pizza his whole life, he says the customers keep him going, especially the new California audience.

“It’s the satisfaction of putting out a really good product and people enjoying it and telling me they love it,” said Zingaro.

Take a bite out of a New York slice at Pizza Wagon of Brooklyn located at 14522 Ventura Blvd, Sherman Oaks, CA 91403.