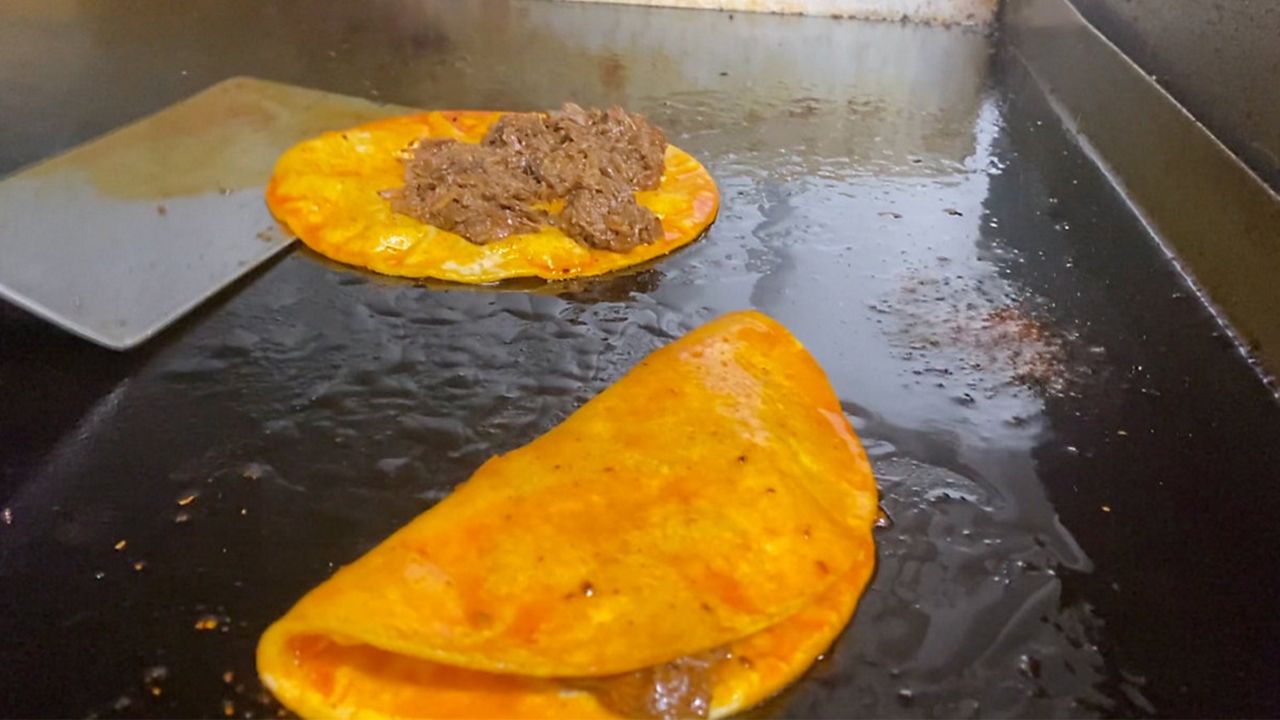 EAST LOS ANGELES — Social media is a way for people to connect, especially during the isolated time of the pandemic. But it is always a way to share information to those near and far. One restaurant owner was shocked when a tweet about his business went viral, just at the time he needed it most.

Gabriel Huerta loves putting new twists on Mexican staples, like with his keto cheese taco, to serve his community in a new way.

“There’s background to it and there’s culture in this community and we want it to flourish and continue to grow,” said Huerta.

That is why he opened his restaurant Cocina Express in East LA. Most of Huerta's family is in the restaurant business. His dad even took over his grandma’s 70-year-old bakery.

“We are surrounded by people who love to cook and who love to experiment with food. It was a natural progression for me growing up in that environment my entire life,” said Huerta.

He felt it was his turn to feed his neighbors in his way saying, “It’s rewarding, but it’s also scary."

It’s scary because of the turbulent time we are in. Cocina Express opened just before the pandemic began. Huerta said they were doing well, until the closures went into effect. Business plummeted and so did their spirits.

“It’s not just financially. It’s the morale. I can my workers, even our customers, you can sense that people are sad,” said Huerta.

This is when his wife took a chance on social media. In October, she tweeted “I’ve seen Twitter really change people’s lives, so I’m gonna give it a try.” Then shared information about the restaurant.

“I think she saw that I was day in and day out here and not a lot of return for our sweat and tears. I think she said hey maybe I can have three or four people come try this restaurant,” said Huerta.

Never expecting to actually go viral. Getting 42,000 retweets and over 71,000 likes. People from all over the country and the world wanted to lend a helping hand.

“I was kind of in shock like there’s no way,” said Huerta.

Huerta said a simple like or retweet takes seconds, but makes all the difference and he is forever grateful for the outpouring of support for his restaurant and food.

Food like the red taco, Huerta's specialty, a handmade tortilla naturally crisped on the flat top, not fried, and stuffed with birria, which is beef marinated in a stew. The red color comes from the stew itself.

“It’s the taste. It’s the crunch. It’s just a taco, but it’s good. It’s the flavors that bring it to life,” said Huerta.

The flavors of traditional and unique Mexican eats at Cocina Express located at 4241 Floral Drive. Los Angeles, CA for pickup.