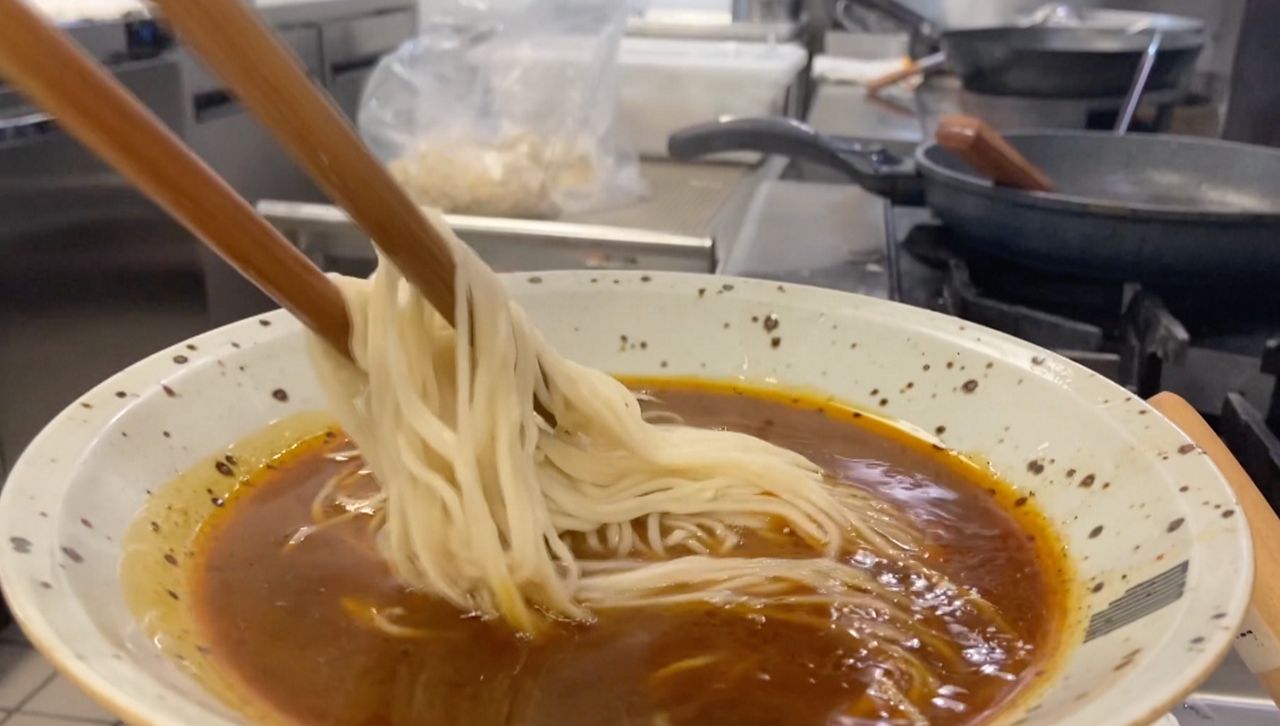 ARTESIA, Calif. — Noodles come in all shapes and sizes and feature in many cuisines spanning the globe from Italian to Asian.

“Mian is the Chinese word for noodles,” said Xie.

Each of the 15 noodle dishes at the Artesia location has a different flavor honoring Sichuan cuisine. Xie and his business partner, James Beard-nominated chef Tony Xu, wanted to represent their home region.

“When you go to China, depending on what region you go to, the food changes dramatically, so for us, because we are born and raised in Sichuan, it’s what we are familiar with and we know we can control,” said Xie.

They opened their first restaurant Chengdu Taste in a predominantly Asian community in the San Gabriel Valley, earning critical acclaim from Michelin and Jonathan Gold. They used this success to open the first location of Mian in the SGV, offering diners traditional Chinese dishes they couldn’t otherwise find in America.

“I came to this country 18 years ago and I remember the first time I went to a Chinese restaurant. I ordered orange chicken and beef and broccoli and I said to them, ‘I have never seen this in China,’” said Xie.

Xie felt it was time to introduce what he considered Chinese food to the masses. With Xu, he partnered with Bill Chait, the Los Angeles restaurateur behind Republique and Bestia, to help open more Mian locations outside of neighborhoods with a high Asian population.

“I think it helps us elevate ourselves,” Xie said.

Mian is now in Artesia with a West Adams storefront also on the way. Xie hopes it doesn’t stop there and wants to further expand the franchise.

“Right now, we are seeing they are more receptive, more willing to try authentic food from all over the world,” said Xie.

This authentic Sichuan cuisine is known for its bold and intense flavors.

"Our foods are usually spicy, numbing, sweet, salty, and all that," said Xie. "It’s a combination of flavors that makes Sichuan cuisine popular."

The main dish at Mian is the Chengdu ZaJiang Noodles, which is a dry noodle with marinated pork, special seasonings, and an egg on top. They've also created a new dish for the Artesia location; a beef rib noodle, which is more like a soup.

“It’s worth trying. Experience it at least once in your lifetime, so you don’t have to fly to Sichuan or Chengdu to get the Chengdu experience,” said Xie.

In a time when we can’t travel too far, you can find an authentic taste of China right in your own backyard at Mian, located at 11632 South Street, Artesia, CA 90701.