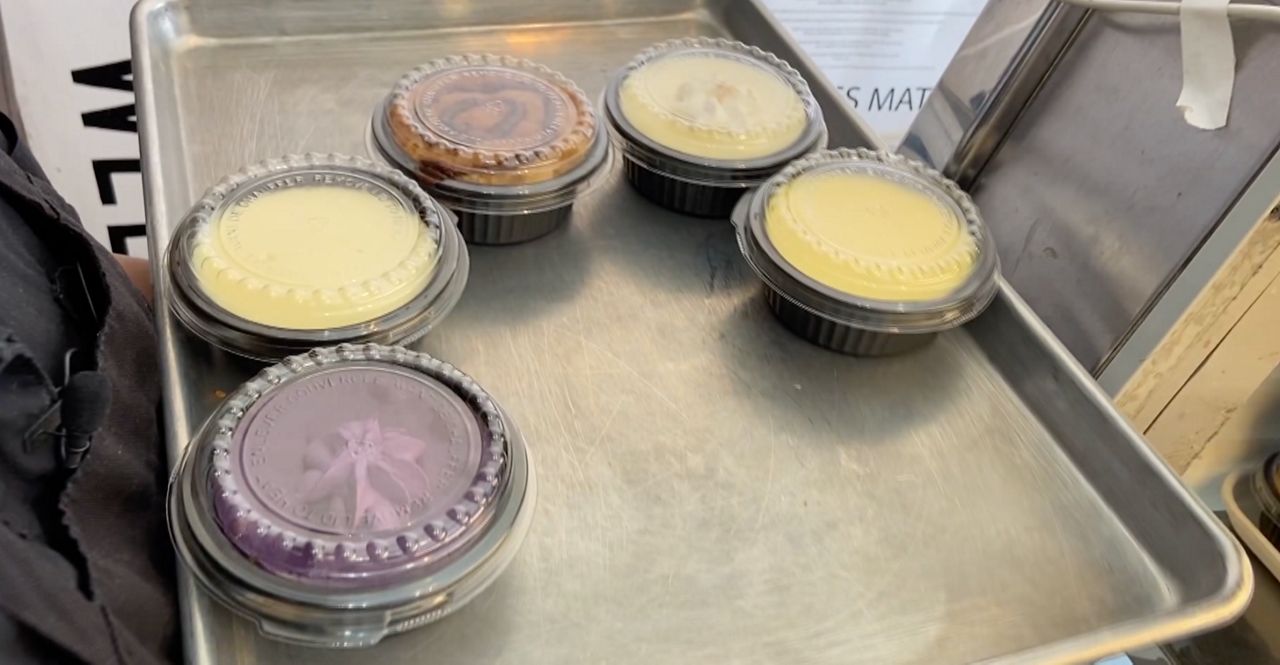 SHERMAN OAKS, Calif. — Kristine de la Cruz, owner of Crème Caramel LA, is a Sherman Oaks baker who wants to introduce Filipino flavors and traditions to SoCal through her desserts. She's not professionally trained, but she took her love of food, along with her Filipino heritage, and turned it into her dream job.

“Food has always been something that I gravitated to, not realizing that it was an actual job, like people actually do that,” said de la Cruz.

Since she didn’t realize it could be a career, de la Cruz instead worked in the music industry. But 10 years ago she quit, knowing she was unsatisfied.

"I have to pursue something that I want to do versus what I can do," she said. "I started putting together a business plan. I researched recipes I wanted to work with, then came up with Crème Caramel LA. It is a mixture of my family’s leche flan recipe but also influences of Filipino and American ingredients."

De la Cruz grew up eating Filipino dishes at home like a pandesal, the Filipino version of a bagel, but didn’t find many popular restaurants or bakeries where such food was available. So she took it upon herself to open Crème Caramel to bring Filipino cuisine to the forefront of the culinary scene in L.A.

“Seeing that you can share a part of yourself through food has always been something I gravitated towards,” said de la Cruz.


She serves her pandesal and creme caramel, which is her take on the leche flan. It is a custard that was introduced by the Spanish or Portuguese in the Philippines, except they used evaporated and condensed milk since they didn’t have access to fresh dairy.

"We always say we have a Filipino soul with a French body," said de la Cruz. "The French body comes from the technique, and the soul comes from the recipe itself. But our version is more similar to creme caramel in texture verses leche flan."

The owner takes it a step further by veering from the traditional vanilla flavor and offering many unique options including ube, honey, and mango.

"It’s a silky experience," she said. "It’s just like pudding."

Whether you want sweet or savory, you can get a taste of the Philippines at Crème Caramel LA located at 14849 Burbank Blvd. in Sherman Oaks, Calif.