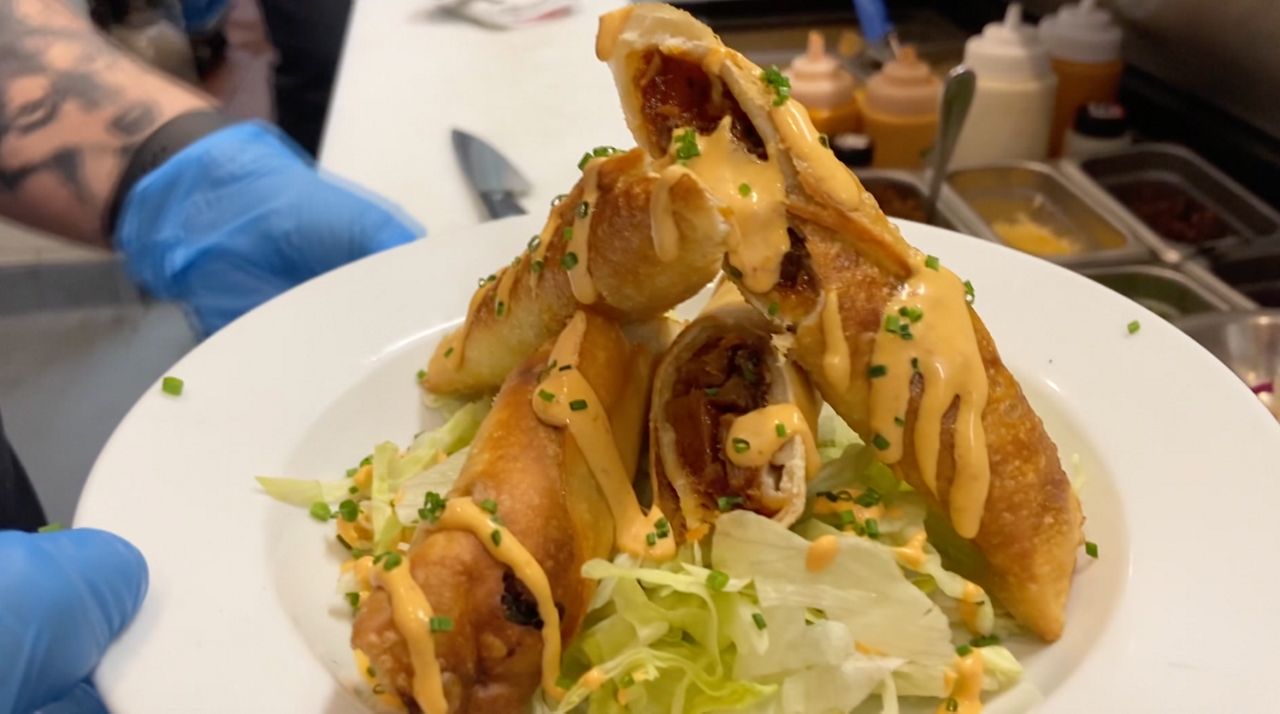 COVINA, Calif. — There are many styles of barbecue seen around the country from traditional Texas, to saucy Kansas City, and lots of pork in North Carolina. But one local restaurant is putting its own spin on classic smoked meats. Milton Arredondo and Erika Herrera, owners of Domestic BBQ in Covina, are bringing California flair to every dish.


The husband and wife duo decided to go into business together, which brought comfort especially during the uncertainty of the pandemic.

"Knowing that I have her as my partner and wife is just incredible because there’s very little we have to worry about in that sense," said Arredondo. "The trust is always going to be there."

This trust led them to opening not one, but two locations of their successful Domestic BBQ destination, the newest in their hometown of Covina. Both left corporate jobs to turn their weekend hobby into a full-time career.

“It’s about seeing people smile and enjoy your food. When someone tells me, 'your food was great,' it’s the biggest blessing. Being able to feed the soul in a sense,” said Herrara.

Arredondo is a trained chef, while Herrera learned from her best friend. The two have been lucky enough to travel the country and learn every style. They use the foundation of classic Texas barbecue but then add their own California flair.

“It pays homage to the forefathers of barbecue, at the same time respecting what they did but bringing it on our turf on our plate,” said Arredondo.

Instead of just smoking meat with salt and pepper, they smoke with their secret blend of 16 spices. Then they put the various meats on the grill and lather with barbecue sauce. It’s not traditional, but it’s theirs.

“It caramelizes and it glazes so that the additional umami we like to bring on our style with the California barbecue,” said Herrera.


Domestic BBQ is known for its massive beef ribs, but what really stands out are the brisket flautas. The dish is the perfect blend of California and Mexican cuisine, plus barbecue. The sauced brisket is stuffed in the flaky flauta and drizzled with a chipotle crema.

"It’s a really, really nice crispy, very smoky, and a little bit of sweet on top," said Arredondo. "It hits all the senses and one of those things I don’t think anyone does around here."

Everything is made fresh in house — from the dry rub to the sauces, dressings, and more. The couple hopes their customers notice.

"We love cooking, and that’s why our entire team, when you come in, they are going to make you the best food they can make because we are passionate about what we send out," said Herrera. "It’s our name on the plate. It’s our sweat our time."

Recognize the time and love put into every plate at the Domestic BBQ locations at 325 N Citrus Ave. in Covina and 110 Glendora Ave. in La Puente.