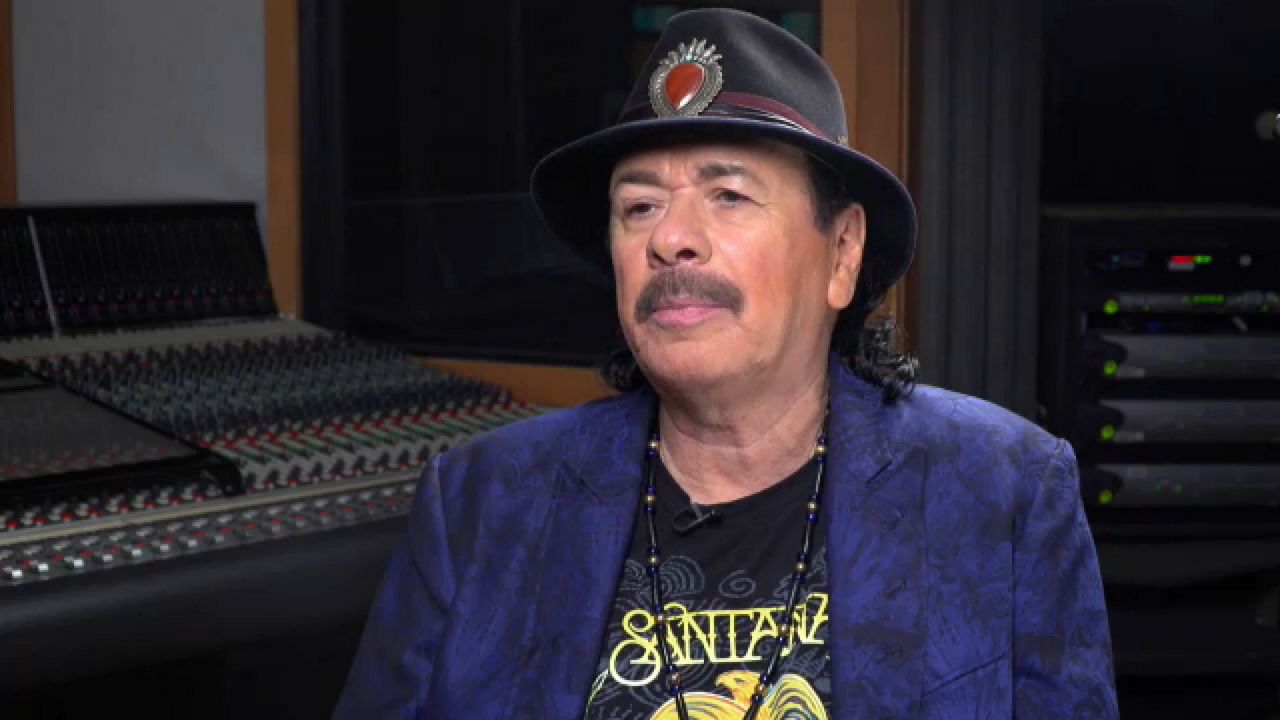 Music icon Carlos Santana is opening up about his decadeslong career.

Now in his 70s, the revered guitarist shares what inspired his recent album "Africa Speaks," which he describes as "mystical medicine to heal a crooked world."

In this episode of "LA Stories with Giselle Fernandez," Santana discusses his mysterious spiritual inspirations, voices and angels that he says speak to him, guiding his life and the music he writes.

Be sure to catch Santana's full conversation with Fernandez in the new episode of our podcast "LA Stories Unfiltered" here:

Hear much more: The unfiltered, in-depth interview with Carlos Santana

The Rock & Roll Hall of Fame inductee says he believes in the power of music and wants to remind people to find compassion in their lives.

“Feel your divinity, feel your light,” he says. “And then you will be able to create miracles and blessings.”

In a powerful and poignant moment, Santana opens up to Fernandez about being sexually abused at age 10 by a pedophile who lured him back and forth across the U.S.-Mexico border. He explains that it took over 40 years — and the guiding voice of one of his angels — to speak up about the experience in order to reduce his shame, pain and anger.


Remarkably, Santana has forgiven the man who preyed on him. He shares how he did it and the impact that it has had on his life today.

"I said, you can go to the mirror, look at yourself and say, 'I am not what happened to me. I am free. I still am as God created me.'"

Santana's experiences as a child have made him particularly concerned about the welfare of children around the world. Fernandez learns about about his Milagro Foundation, which is serving children in Southern California. He also discusses the Carlos Santana Arts Academy in North Hills, which funds music and arts programs for underserved youth.

We also catch a glimpse of Santana and his wife mentoring young musicians with the Little Kids Rock foundation via video chat during the COVID-19 pandemic.

"We need to invest in the children because they're the ones who are going to create a new world," said Santana.