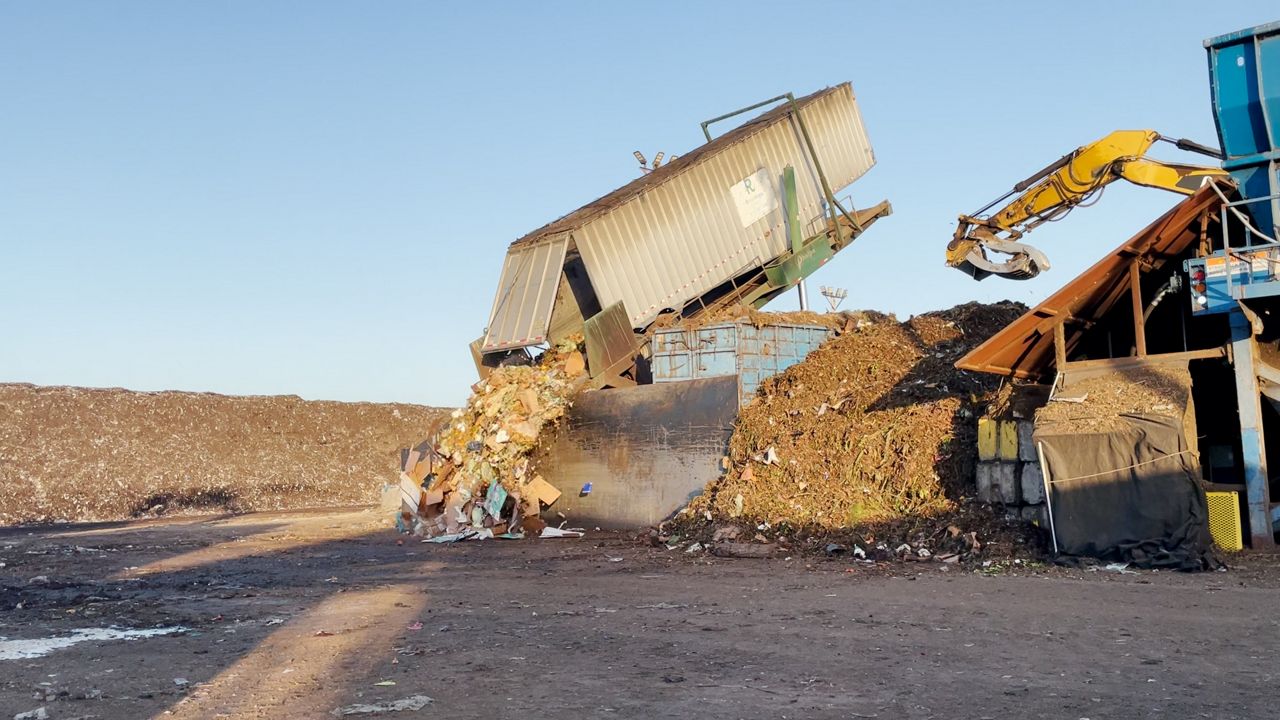 San Francisco was the first city in the country to establish a food composting program more than 26 years ago. (Spectrum News/Daniela Pardo)

SACRAMENTO, Calif. — Californians throw away nearly six million tons of food scraps each year, according to data from CalRecycle. A new state law that went into effect this year requires cities and counties to separate organic matter from other trash in hopes of reducing food waste in landfills.

San Francisco was the first city in the country to establish a food composting program more than 26 years ago.

“Our success in this program has helped inspire a statewide law that all municipalities in California have to reduce the amount of compostable material they send to landfills by 75% by 2025,” Reed said.

“Composting your food scraps can make an enormous impact in helping protect the environment,” Reed said.

“All these things came from a farm and they ought to be turned into compost and go back to a farm,” he added.

Reed explains food scraps such as banana peels, egg shells and coffee grounds are all examples of compostable items. In San Francisco, residents have separate bins for their compostable materials, which end up at one of Recology’s composting facilities.

Once the items arrive at the facility, they are separated from other trash that can’t be composted.

“This facility receives 1,200 tons of food scraps and yard trimmings every day,” said Reed, while visiting one of Recology’s sites in San Joaquin County.

Reed explains the whole process takes about two months to complete before the scraps are transformed into compost.

“Compost is a natural sponge that attracts and retains water, so farmers love to put a lot of compost around the roots of their plants,” Reed said.

Frank Olagary, owner of Blossom Vineyards, uses compost and says it’s helped him save water and money by having to use less synthetic fertilizer.

“When it rains like 6 inches, the water only penetrates like 3 or 4 inches into the compost, so that tells me it’s retaining a lot of water,” Olagary said.

In Los Angeles, there are 18,000 homes that are currently participating in a curbside compost pilot program. The city plans to expand the program to 40,000 households by this summer and 750,000 by the start of 2023.

As for Reed, he’s hopeful the new law will lead to more states doing their part to protect the environment by reducing methane emissions.

“There’s a lot of things in our world that we can’t change," Reed said. "This is something that’s within our reach — that we can change."