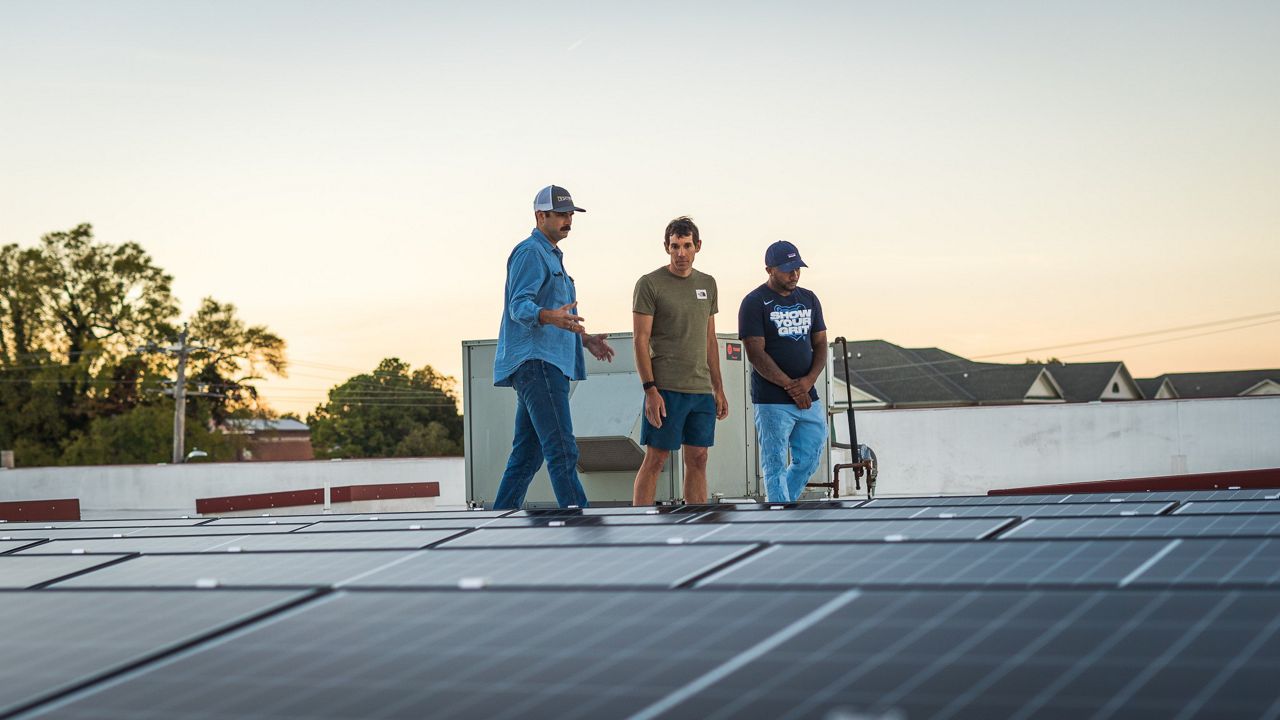 World-famous rock climber believes in solar equity for all

SAN DIEGO — Alex Honnold is a world-famous rock climber best known for climbing El Capitan and Half Dome at Yosemite without a rope.

Through his experience as a climber, he started the Honnold Foundation, which supports solar energy for a more equitable world. The foundation gives grants to community organizations whose projects are innovative, equity-focused, and have the potential to shift the narrative on what is possible for energy access worldwide.

“Basically sprung from the fact that as a climber, I’ve traveled widely and saw that there is a great need for environmental protection of the world and also a need to help the billion or so people on Earth who don’t have access to power,” Honnold said.

“Solar can be a way to help mitigate wildfire season,” Honnold said. “Solar is just a great way to de-carbonize the grid and move away from fossil fuels, reduce climate change and therefore, hopefully, minimize the destructive power of forest fires in the long-term.”

The project also involved building solar power storage on houses to help when the power company turns off power when there is a threat of wildfires.

“A lot of people lose everything in their fridge, they lose access to medications,” Honnold said.

Being a father to a newborn girl has given him a different perspective on the climate crisis.

“If anything, this is why you worry about the environment. It is crazy. I just had a daughter, and she’s chiming in the background,” Honnold said. “When she grows up, there may not be coral reefs left on the Earth.”

He even created a list of things he believes people can do to create a better world.