LOS ANGELES — While working as a television producer, Lindsay McCormick was always on the go.

McCormick, a former surf instructor in Los Angeles, would travel to film nature shoots every week.

While traveling, she would always reuse her shampoo and conditioner bottles. But one thing she noticed was she had a bad habit of throwing away those mini plastic toothpaste tubes.

Before traveling for a shoot, she'd buy a travel-size toothpaste, use it and discard it. There was no way to reuse it.

"I was throwing these things away every week," said McCormick to Spectrum News. "It was so wasteful, and those plastic tubes aren't biodegradable. They stay there in landfills."

She later learned that more than a billion plastic toothpaste tubes end up in oceans and landfills worldwide every year.

"That's more than 50 Empire State Buildings worth of toothpaste tubes that end up in our landfills or oceans," she said.

That was her eureka moment to do something about it.

From that point in 2016, she aimed to create a toothpaste alternative, one more friendly to the planet and one that wouldn't need any plastic packaging.

Her solution was to make toothpaste tablets.

That was how Bite, her company, first began, she said. 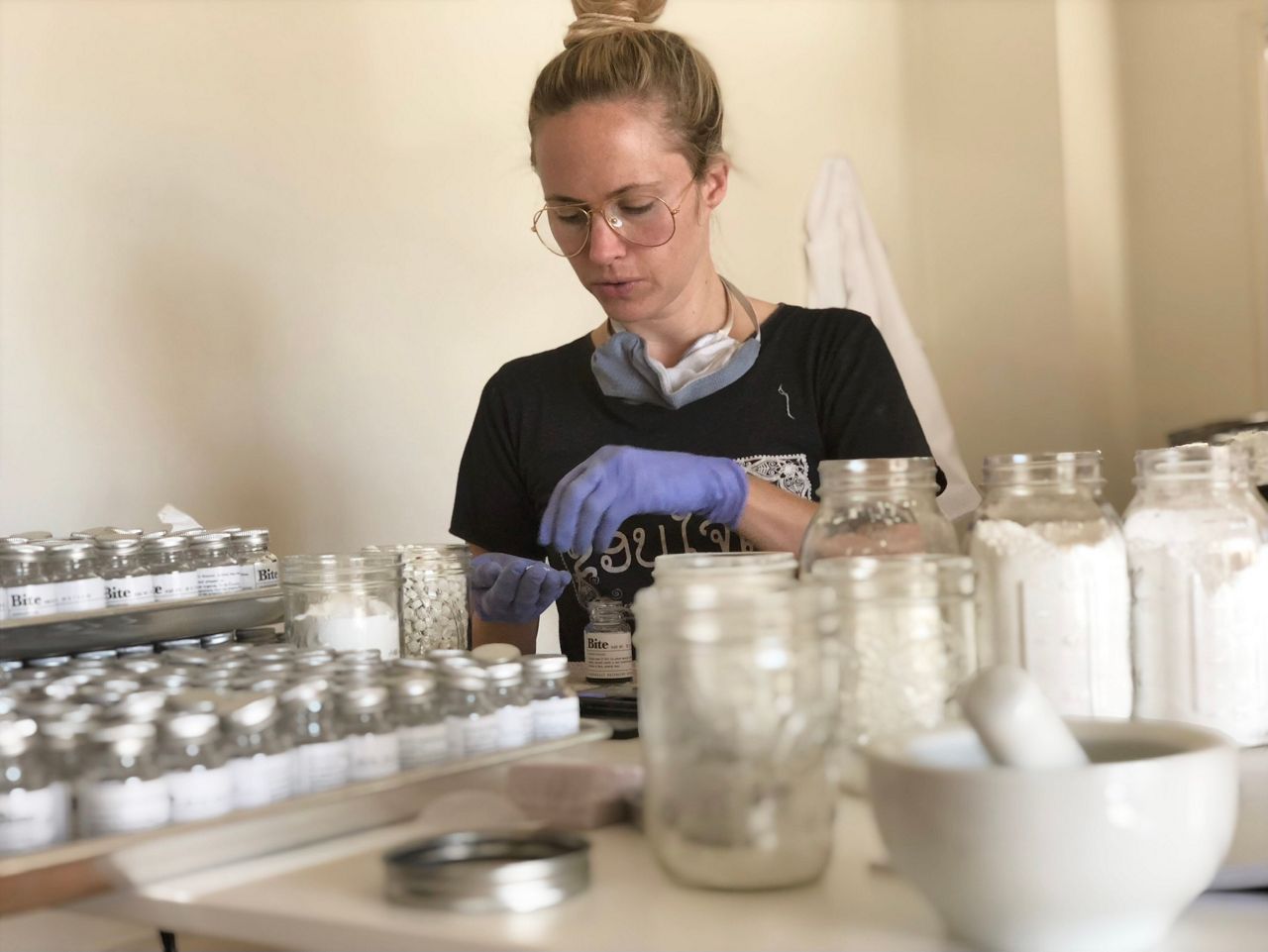 McCormick said she knew very little about chemistry or how one would make a toothpaste tablet.

For more than a year, she interviewed dentists and dental hygienists. She researched various forums on social media and took several open-source chemistry classes. And later, she bought a tablet pill press machine.

After much trial and error, she found a perfect formula.

The toothpaste tablet is made out of nano-hydroxyapatite, an alternative to fluoride that remineralizes teeth.

The tablet is about the size of a Smarties candy. Customers place the pill in their mouth, bite down, and brush the powder with a wet toothbrush.

She said the tablet is more natural since it doesn't have artificial flavors or chemicals found in traditional toothpaste. The tablets are also stored inside a refillable glass container and not in plastic packaging.

Customers can buy the tablets online through a subscription of about $30 every four months.

By using social media to promote her product, Bite took off. She found that several customers also cared about the planet as much as she did and looked for plastic-free alternatives in their personal care products.

In February 2020, she and her boyfriend, Asher Hunt, who also helped co-found the company, appeared on Shark Tank to pitch their company.

Businessman Kevin O'Leary and Dallas Mavericks owner Mark Cuban loved the company and offered a six-figure investment into Bite. But she turned both of them down because they asked for a 15% stake in the company.

Still, the showcase and free advertisement were excellent moments for her and the company.

"There needs to be a shift in consumer mindset before that can happen," she said. Since they were little, people have been conditioned to use toothpaste to brush their teeth.

She said using a tablet "feels weird at first" and will take a lot of getting used to for people to make a significant change in their daily habits.

Still, it'll be worth it. While Colgate has made recent efforts to create a recyclable toothpaste container, that's only one major brand making a change in plastic packaging.

For this Earth Day, McCormick asks her customers to contact their local Congressional representatives to support the Break Free From Plastic Pollution Act.

The BFFPPA bans single-use plastic items that are not recyclable, holds plastic manufacturers responsible and prohibits plastic waste from being shipped to other countries that can't handle it.

Customers visiting the Bite website will see a pop-up allowing visitors to fill out some information and send their representatives a letter supporting the BFFPPA. Customers will also receive a 25% discount on their order.

"Our belief is we can do little things to create change," she said. "When people understand what we're up against, plastic pollution and climate change, they want to save the planet."