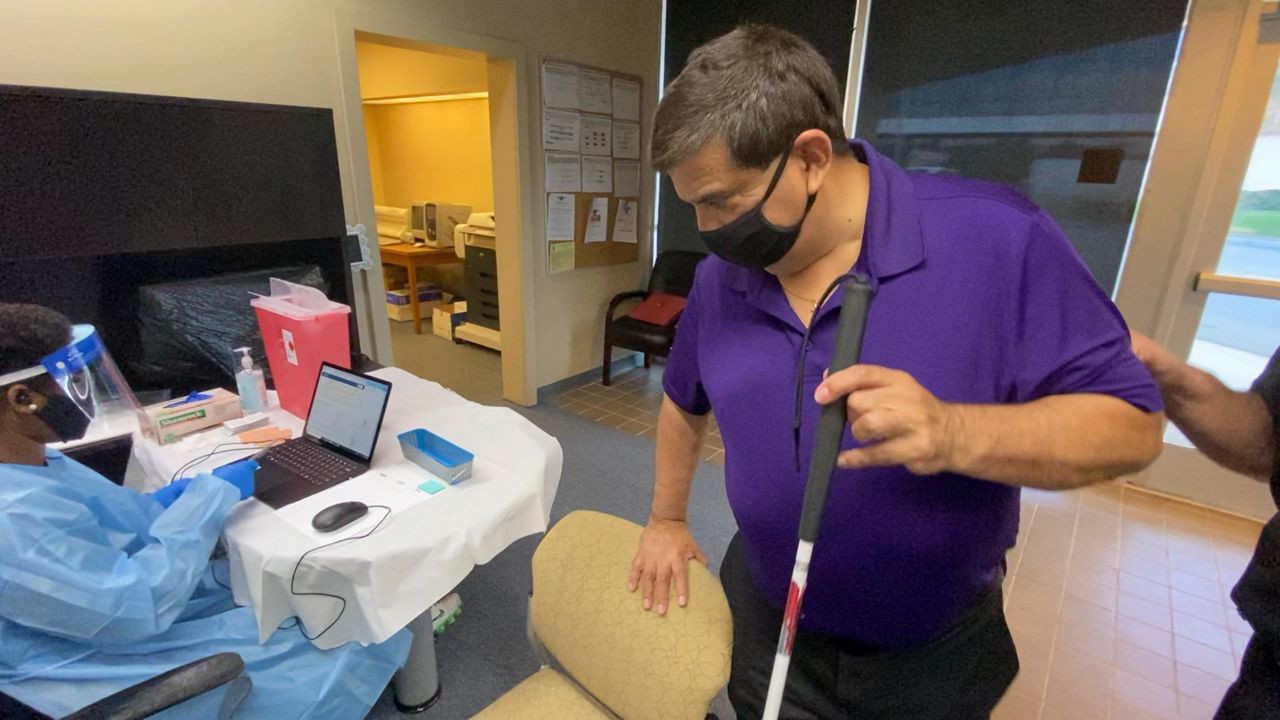 Pete Benavidez is one of roughly 87,000 people in the Inland Empire who is visually impaired.

He was born with a condition that affects his retina and has slowly robbed him of his vision.

"I used to be able to see faces," Benavidez said. "I used to see my children, the color of their hair, their eyes. As you lose your vision, you lose that, so it’s all memory."

But there is one moment he has been anxiously awaiting: the chance to get a vaccine.

"I made a personal vow to myself that I was going to take the shot here in the building that I work," he said.

Benavidez is the head of the private nonprofit organization Blindness Support Services in Riverside, which has been around for more than 20 years and promotes the independence of people who are blind or visually impaired.

Benavidez explained how access to the vaccine has been especially challenging for his community.

"You know, we have [a clinic] in Coachella and so and so place. We can’t get there. Well, there’s a drive-thru one at the medical clinic. Well, blind guys don’t drive," Benavidez said.

So he approached Riverside County back in January about bringing a vaccine clinic to the center for his students and their families.

The clinic was set to offer the Johnson and Johnson vaccine until the news spread that it was being temporarily pulled due to blood clots. Benavidez worried his clinic would be canceled.

"It took a long time just to get it to happen and I thought, oh my goodness. Now what? But as you can see, it turned out," he said.

Benavidez noted that the pandemic posed some unique challenges for the blind and visually impaired, who couldn’t see when buses were out of service due to limited capacity.

"When they’re looking at the bus approach, above it, it will say not operating, but we stand and wait and then when it goes on by, we have to wait another 30-40 minutes," he said.

As for shopping: "What I don’t see is the little 'x' on the ground that the stores use for social distancing, so a lot of times, it’s, 'Uh, sir can you back up?'" Benavidez said.

And when it comes time to pay a cashier: "You reach [out] and hand it, and all of a sudden you hit the plexiglass," Benavidez said. "Not being able to see like everyone else, you feel half of a person."

He has learned to make the best of his situation, however, and has taught thousands of students how to live productive lives while raising public awareness about blindness.

"Don’t be nervous to be around them. They’re just a person who happens to not be able to see like you do," Benavidez said.

Because of his vaccination efforts, the coronavirus is likely one less challenge he’ll have to face.