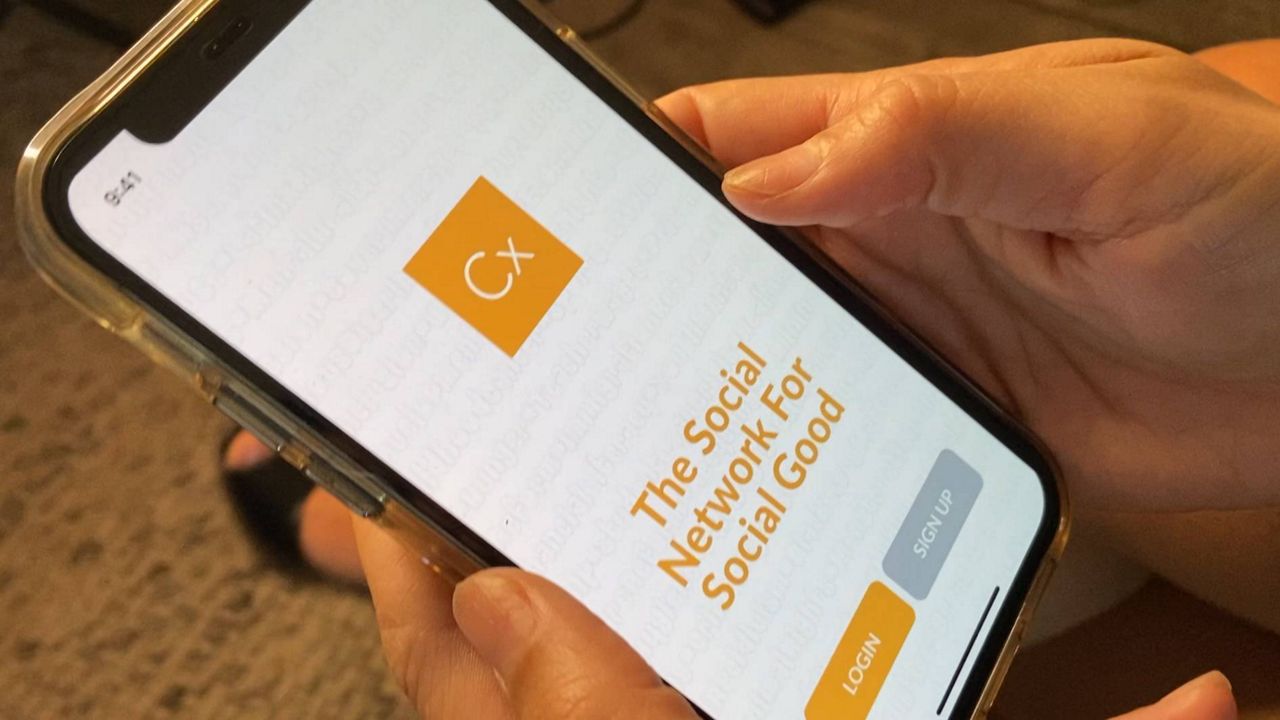 COMMUNITYx is available for free from App Store and Google Play.

LOS ANGELES — It is branded as a new "Social Network for Social Good."

COMMUNITYx is a new app and digital platform looking to connect like-minded activists and advocates wanting to create social change.


"Whether it’s the climate, women’s rights, animal rights, we take that data and then connect you with other people who share your passion for those same causes," said COMMUNITYx Founder Chloe Cheyenne.

She is a former Google employee and the tech entrepreneur behind the app. Cheyenne said the social justice movement in the past year really created the right climate for this concept to thrive.

"You saw people all over the country really struggling with the question of ‘What can I do and How do I do it? Where’s the place that I can go?'"

She said her main goal is to apply that power of technology within social advocacy.

The app also drew the attention of two-time NBA All-Star Baron Davis, who is one of its investors. Unlike other social media sites, Cheyenne said her app is not about getting likes, but a call to action. Users can join an event or sign petitions directly within the app.

"Content for us isn’t just photos looking cute or videos doing something fun. It is posting a petition that is related to a cause you care about. It’s posting an event that is rallying people together, around something that is important now," Cheyenne said.

She first got the idea shortly after Michael Brown was shot and killed by police in Ferguson, Missouri. Her fight for social justice, however, began much earlier, growing up on the south side of Chicago.

"Chicago Police raided my grandmother’s townhome and immediately opened fire on my dad, only to realize that they had the wrong address and it was a case of mistaken identity," she explained.

Doctors said her dad would not make it through the night, but they operated and were able to save his life.

"By the time he was finally able to leave the hospital, he not only had to start what has become a lifetime of physical rehab, but he also was fighting for his innocence in court against the city of Chicago until I was 10 years old," Cheyenne said.

She said the city eventually settled with him outside of court, but it sparked her lifelong commitment to police reform.

"There will always be a cause that humanity is fighting for," Cheyenne said.

And no matter what issues are a stake, she hopes COMMUNITYx will unite passionate people ready to tackle both today's and tomorrow's challenges.