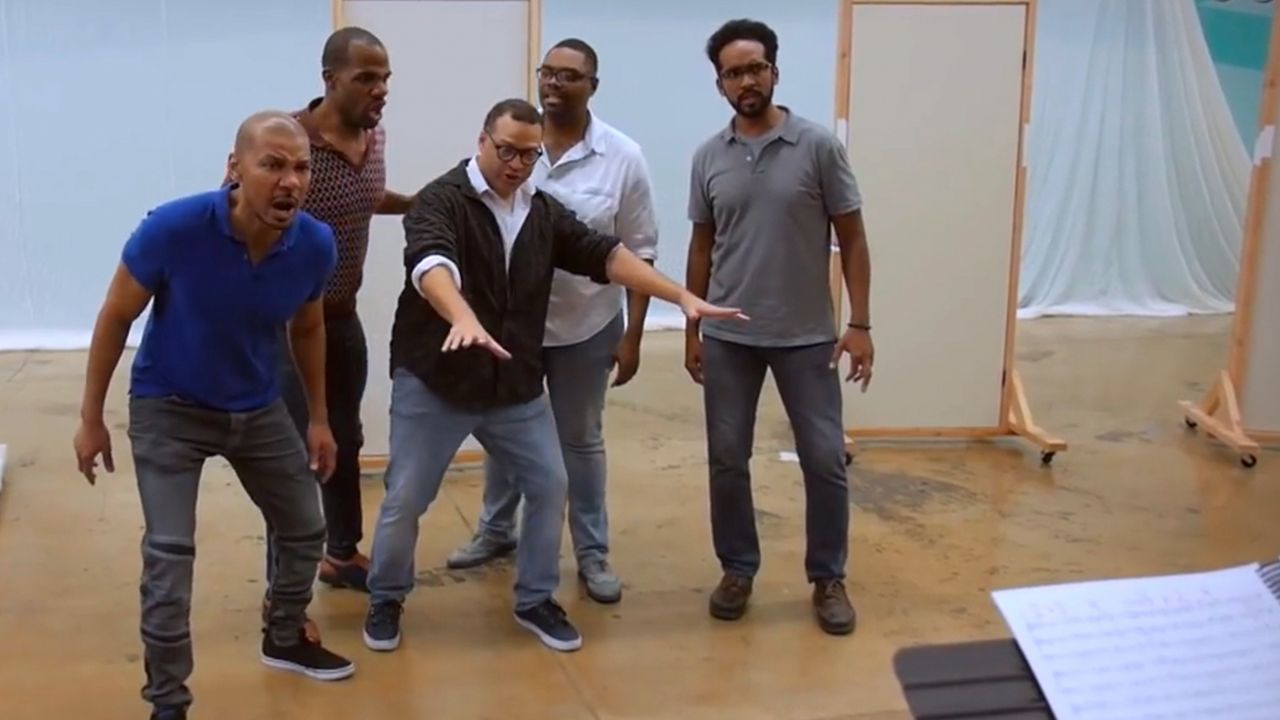 LONG BEACH, Calif. – The Central Park Five is a topic that continues to resonate today against the backdrop of a nation protesting racial inequality and police brutality.

The Central Park Five, the opera, by composer Anthony Davis and librettist Richard Wesley, is based on the wrongful arrest and conviction (for assault and rape) of five black and Hispanic youths in New York in 1989. Davis was originally asked to read the Wesley libretto so he could suggest a composer, but he had such a strong reaction to the material he offered to compose the opera himself.

“I was excited by the subject matter,” said Davis. “The genesis for the Black Lives Matter movement comes from the Central Park Five. It is also the beginning of Donald Trump's political career with the Central Park Five, how he exploited racial divide and the racial animus for his own personal political game.”

Davis refers to Trump’s placing of a full page ad at the time calling for the re-institution of the death penalty in reaction to the case.

The opera, which premiered in 2019 at the Long Beach Opera, is musically influenced by the classic jazz of Harlem and 21st century modernism, as well as reflecting the mainstreaming of hip hop that was happening in the late 80s.

Davis says hip hop played a major part of the cultural divide of the late 80s.

“[The divide] came out of white fear of the so called hip hop revolution that was going on,” he said. “So, I've tried to capture that with the music too. That was one of the challenges.”

Davis says the opera was designed to let the audience into the perspective of the five youths in crisis.

"And to have the audience empathize with the five so they feel that they're in that position, what it would be like if they were interrogated by police in this way, or their children,” added Davis.

The opera was awarded the 2020 Pulitzer Prize for Music, and Jennifer Rivera of the Long Beach Opera says the award brings much-deserved international attention at a critical time.

“There isn't enough representation of the stories of people of color written by people of color,” said Rivera. “That's one thing that opera really is working on and getting better about with operas like Central Park Five, but we still have a long way to go.”

Davis says he and the cast and crew were drawn together by many shared experiences while bringing the opera to life.

“People of color are always under threat in every crisis so that's something that I think is very important for people to know and understand,” he said.

With the added exposure the Pulitzer Prize brings, Davis says he hopes many more opera companies will produce The Central Park Five on stage at a time when its message couldn't be more relevant.