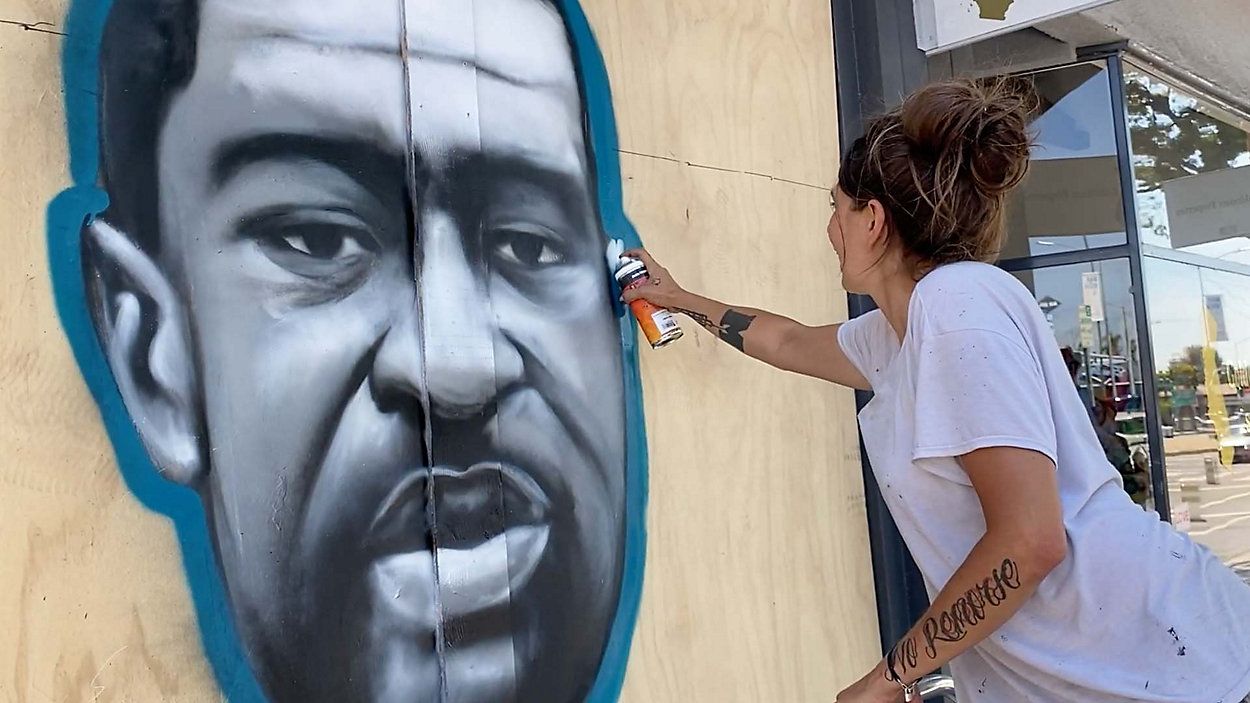 From the moment Jules Muck witnessed the death of George Floyd, she’s been driven to keep his memory alive with paint.

“It’s comforting for me to know this man as I’m painting him,” Muck, who goes by MuckRock, told Spectrum News 1.

Known as the “Mural Queen of Venice Beach,” Muck’s work can be spotted on everything from walls, to cars and even dumpsters.

But these days, her only canvass is plywood and her only subjects are victims of police brutality.

“As a street artist, as a graffiti artist, as a muralist, one has to have an ear to [the] ground and actually be communicating with the neighborhood, hearing what people are talking about and being able to make a visual that reflects that,” she said.

With businesses throughout Southern California boarding up their windows in hopes of preventing looting, local artists are turning these sheets of plywood into works of art.

In the last 10 days, Muck has painted no fewer than 25 of these portraits, all free of charge.

On a warm Wednesday afternoon in June, she was painting a 5-foot by 4-foot image of Floyd for the Inland clothing store on Venice Boulevard.

The store owner, Kristin Fedyk, said she was worried about her store but also wanted to send a message.

“I just wanted to protect it, and at the same time be a part of change,” she said.

It’s unclear how long Muck's murals will stay up or whether they’ll be preserved when the the plywood eventually come down. Muck has offered to give them away to people who agree to donate to organizations fighting for racial justice. In the meantime, she hopes their message resonates with her neighbors and those fighting the good fight.

“I hope that people who are in this struggle realize that they have support, that they are heard," she said.

To learn more about Jules Muck’s project, visit her website at julesmuck.com. The mural can be seen at 12228 Venice Blvd.