MILWAUKEE — Republicans hoping to become Wisconsin’s next lieutenant governor squared off in a live debate Thursday afternoon on Spectrum News 1, in partisanship with WisPolitics, Michael Best Strategies, and UW-Milwaukee. 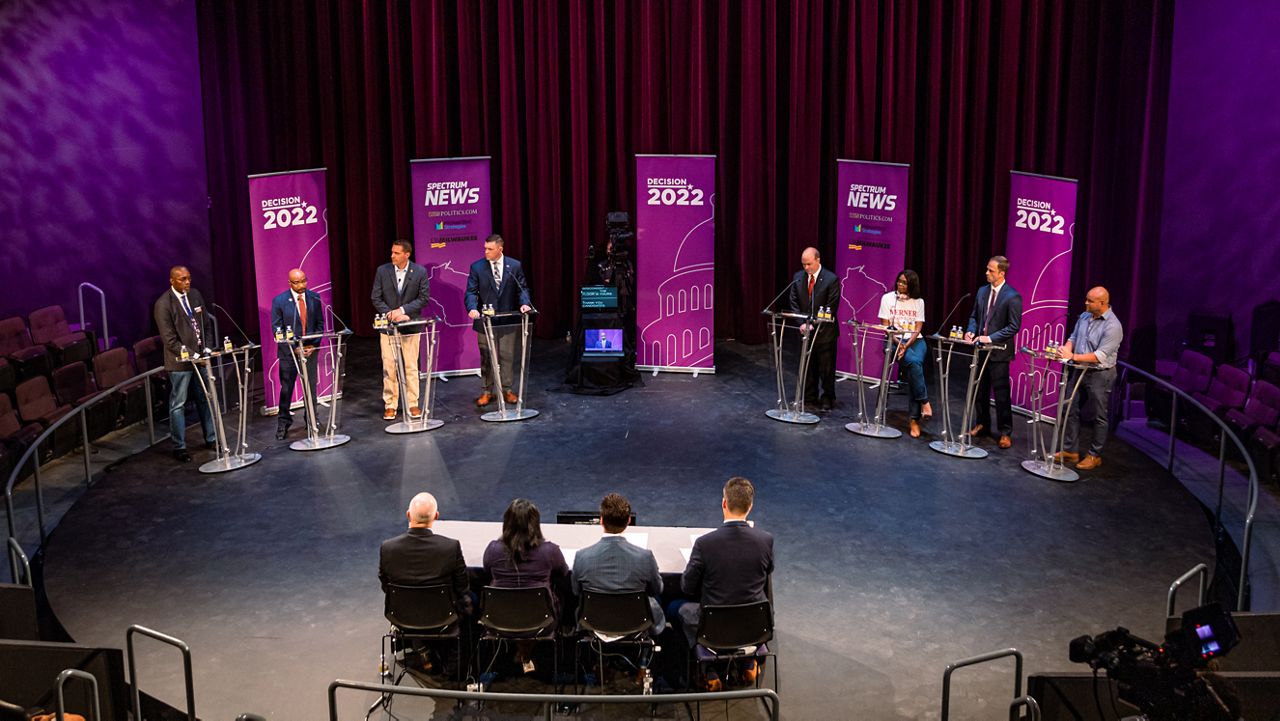 There are eight GOP candidates for lieutenant governor. David Varnam is the former mayor of Lancaster. Cindy Werner is a state ambassador of the Frederick Douglass Foundation. Jonathan Wichmann is a small business owner. Kyle Yudes is an insurance agent from Eau Claire. David King is a pastor and founder of Milwaukee God Squad. Will Martin is the CEO of Wisconsin Diversified Investments. Roger Roth is a Wisconsin state senator, representing the 19th district. Patrick Testin is also a Wisconsin state senator, representing the 24th district.

Whoever wins the Aug. 9 primary will share the ticket with the Republican nominee for governor, who will take on incumbent Gov. Tony Evers.

The first topic candidates debated was abortion. As the Evers administration refuses to enforce Wisconsin’s 173-year-old abortion ban, we asked the candidates where they stand on abortion and anti-abortion rights.

“We need to ban the use of aborted baby body parts as a state. We need to make sure that we are cutting off all the funding that flowed to Planned Parenthood as part of the COVID money under Tony Evers, so we still have more to do,” Varnam said.

Werner said she is “pro-life without exceptions.”

“We need to continue further to protect life because these new unborn children, they’re children of God and they’re going to be citizens of this great country and we shouldn’t be able to determine what they are not going to do. They could be doctors, lawyers, business owners. We have to protect life,” Wichmann said. 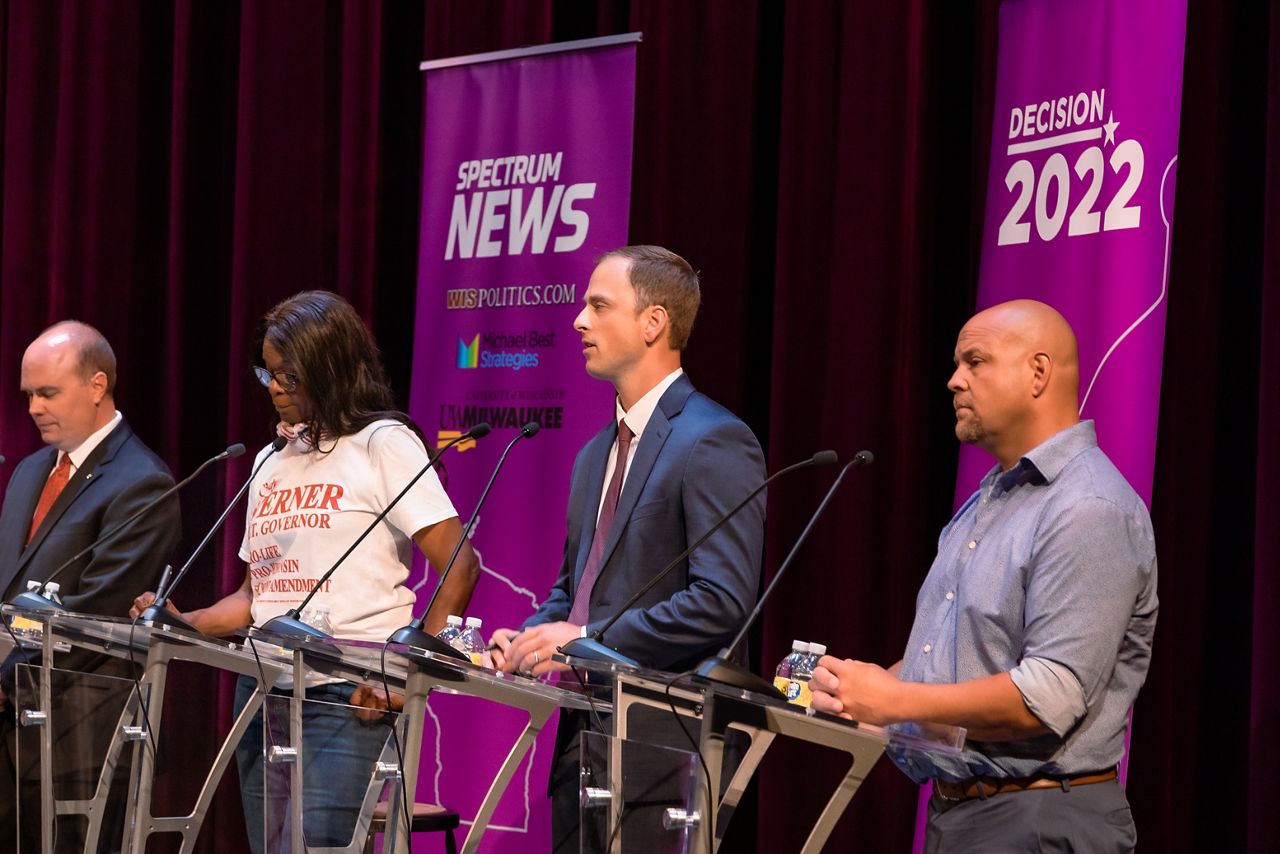 “The Constitution gives us the right to life, not the right to destroy life. That’s where I am going to stand on the Constitution every day of the week, and as far as, I believe you asked something about arresting people that go out of state, that just, to me, doesn’t make any sense,” Yudes said.

“The moment the sperm hits the egg that’s life, so I will support life to the fullest. I’m not going to say I would support somebody getting charged because they left for another state, but I will say is it will not happen in Wisconsin as long as I am lieutenant governor,” King said.

Martin, referencing the state’s current law from 1849, said he supports “life in all of its phases.”

“I believe in life in all of its phases and supporting that life, but I do not believe in actually sentencing or arresting folks for being able to move within the states. I believe in the current law that we have,” Martin said.

Roth said the legislature should focus on funding crisis pregnancy centers, as opposed to charging people who seek abortions in other states.

“I think you are going to see the legislature and next governor move to make sure that we fully fund crisis pregnancy centers throughout our state. There are over 90 of them. These are centers women in crisis pregnancies can go to get counseling, to get treatment, get referrals,” Roth said.

“They have no agenda to run on. No accomplishments that they can run on both with Joe Biden as well as Tony Evers, and so they’re going to use this opportunity to gin up their base, and as Senator Roth had mentioned we have an opportunity here in the state to invest in crisis pregnancies centers going into the next biennium,” Testin said.

Here are the live updates from earlier today; candidates covered topics including taxes, climate and education: