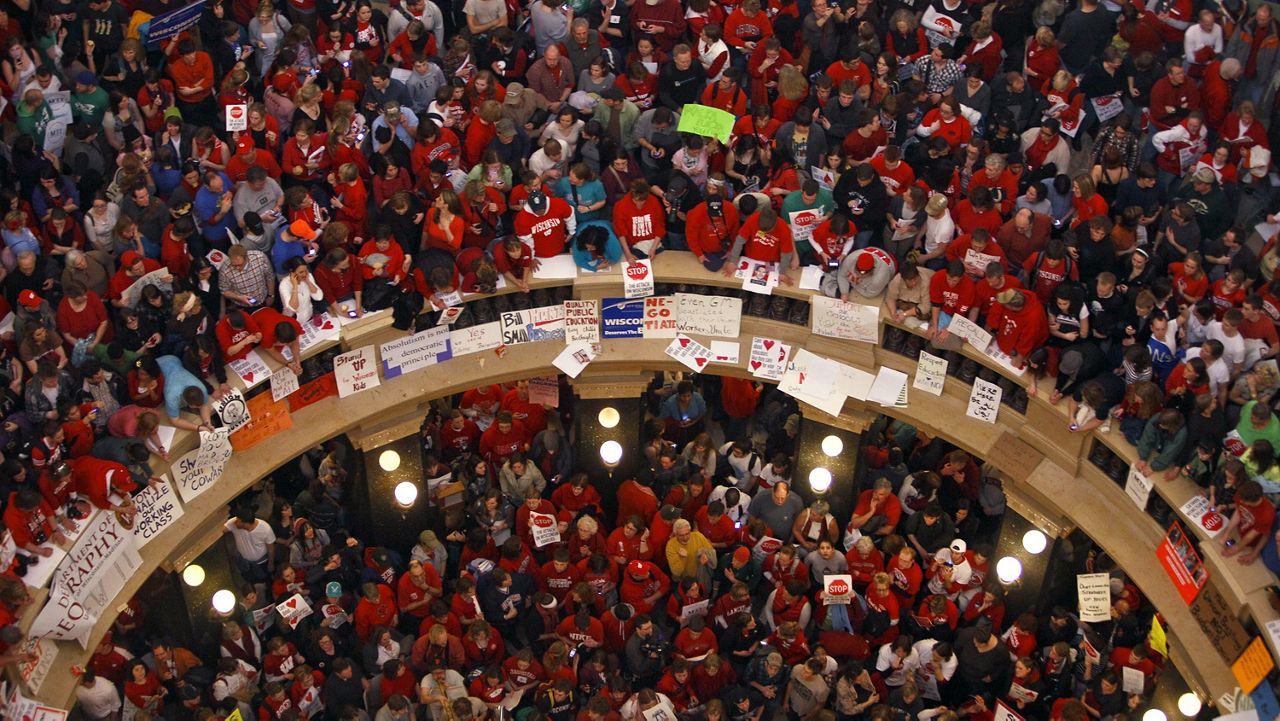 Unions and several other organizations quickly organized protests in and around the Capitol in Madison that would last for weeks.

While firefighters and police officers were exempt from the changes to collective bargaining, many still joined the protesters, a lot of whom were public school teachers.

Firefighters enter a rally at the state Capitol in Madison, Wis., Wednesday, Feb. 23, 2011, on the ninth day of protests over the governor's proposal to eliminate collective bargaining rights for many state workers. (AP Photo/Andy Manis)

What led to the passage of Act 10?

When you think of Act 10, chances are you remember the thousands of protesters occupying the state Capitol in February and March of 2011.

What happened after the passage of Act 10?

Though Gov. Walker signed the legislation into law in March 2011, that wasn't the end of Act 10. In the months and even years that followed, opponents of the policy mounted several recall efforts and legal challenges.

The effort to recall Gov. Walker began almost immediately, but in 2012 Walker ultimately defeated Democratic Milwaukee Mayor Tom Barrett in what turned out to be a rematch of the gubernatorial election from 2010. 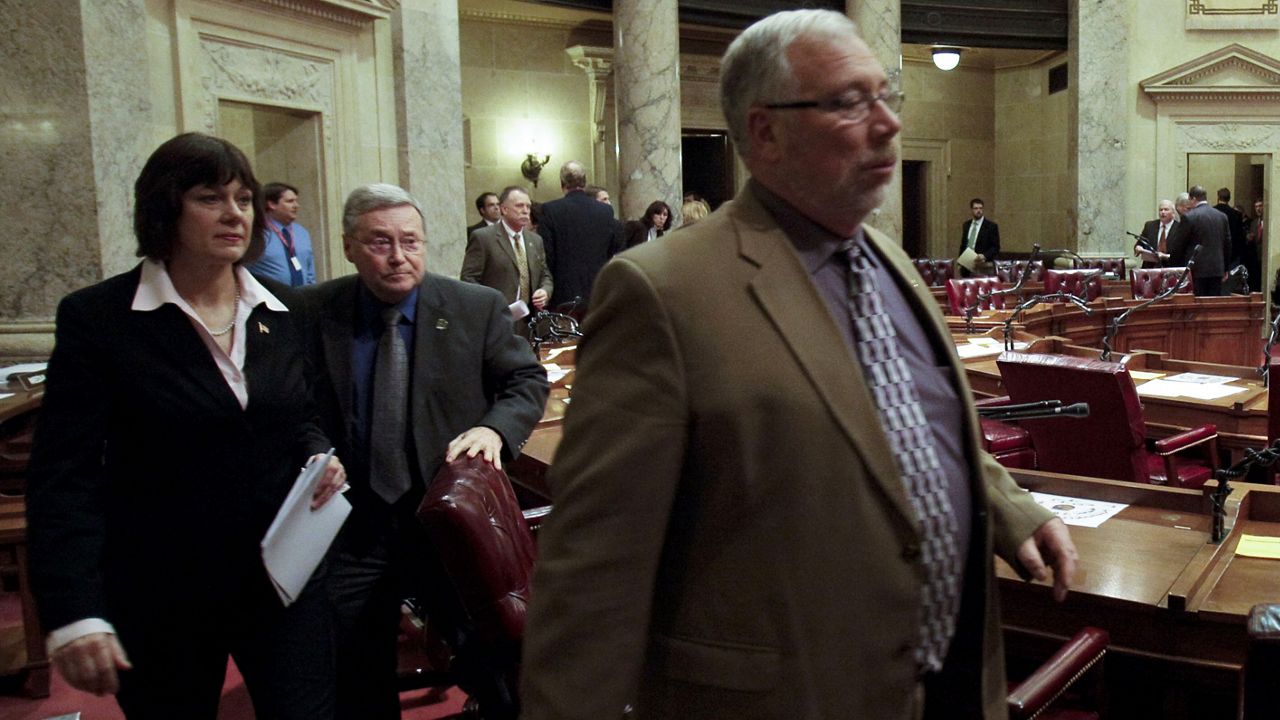 Democrats weren't the only ones trying to unseat lawmakers over Act 10 though, some even became targets themselves.

Of the 14 Democrats who fled the state, Senators Bob Wirch, Jim Holperin, and Dave Hansen all faced recall efforts but went on to survive them.

The Wisconsin Supreme Court considers oral arguments regarding whether the court should exercise jurisdiction over matters relating to the passage of 2011 Wis. Act 10, commonly referred to as the budget repair bill, during a hearing at the Wisconsin State Capitol Monday, June 6, 2011. (AP Photo/John Hart, Pool)

There were also numerous legal challenges to Act 10, which went on for years.

It wasn't until 2014 that Act 10 became settled law in Wisconsin when on July 31, the Wisconsin Supreme Court upheld the policy in a 5-2 decision which marked the end of the state's legal fight over the collective bargaining law.