MADISON, Wis. — A report submitted to Governor Tony Evers' Task Force on Climate Change shows the extent that Wisconsin is already experiencing climate change, and projects how it could progress in the coming years.

Last year, Evers directed The Wisconsin Initiative on Climate Change Impacts (WICCI) to provide scientific guidance to the Task Force. The report details ways Wisconsin is experiencing climate change, projects what the climate may look like in the coming decades, and offers suggestions to mitigate issues that climate change will bring. The Task Force will offer final suggestions to the Governor, which they are scheduled to do on October 31.

“This is a problem in the here and now, it isn't just some long term, maybe future problem, it's something that we're dealing with right now. It's affecting our health, it's affecting the economy,” said Stephen Vavrus, co-director of WICCI.

Vavrus said the way the climate is changing can be boiled down to simple terms: “Warmer and wetter.”

By mid-century Wisconsin is expected to triple its amount of days with extreme heat — meaning temperatures over 90 degrees. By late-century the state could experience 80 to 90 days of extreme heat.

Vavrus used southern Wisconsin to contextualize the heat changes. He said communities like Madison would feel a lot more like northern Illinois, or with high projections feel like central Illinois or even Saint Louis, Missouri.

Since 1950, Wisconsin's annual precipitation has increased by about 4.5 inches — about a 15 percent increase. The 2010s were Wisconsin's wettest decade on record.

The report does project that extreme precipitation will increase in the state. The report uses the example of a daily 4” precipitation event — enough rain to potentially cause flooding in some areas.

It states that typically an area like southern Wisconsin will get these events once every 10 to 15 years. WICCI projections show that in the next two to four decades that is likely to increase to every six to 10 years — or with high-end emissions projections once every 4.5 to 5.5 years.

Vavrus said a warmer climate can hold more moisture in the atmosphere. So when conditions are right for a storm, more precipitation could drop.

Because of this Vavrus said all communities should be making mitigation plans now for the potential of floods — and not just communities that have been hit with intense rainfall events recently either.

“These heavy rainfalls, these extreme floods, are sporadic,” Vavrus said. “It's very, very difficult if not impossible to predict down the road exactly who is going to be hit. What we do know is the whole state will be more susceptible to these heavy flooding types of rainfalls.”

Vavrus and WICCI suggest communities make adaptation plans that include things like building higher bridges, preserving wetlands, and reducing stormwater flow in the first place by utilizing plants in key area to absorb water into the soil or green infrastructure like permeable pavement.

The impacts from Wisconsin's climate getting hotter and wetter in the next decade will be wide according to the WICCI report. The report says communities in the midwest are already feeling health impacts from climate change.

The report details water quality issues for many Wisconsinites. It says people on well water are increasingly at risk for contamination to their drinking water as flood waters bring contaminants into clean water sources.

It also says air quality impacts are already hurting many Wisconsinites. WICCI site's a study from COWS that found that improving air quality had the potential of preventing 1,910 premature deaths in the state as well as 650 respiratory emergency room visits. The study also found improved air quality could prevent preventing tens of thousands of cases of other respiratory issues.

WICCI said air quality impacts will hurt low-income and underprivileged families the most.

Vavrus said lower-income families will have a harder time adjusting to more intense weather events. He used flooded basements as an example.

Many Wisconsin families have dealt with flooded basements after large rain or runoff events. Wealthier or middle class households can afford to waterproof their basement so impacts are less severe for a future flood. Lower income families likely won't be able to do the same.

“Where are they going to get the money? They're scraping by as it is.” Vavrus said.

This will be especially pronounced in communities along major waters like the Great Lakes or the Mississippi River. 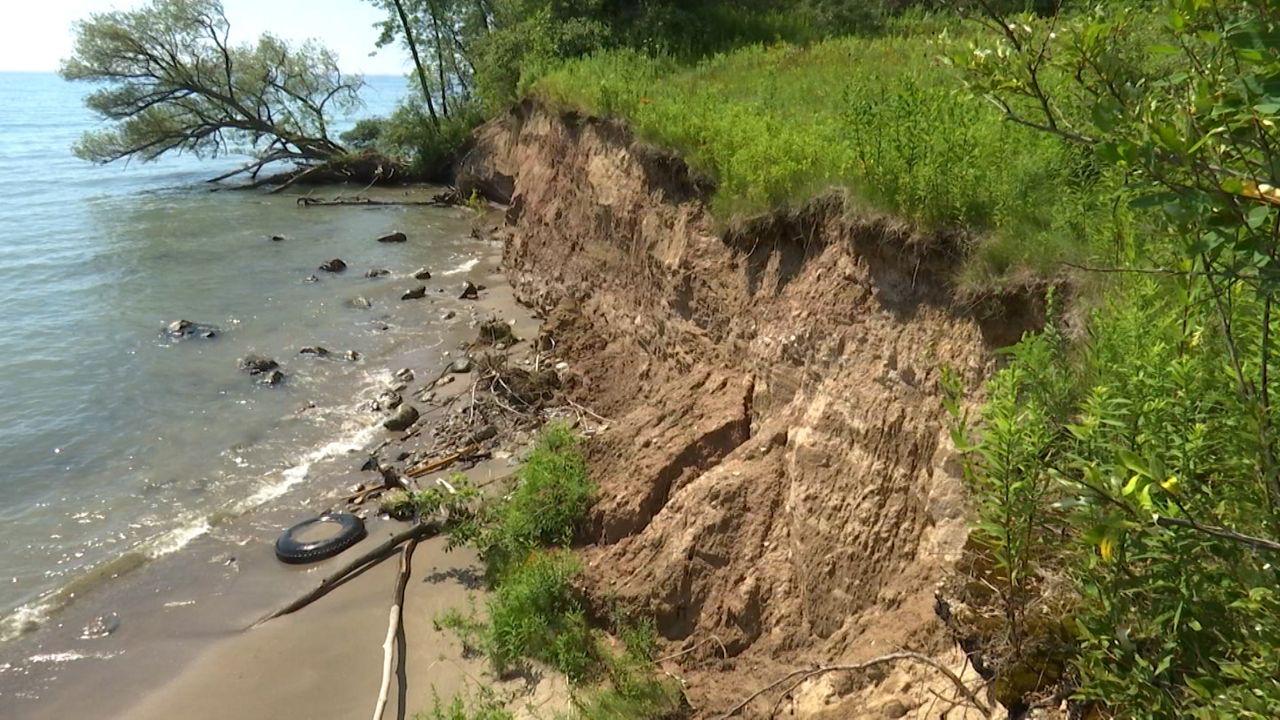 Vavrus said the ups and downs of the Great Lakes have baffled a lot of scientists.

WICCI's report shows that the amount of water that flowed in the Mississippi River in 2019 was double the historical average. Flooding around the river along western Wisconsin's border has occurred in seven of the last 10 years.

The high water years have caused infrastructure damage along the river. It also reduced reliability of river transportation for things like deliveries of agricultural and other commodity shipments.

WICCI sites an international report that found flooding in the Mississippi River Basin — which includes Wisconsin — caused $10 billion in damages in 2019.

WICCI reports that due in large part to flooding, growth in tourism along the Great River Road was down by 77% in 2019. 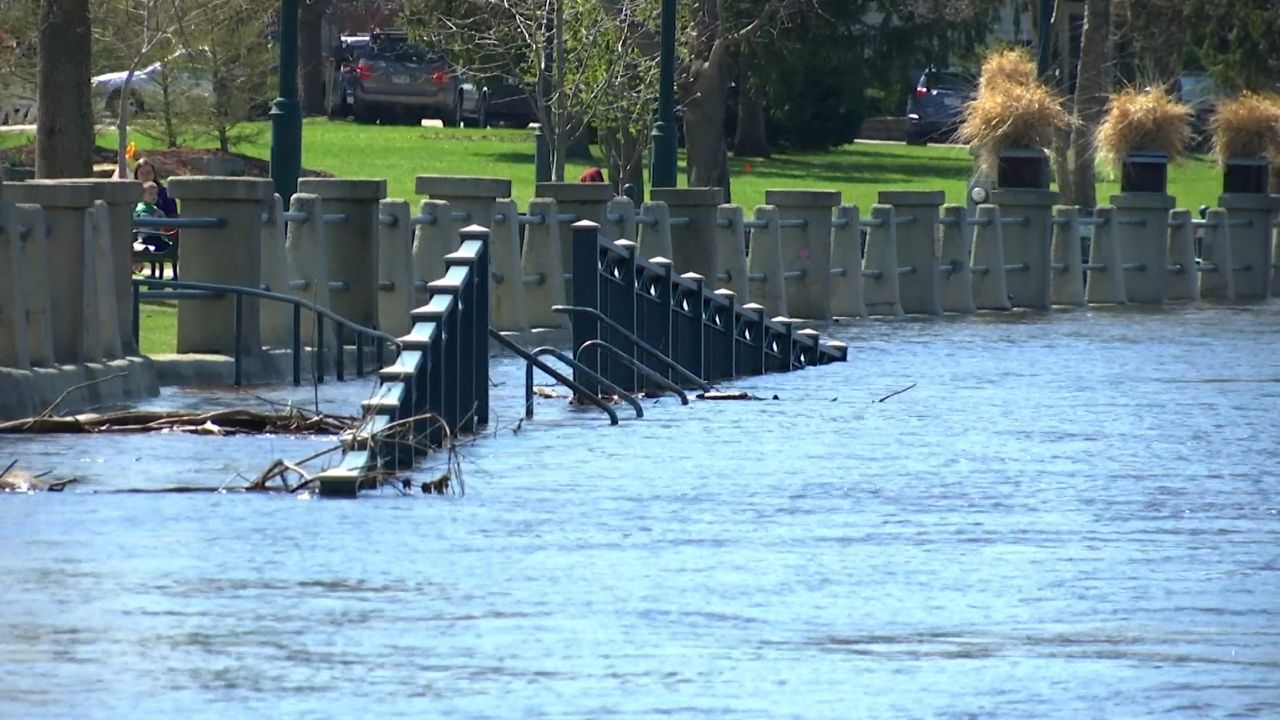 High water on the Mississippi River caused issues for infrastructure, transportation and tourism in 2019. (File photo)

“The recreation industry will certainly be affected, and it's not always clear exactly how,” Vavrus said.

He said winter outdoor recreation — which generates nearly $650 million to the Wisconsin economy — is most in jeopardy. The increase in temperatures will lead to shorter, warmer winters and fewer nights below freezing. This could mean fewer lakes freezing over. It could also mean less snow, affecting things like skiing or snowmobiling.

Vavrus said the tourism industry may be able to transform and take advantage of longer autumn and spring seasons.

“So there's another case of trying to be proactive instead of sticking our heads in the sand pretending we don't have a problem, accepting the climate is changing and if we are proactive and work with it, finding solutions and strategies we can come out ahead,” Vavrus said.

Climate change is likely to have an impact on another important economic sector in Wisconsin: Agriculture.

Floods from heavy rain events have an impact, but so do wetter years in general. Stronger storms, like the Derecho winds that wiped out an estimated 10 million acres of corn in Iowa, can hurt the bottom line for farmers.

Farmers deal with variable weather all the time — each year brings a new challenge. However, Vavrus said it's not just stronger storms that will leave it's mark on agriculture.

“Not only in terms of the degree of variability, but also a different kind of background average climate,” Vavrus said. 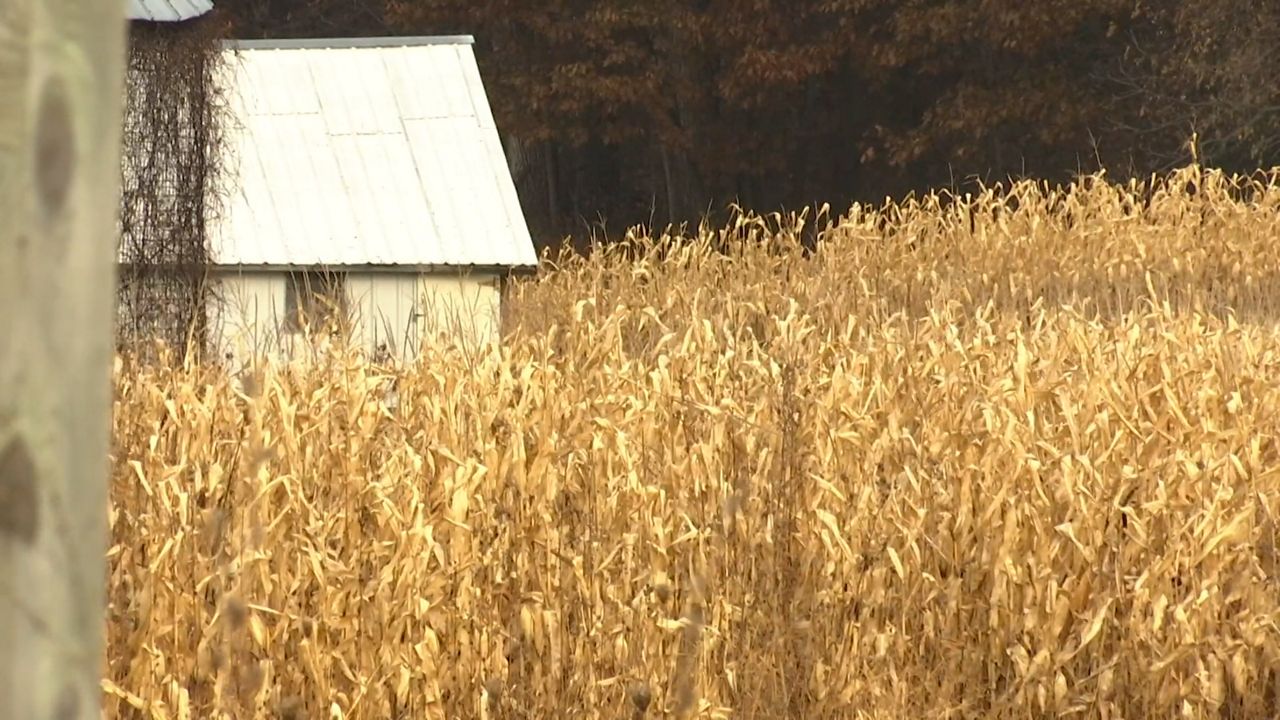 A wet 2019 kept some farmers from being able to harvest come fall as soil conditions were too wet. (File Photo)

“Depending on how we manage our land, depending on erosion, depending on what crops we plant, cover crops, we can actually use the land as a carbon sponge if we're smart of it,” Vavrus said.

Vavrus said land management can play a role in mitigation and adaptation to climate change. He uses an example of cover crops — crops grown on agricultural fields in the offseason to enhance soil health and possibly be used as grazing land — can reduce rainwater runoff and erosion.

The impacts to our society are also coinciding with impacts climate change is having on ecosystems around us.

The WICCI Report updated a report the group released in 2011. Vavrus said there was very little difference between what the climate models said then and what they do now. Upholding the science in a way.

“That does give us more confidence,” Vavrus said.

“We hope that our scientific guidance did provide some helpful information for the Task Force in their recommendations for the Governor,” Vavrus said.

Vavrus said regardless of the actions the Governor, or any politician, business or individual makes we will see the climate change the models show.

“If the question is will there be climate change or won't there, well we've lost, because there will be, but that doesn't mean it's a total loss at all,” Vavrus said.

Vavrus looks at it more like managing the climate change. Even if it's a large amount of change, if we as a society could spread it out over twice the length of time it would otherwise, the gradual change will cost us less from a health and infrastructure standpoint.

Vavrus said climate change will be expensive. Though, he would argue it will be less expensive to adapt and prepare for it up front, than allowing it to come right at us.

“A dollar applied toward adaptation and prevention of a problem can often translate into many, many dollars saved down the road compared to not doing anything,” Vavrus said.

The WICCI report is available online as is more information on the Governor's Task Force on Climate Change.