As lake waters continue to warm through late summer and early fall, there’s been an explosive growth of blue-green algae found in areas such as western parts of Lake Erie.

This harmful algal bloom (HAB), cyanobacteria, has the ability to produce toxins that cause illness or death with humans or pets who come in contact with the contaminated water according to NOAA.

The algae blooms are caused by runoff pollution. Typically the pollution develops from rainfall that washes fertilizer and manure from a farm field into the streams that eventually flow into Lake Erie.

Another major impact can be drinking water for local cities and communities along the lake. In the last decade, cities along Lake Erie like Toledo have been hit hard with drinking water crises of 2011 and 2014.

Check out the satellite image of Lake Erie below with the formation of the HAB taken on September 8, 2021. 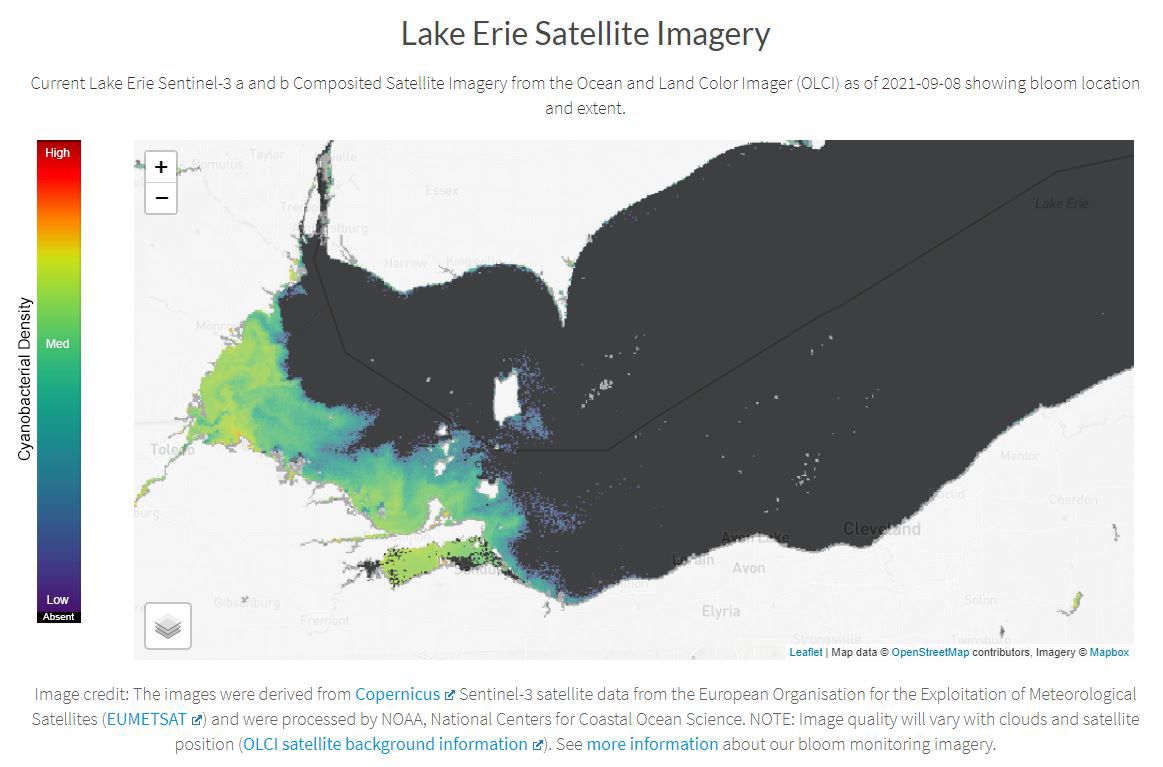 HABs can impact tourism and hurt local economies as well as prevent residents and visitors from enjoying boating, swimming and activities along the lakeshore.

According to the National Weather Service, this season the HAB bloom is border-line high in some spots.

The typical bloom season starts in July and lasts through October.