Cincinnati city officials and local developers outline the awards for its most recent NOFA grants. (Photo courtesy of City of Cincinnati)

CINCINNATI — More than 400 affordable housing units are coming to Cincinnati as part of the city’s Notice of Funding Availability (NOFA) program. And for local housing advocate Mary Rivers, they can't get developed soon enough.

The total number of affordable units amounts to 408 – a more than 200% increase in projected impact from last year’s NOFA awards, per the city. 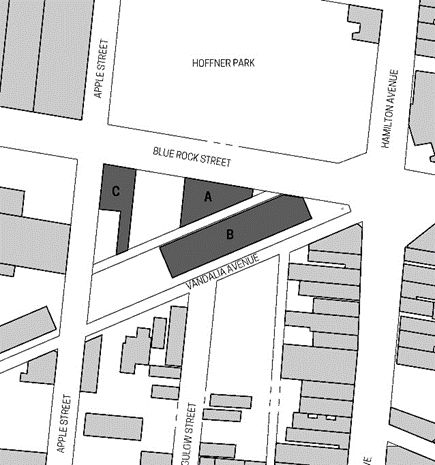 The grid layout of the Vandalia Point development in Northside. (Image courtesy of Over-the-Rhine Community Housing)

“Affordable housing is needed as much now as ever and these funds help ensure many people will have access to quality housing in neighborhoods across Cincinnati,” she added.

Cincinnati Mayor Aftab Pureval wrote in a statement that putting money toward those types of projects is an overall investment in Cincinnati neighborhoods. The projects will remove blight, which, in turn, aims to attract new mixed-use development and bring jobs to surrounding communities, he said.

The round of NOFA funding projects affects 10 different neighborhoods.

“I want to be clear that this program, bringing more quality affordable units to our neighborhoods, has a profound effect — even beyond the over 400 families that will now have access to a home they can be proud of,” Pureval said. “It’s about making our neighborhoods whole.”

The NOFA program provides residential developers with loans of as much as 40% of total project costs not to exceed $1 million.

“That is the range we know there is a great need for in this city,” said Cincinnati City Council member Reggie Harris, chair of the Equitable Growth and Housing Committee. “This is not just happenstance; it is strategic and intentional.”

More than just a place to sleep

Besides being affordable, projects also need to be high-quality new constructions or renovations and in the past the city has sought to spread projects to neighborhoods across Cincinnati.

Plans call for the construction of two buildings, as well as a renovation of an existing building for families. Amenities include laundry facilities, a community room and onsite parking for residents.

Once complete, the project will bring 52 units of affordable housing to Northside, a popular neighborhood with increasing property values.

Income targets for all the units range between 30% and 60% AMI. 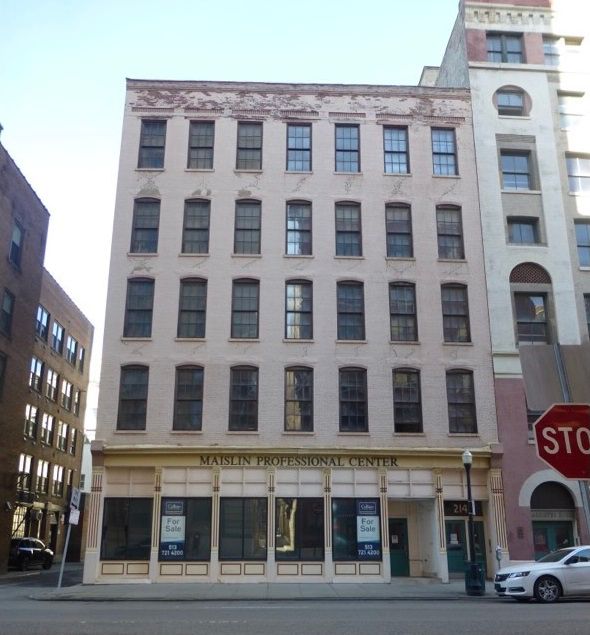 The Barrister development in downtown Cincinnati is one of the first affordable housing developments in the Central Business District in years. (Photo courtesy of Over-the-Rhine Community Housing)

The city awarded the project as much as $1 million. Terms of the deal aren't yet finalized, but generally, Rivers said, those types of awards function as “cash flow loans,” meaning OTRCH will only need to pay back that money if those rental units make money.

Many of the projects also are receiving a Low-Income Housing Tax Credit (LIHTC), a program that offers private investors a federal income tax credit as an incentive to make equity investments in affordable rental housing.

OTRCH is a longstanding developer and manager of resident-centered affordable housing.

Rivers referenced stats suggesting there’s a shortfall of roughly 40,000 units of affordable housing in Hamilton County, with roughly half of those being inside Cincinnati city limits.

There’s a two-to-three month wait to get into affordable housing operated by OTRCH, River said. The organization currently has 500 such units across the city, not including the units set to come online.

She provided an anecdote of a woman who was sitting outside OTRCH’s offices at about 8 a.m. on a weekday morning, desperately seeking affordable housing.

The woman, a mother, had been living in her van for three months, Rivers said, despite having a job as a bus driver. The woman also had a federal housing voucher, but “no one would take it,” Rivers said.

The woman’s kids were “farmed out” to friends and family while she looked for housing, Rivers said. The woman went on a wait list.

“The need is huge,” she said. “It’s people working all kinds of different jobs; it’s people who are retired. There’s a whole range of folks that we see everyday working who we don’t know are living on the edge, are living in a shelter or living in their car.”

Over the years, the OTRCH’s work centered in Over-the-Rhine, but the organization expanded its reach in recent years to accommodate the increasing needs.

OTRCH is working on a project called The Barrister along East Ninth Street in the Central Business District, the first dedicated affordable housing development in Cincinnati in nearly two decades. When it opens late next year, it’ll have 44 affordable units, with seven of them being reserved for people making 30% or below AMI.

The nonprofit has partnered with Community Matters on LPH Thrives, a comprehensive affordable housing project in Lower Price Hill focused on both homeownership and rental properties. OTRCH’s aspect of the project includes the rejuvenation of 47 currently vacant units into vibrant, affordable apartments. It’s set to open in October.

They plan to take a similar model in Northside where they’ll partner with the community to hire someone from the neighborhood to manage the property.

That was an attractive part of the project to the Northside Community Council, River said.

“First and foremost, these projects aim to provide safe, quality affordable housing options,” she said. “But it’s also about creating opportunities for residents and investing in the neighborhoods they choose to call home.”

Funding for the NOFA is appropriated through the City of Cincinnati’s capital budget and its annual “action plan” for the use of Federal Entitlement Funds, including the Community Development Block Grant (CDBG) and Home Investment Partnership Program (HOME).

Number of units (Affordable): Nine (All)

Number of units (Affordable): Nine (All)