CINCINNATI — There’s a new person in charge of Cincinnati’s streetcar and the Seattle transplant is looking to take the public transit system to new places.

For now, Lori Burchett means to do that figuratively – through things like reduced wait times and enhanced customer services. But in the future, it could mean expansion to areas outside downtown.

Burchett comes to the Queen City with more than 17 years of professional planning experience focusing on urban, regional and transit projects. She most recently worked for King County Metro in Washington. 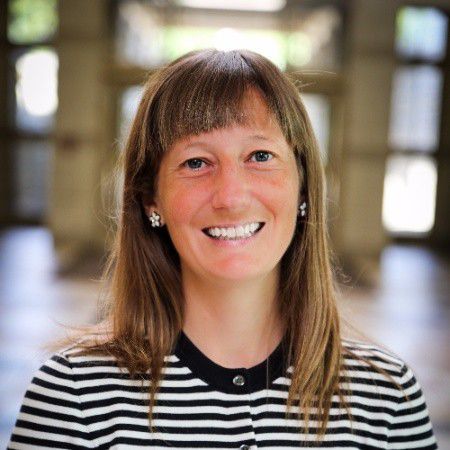 “A lot of people ask me why I was leaving Seattle, but in reality, I thought it was a great opportunity to expand my transit career,” said Burchett, 40.

The move to Cincinnati is a homecoming of sorts. She earned a master’s in city and regional planning from the Ohio State University. She worked as a city planner for the City of Dublin, Ohio, while in grad school.

She and her husband both grew up in Michigan. The couple has a young child.

“Cincinnati is a really great city,” she said. “We didn’t grow up here, but we’ve cheered on the Reds and Bengals for many years, even when we were in Seattle.”

A self-described transit enthusiast, Burchett takes Metro, Cincinnati’s bus system, to and from work. She's an avid cyclist as well.

Burchett rides the streetcar nearly every day, she said, including for downtown meetings and as a connection to the bus on her way home from work. She feels using the system as a passenger, rather than an employee, gives her a better understanding of the true user experience.

“We’ve been exploring the city as a family and being able to take the streetcar has been a key part of it,” she said.

Helping the Connector ‘maximize its potential’

King County Metro is the largest public transportation agency in the Puget Sound region of Washington. It provides bus, paratransit, vanpool and water taxi services, and operates the Seattle Streetcar and light rail service as well.

Burchett’s work in King County focused on planning, including advancing capital projects to support bus and rail integration. She also placed an emphasis on creating incentive-based programming designed to encourage people to use the bus, rail or any mode of transportation other than a personal car or truck.

She expects to use similar approaches in Cincinnati to help promote overall transit use. Examples include targeted marketing campaigns and partnerships with local businesses.

Burchett replaced Travis Jeric, who left city service in February for a position in the private sector closer to his family in northeast Ohio. Matthew Hulme, the city’s transit coordinator, took over for Jeric on an interim basis while the city searched for a replacement.

Burchett will work with Hulme to explore how the streetcar can best operate within the broader transportation ecosystem, and how it can exist alongside buses, e-scooters and other transportation options. 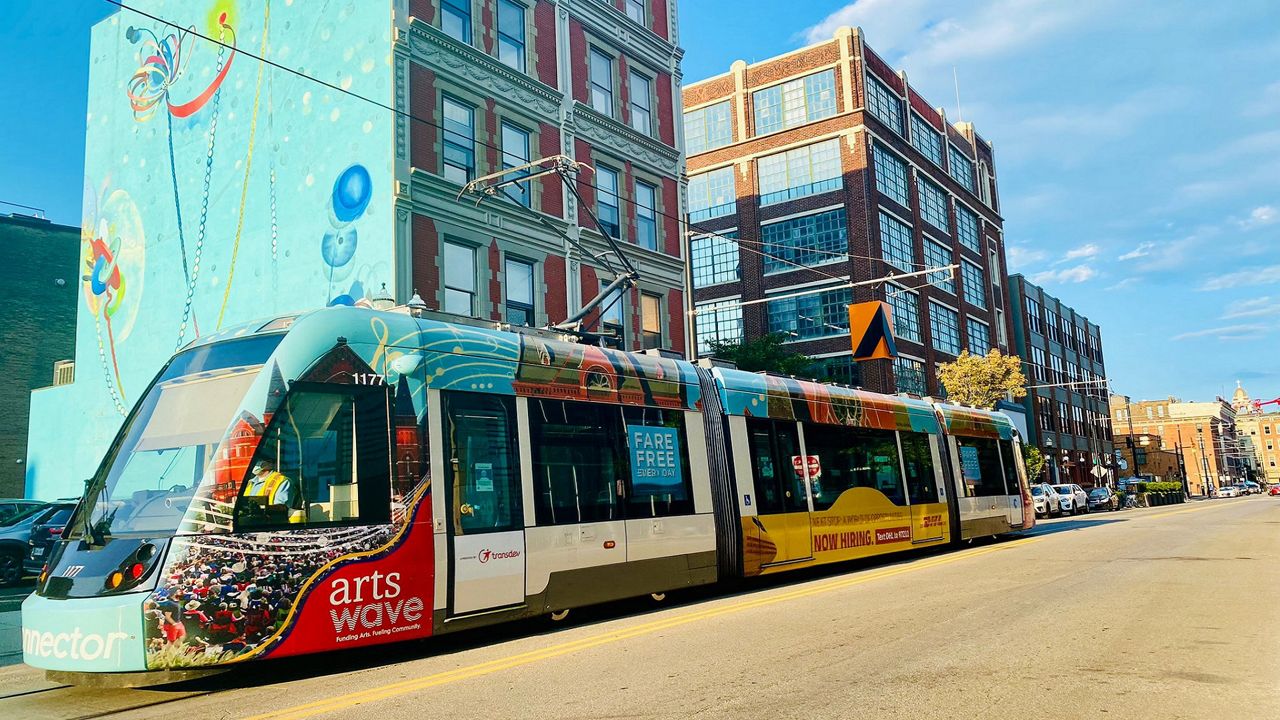 The Connector travels a 3.6-mile track between The Banks and Over-the-Rhine. (Casey Weldon/Spectrum News 1)

“The streetcar is an attractive option because it’s in the heart of downtown and you can hop on and hop off without having to pay a fare,” she added. “We want to maximize its potential.”

Since arriving in Cincinnati, Burchett's received a “warm welcome” from many streetcar supporters, including John Schneider, a longtime advocate for the transit system.

“She gets it,” Schneider said. “She seems very earnest, and from what I’ve heard, she has a knack for noticing where improvements can be made. The streetcar project is in good hands right now.”

Schneider has long viewed the Connector and other “urban circulators” as economic development tools. But Schneider, who owns a building along the streetcar 3.6-mile route, noted improvements in reliability over the years have made it a better system for users as well.

He thinks it improved public perception of the system as well.

“For the first time since I’ve been involved with rail in Cincinnati, there’s not a single opponent of the streetcar at City Hall,” Schneider said. “I’m not saying they’re all boosters, but I think they see the value in it and they at worst want to be good stewards of the system they have.”

Before coming to Cincinnati, Burchett briefly talked to Chris Eilerman, the original program manager for the streetcar. He spent nearly seven years working to bring the project to life before leaving to take a similar job with the Seattle Department of Transportation in July 2017, less than a year after passenger service began.

“I only met Chris very briefly through a mutual friend,” she said. “He was very open and supportive, encouraging with this position, but we didn’t have any specific conversations about the job.”

Traveling in the right direction

City Council member Mark Jeffreys, vice chair of the Climate, Environment and Infrastructure committee, is “hugely excited” about Burchett coming on board.

“She’s got a really good perspective of another transit system, another one with a streetcar,” he said. “I think her experience is going to be invaluable for everyday operations, but also for helping us think through what future plans for the system could be.”

The Connector has come a long way since its debuting in 2016, Jeffreys said. He feels the system is operating more efficiently compared to the “hiccups” when the system first launched — things like street blockages and inconsistent wait times. 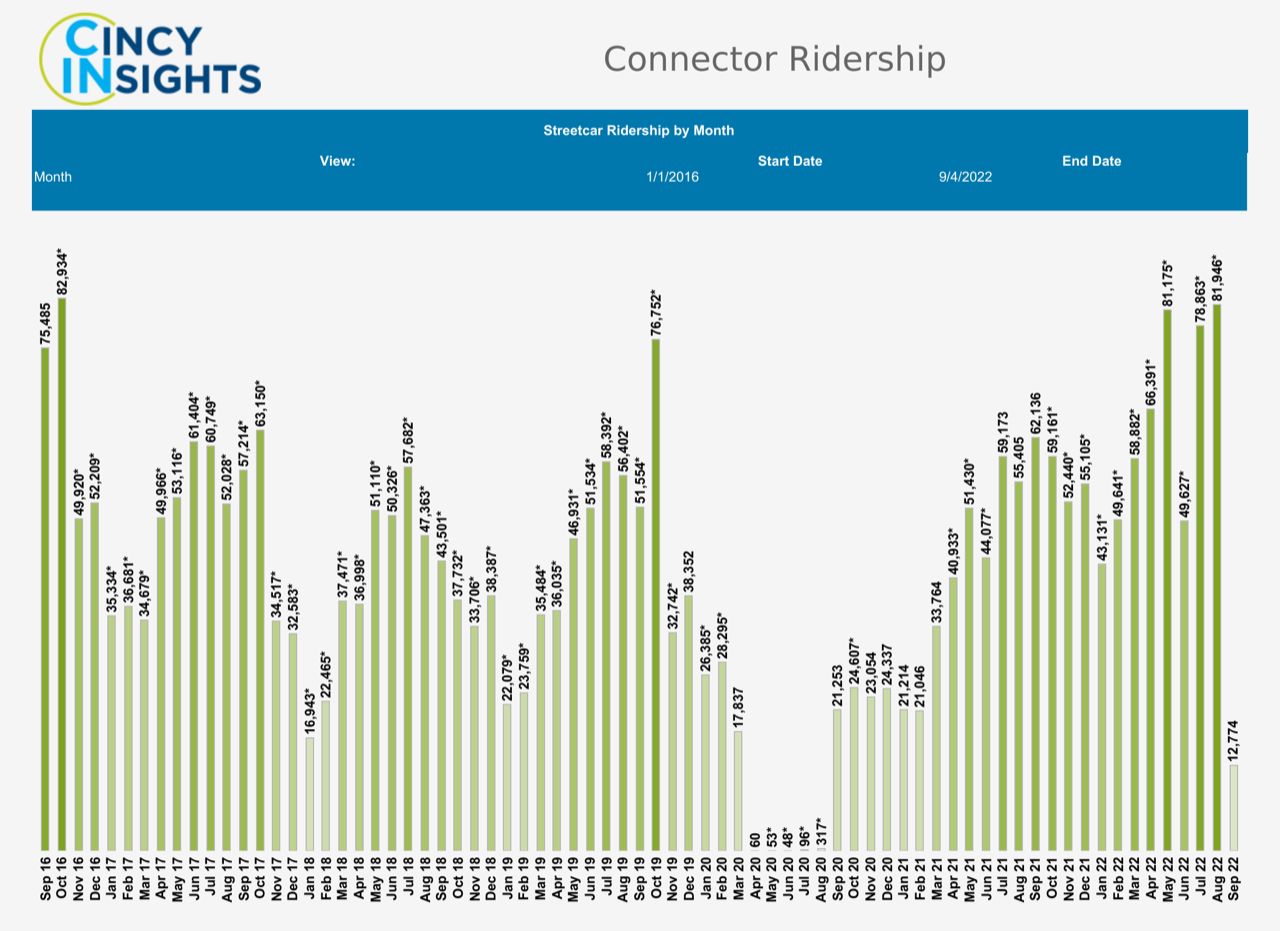 A look at month-to-month streetcar ridership numbers since it debuted in 2016. (Photo courtesy of City of Cincinnati)

“It’s night and day,” he said. “It’s a lot more of a reliable form of transportation for getting around downtown.”

Now, Jeffreys said, the Connector provides a “realistic option” for people trying to enjoy “all downtown Cincinnati has to offer.” He gave the example of somebody going to a Reds or Bengals game at The Banks parking near Findlay Market in Over-the-Rhine and taking the streetcar down to the riverfront.

“And that’s great for the city because they might stop at a restaurant or somewhere to get a drink rather than just paying to park and driving home,” he added.

Burchett’s goal is to make sure those successes continue.

So far this year, the streetcar has already had three of its four highest monthly ridership totals of all-time — May, July, and August 2022 each had ridership totals of more 80,000. The monthly figures have been regularly over 50,000 rides a month since going fare-free in November 2020.

The Connector is likely to have one of its biggest ridership periods next month for the return of BLINK, a pedestrian-centric art and light show in downtown Cincinnati. It will take place during evenings from Oct. 13 to Oct. 16.

In 2019, the streetcar provided 43,205 rides during the four-day BLINK festival.

“We are still finalizing some details, but we know the streetcar is going to be important for the event,” Burchett said. “We expect it to be a big hit.”

Did someone say expansion?

Jeffreys feels the increased ridership is the result of a change in public opinion about the streetcar. It’s changed so much, he said, that the city has received interest from residents of at least two Cincinnati neighborhoods looking at the possibility of expansion.

That includes the historic Mohawk area of northern OTR — the line would go to the Imperial Theater near McMicken Avenue and Linn Street, Jeffreys said. Residents of Walnut Hills told him they'd like to see the streetcar run up Gilbert Avenue to at least Peebles Corner. 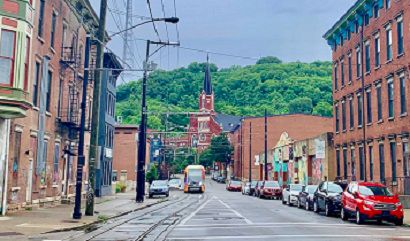 The City of Cincinnati is exploring the feasibility of expanding the streetcar system. (Photo courtesy of Casey Weldon/Spectrum News 1)

In the past, proponents of expansion mentioned the University of Cincinnati’s campus and Clifton Heights as possible destinations.

The conversations so far have all been very preliminary, Jeffreys said. There’s no formal plan or a business model for paying to expand the system.

But Jeffreys thinks now is the right time to have these conversations, especially with unprecedented amounts of federal money available the next few years for transportation-related projects because of the Bipartisan Infrastructure Law. The city is exploring grant opportunities to fund a feasibility study, he said.

Burchett shied away from commenting much about the idea of expansion or other long-term system upgrades. Right now, she’s focused on making sure the existing system meets the needs of residents and visitors.

“We really want to hear from the public to ensure the streetcar system is working for them,” she said.