CINCINNATI — Cyclists and elected leaders are calling for additional changes, both in terms of infrastructure and driver behavior, after two Cincinnati-area cyclists died this weekend after being struck by drivers.


Gloria San Miguel died early Saturday morning after a driver struck her while she and her partner, Zach Vickers, were riding their bikes on the Licking Valley Girl Scouts Bridge that connects 11th Street in Newport, Ky. to 12th Street in Covington, Ky. The driver fled the scene.

Later that morning, Jeff Robbins, 71, a noted pediatric cardiovascular researcher, died in a cycling crash near the intersection of Given Road and Beech Trail in Indian Hill, Spectrum News partner the Cincinnati Enquirer reported.

Following news of the deaths, cyclists, public safety advocates and loved ones of San Miguel and Robbins flocked to social media to demand immediate solutions. 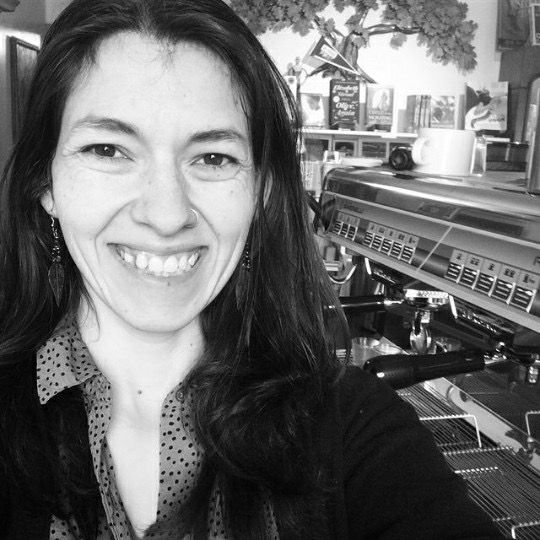 Emily Webster was a colleague of Gloria San Miguel at Roebling Books and Coffee. San Miguel was the manager of the Newport location.

Webster described San Miguel as a beloved community member who leaves hundreds of friends, fellow cyclists, a partner and a 3-year-old daughter, Luna.

Both San Miguel and Vickers are experienced cyclists who were doing “all the things that should be done” on the road, Webster said. They both had lights on the front and the back of their bikes; each wore a helmet; they both understood the rules of the road and how to ride safely.

“It didn’t have to happen,” Webster said. “It’s a difficult loss because it’s sudden, but it’s also difficult because we know that ultimately, there could be safety measures in place or better design that would greatly reduce the possibility for crashes like this.”

Caitlin Sparks knew San Miguel through her work with Tri-State Trails, an active transportation nonprofit focused on advocating for the construction of mixed-use paths and other infrastructure.

Sparks described her friend as a “really special person” with “such an amazing life ahead.” Sparks had to fight back tears while describing San Miguel as “such a good mommy” to Luna, who’ll turn 4 in a couple months.

While cars are important to many people, Sparks said, she wants drivers to realize getting behind the wheel is a “privilege that comes with responsibility.” She hopes San Miguel and Robbins’ deaths bring a renewed focus on the interaction between motorists and cyclists.

“The way people get when they’re in cars, they’re just in their own little bubble, and they forget about the people around them, especially people who are walking and who are on bikes, who aren’t as big of a presence,” she said.

“People in cars need to realize they’re not the priority,” she added. “Pedestrians and cyclists come first, especially in residential areas. When you’re in a neighborhood or when you’re in town, even on our highways — just slow down.”

“The speed limit there is 25,” she said, “but everyone always goes much faster.” 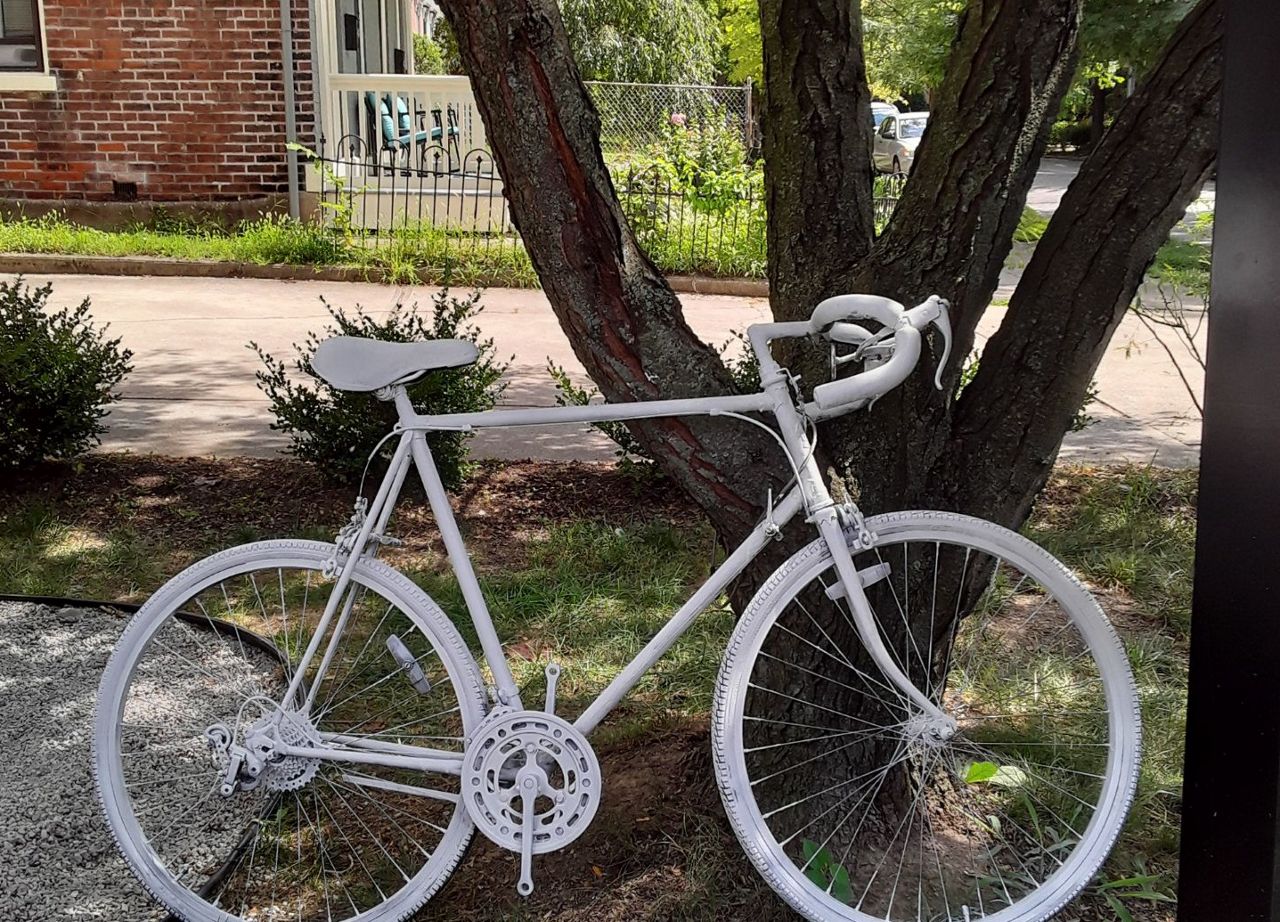 A ghost bike set up at Roebling Books and Coffee in honor of Gloria San Miguel. (Photo courtesy of Emily Webster)

While neither crash took place in Cincinnati, the deaths hit close to home for City Council member Mark Jeffreys, an avid cyclist who regularly rides his bike to work at City Hall. He’s taken his bike over the same bridge where San Miguel lost her life.

Jeffreys didn’t know either San Miguel or Robbins personally, but he said the local cycling community is incredibly close knit and everyone is “feeling it.”

While he wasn’t privy to the specifics of either crash, he feels they represent an “obvious need” for changes.

In light of San Miguel's death, her friends created a petition asking for the installation of protected bike lanes in Covington, a 200-year-old city with narrow streets. The petition caught fire on social media, generating more than 2,000 signatures in two days. The City of Covington released a statement in response, saying it was open to discussions.

“We need to make sure that we do everything possible to have roads where everyone feels safe, whether you’re walking or biking or on a mobility device,” Jeffreys said. “This is just really tragic. My heart goes out to the families and the friends of those who are killed.”

Jeffreys has had his fair share of personal scares involving cars while he’s been on his bike. He admitted some situations were his fault, like mistakenly riding across the highly trafficked Western Hills Viaduct. Other scares, he said, were the result of distracted drivers nearly running into him or drivers vocally angry about having to share the road with a cyclist.

There are also infrastructure challenges, he said. He gave the example of a “sharrow” — a designated shared bike lane — haphazardly placed, in his opinion, in the middle of Madison Road near Withrow High School.

There’ve been 103 crashes involving bicyclists in Cincinnati since Jan. 1, 2020, per city data. Five were fatal, with the most recent cyclist death occurring in 2021.

The data showed 85% of those crashes led to the cyclist suffering notable injuries. Perhaps surprising to some, 77% of the collisions occurred during daylight hours.

Since coming to City Hall in January, Jeffreys has been a staunch advocate for improved safety and resources for pedestrians and cyclists.

“We want to create an infrastructure where a 10-year-old kid can ride their bike to school. Thirty years ago, a lot more kids would ride their bikes or walk to school. But today, understandably, many parents won’t allow that for safety concerns,” he said. “We need to focus on getting back to that where kids can feel safe biking to their neighborhood school.”

Jeffreys advocated for a broad coalition of partners for planning a regional approach to address pedestrian and bicycle safety. 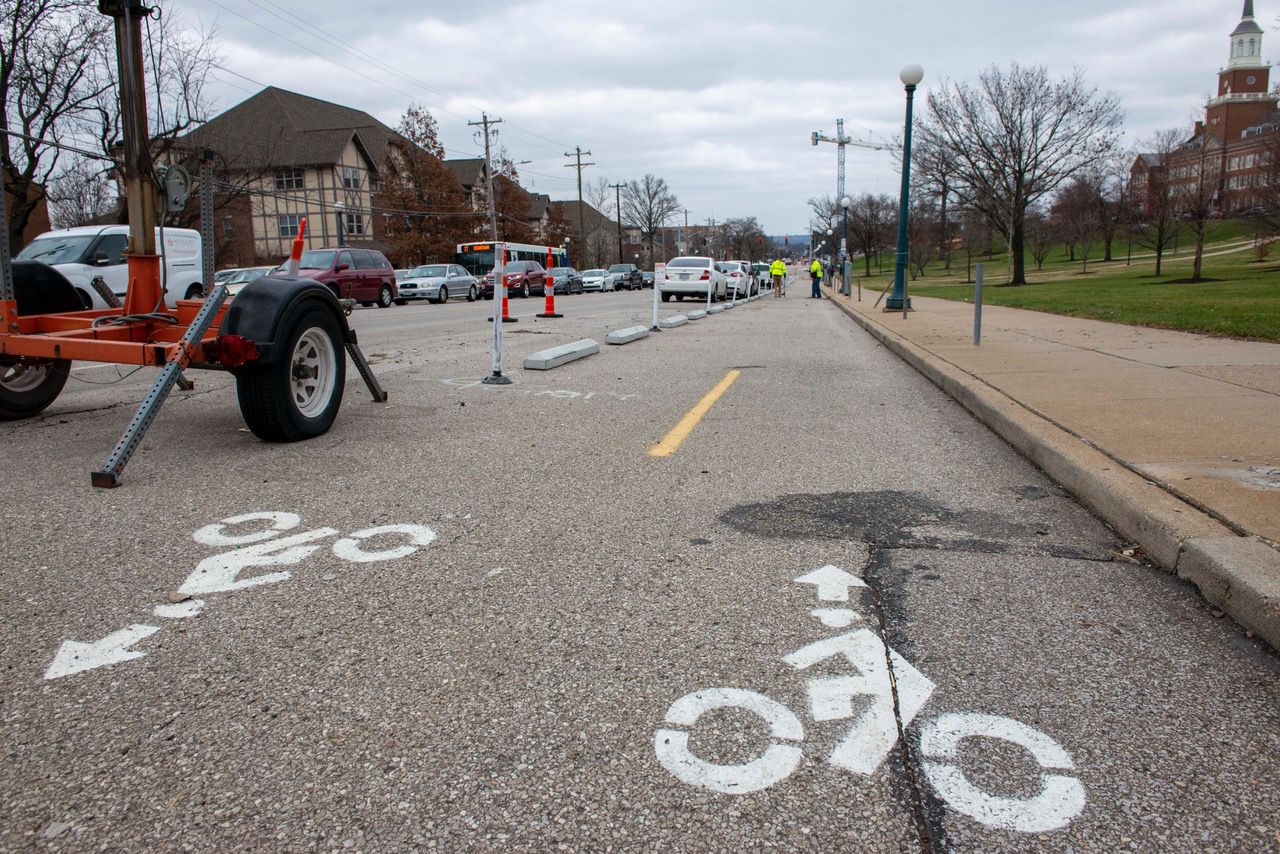 “As a city, we need to be tied in and aware of what’s going on in the region,” Jeffreys said. In the long run, Jeffreys said, his goal is to develop solutions in Cincinnati — such as new bike lanes and speed cushions or bumps in business districts and near schools — that are seen by other cities as something to emulate.

Jeffreys is also a board member of the Ohio-Kentucky-Indiana Regional Council of Governments (OKI), a council of local governments, business organizations and community groups involved in the planning for regional transportation-related projects.

In that role, he’s spoken frequently with Wade Johnston, director of Tri-State Trails. One of the organization's most notable projects is the CROWN, a planned 34-mile urban trail loop around Cincinnati. So far, more than 18 miles of trail is complete, and three other miles have funding needed to start construction.

Johnston views the CROWN as a “hub” to connect cyclists and walkers to major parts of the city. Long term, he envisions the creation of pathways corridors being built to connect to the CROWN to provide safer access to areas just outside Cincinnati, such as Northern Kentucky.

He mentioned roughly 20% of people in Cincinnati do not own a car.

“There’s a critical need to rethink the amount of space that we allocate to vehicles in our roadway network,” Johnston said. “Our streets are our largest public asset from an acreage perspective, and for the most part, right now, they’re built to exclusively move personal vehicles as quickly as possible."

“Our goal is to build out a network that is safe, separated from car traffic and enables people to feel safe making that choice to ride their bike,” he added.

While nothing will make up for San Miguel’s loss, having conversations about making improvements to the region’s roadways is a silver lining, Webster said. She feels the circumstances of her friend’s death offer an important opportunity to turn this into something positive.