Cyclists enjoy a stretch of the Ohio River West Trail, one of the bike trails that aims to connect downtown to Cincinnati's West Side

CINCINNATI – The City of Cincinnati plans to use $400,000 in federal stimulus money to design and get community feedback on a multi-use path to better improve bike and pedestrian connectivity in West Side neighborhoods.


The announcement happened Friday morning at Rapid Run Park, one of the focal points of the plan. The path would extend from the West Price Hill park to Dunham Recreation Center and the Lick Run Greenway between Queen City and Westwood avenues in South Fairmount.

As part of the design process, the city plans to work with residents to ensure the project is “community-driven and based on the needs” of those neighborhoods. 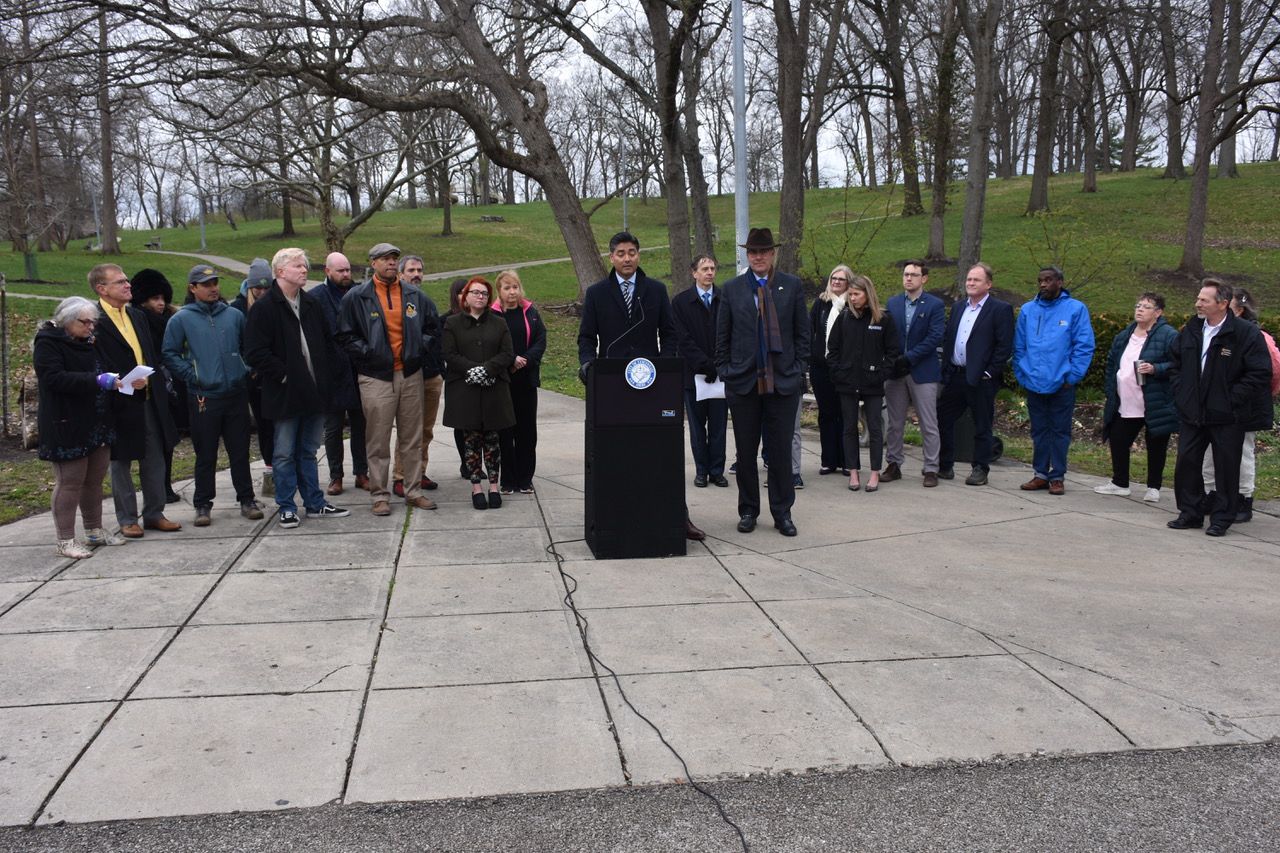 City leaders and West Side residents gathered at Rapid Run Park to announce plans for the path design. The West Price Hill park will be a centerpiece of the project. (Photo courtesy of CitiCable)

“Connecting these assets has been a clear community priority for years,” said Mayor Aftab Pureval. “I am extremely excited for the Department of Transportation and Engineering to begin a process that brings this community vision to a finalized design.”

Council member Jeff Cramerding, a longtime resident of the West Side, called the plan an “unprecedented opportunity” for the area. The plan would provide walkers and bicyclists a more accessible, safer route between several of those neighborhoods and downtown.

“(This plan) would connect Westwood and Price Hill, Cincinnati’s two largest neighborhoods, to the urban core through the Lick Run Greenway and the Western Hills Viaduct replacement,” he said.

The Western Hills Viaduct is a major connector to and from downtown via Queen City Avenue. The proposed plans for its replacement call for a 14-foot wide, protected multi-use path for pedestrians and bicyclists on the south side of the bridge, and an 8-foot wide sidewalk on the north side.

Construction of a new replacement viaduct won’t start until at least 2025. The planned completion date is 2030.

“I’m really excited that the city leadership is making this a priority,” said Wade Johnston, director of Tri-State Trails. “It’s often so difficult to take that first step to fund projects that are transformative.” 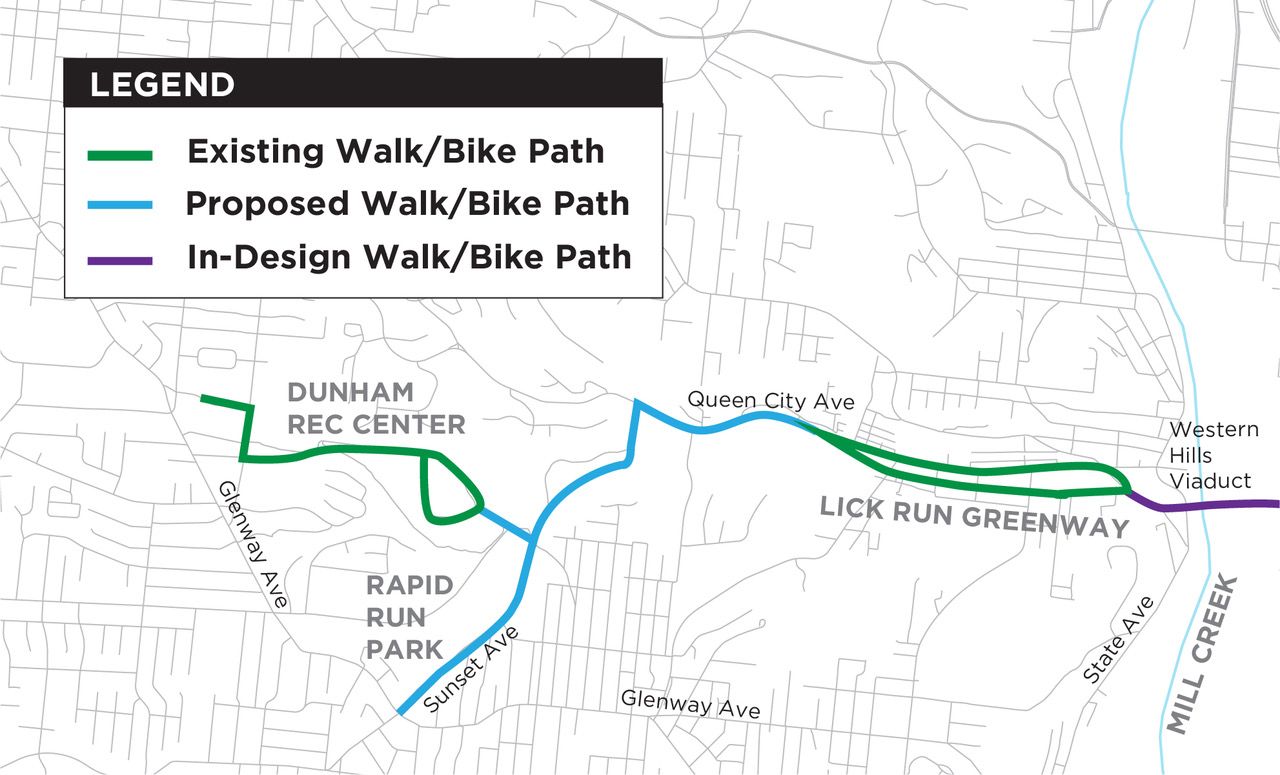 This map outlines the tentative plans for the pathway. Residents will have a chance to weigh in the final design. (Photo courtesy of City of Cincinnati)

Johnston used the word “transformative” because right now the West Side has a “big gap” for biking and pedestrian infrastructure.

“Frankly, right now it’s challenging to get from the West Side to downtown. But there are pieces in motion like the Western Hills Viaduct and Lick Run Greenway, and these projects are going to change that fundamentally,” he said.

Friday’s proposal will help toward that end goal, a true West Side-to-downtown connector won’t be complete. There are still several missing segments, Johnston said. But they’re working on those pieces.

A major component of that is the CROWN project (Cincinnati Riding Or Walking Network), a nonprofit effort that aims to create a 34-mile urban loop around the city. Future efforts will also incorporate the Ohio River Trail West, Mill Creek Greenway Trail, and Canal Bikeway.

“This is the first step in what will probably be a very long game to realize the full vision that we want to accomplish, but it’s a really critical first step to connect the western part of our city to the trail system,” he said.

The money for the project will come from the city’s first round American Rescue Plan Act funds from last year. The original use of this money was “deemed ineligible by federal guidance,” per the city.

Since the Pureval and the new City Council took office in January, City Hall has announced plans to re-allocate at least a couple million dollars to other projects ranging from housing to pedestrian safety to this multi-use path.

Potential construction costs and a timeline are “difficult to say” at this point, according to a spokesperson for the mayor’s office. The city plans to use the engagement and design processes to develop a budget scope for the project.