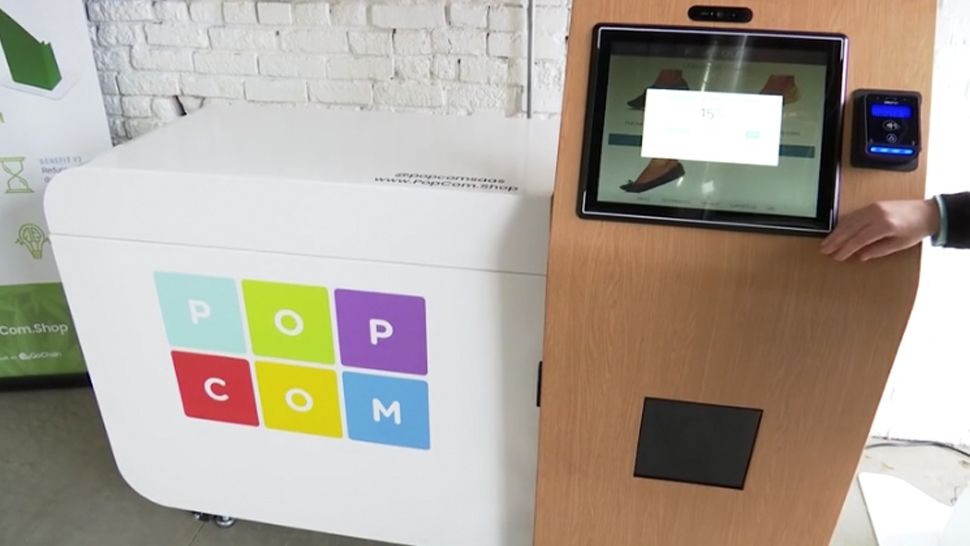 “We really just raised that money to build these machines that you see behind me and really get the traction that we needed to prove that the market really wants what we're building,” said Dickson, PopCom founder.

For her efforts, Dickson has been featured in magazines from Black Enterprise, Fortune, and even Forbes.

Dickson says there are over 10 million vending machines in the U.S. and 70% of Americans use some type of vending machine each day. PopShop, a vending machine and self-serve kiosks, engages with customers and use face recognition and artificial intelligence technology to collect data from shoppers.

Dickson says her team's goal was to build the iPhone of vending machines, with two built-in cameras that reveal non-personal data.

“We're then determining their gender, their demographic, and their emotion. And this ad is intended to attract somebody to the machine. So, the client can set parameters in the background that essentially say, if I see a male, young adult, I have a product that fits that,” said Pat Camp, user experience manager.

“Columbus is a retail hub. It's a national test market and there's many Fortune 100 companies in central Ohio and in Cincinnati. So, it’s a great place to launch here. So, we get a lot of support from the community,” said Dickson.

Outside of PopCom, Dickson's other ventures include Flat Out Heels, which provides rollable flats for women sold either online or through a vending machine and Lifestyle Café, which recently opened up in Olde Towne East.

“Just to bring good, healthy, plant-based organic food to the community, which is how I eat, and how I think is one of the best ways to feed your body,” said Dickson.

Dickson says she's working with legislators to one day sell CBD and medical marijuana in a vending machine without needing a human to attend or verify an ID.

As for now, Dickson says she will do what she's best at — marketing and bringing the best and brightest minds together.

And her advice to budding female entrepreneurs:

“Women of all races, nationalities, ethnicities, you can do anything. You're equal, you're actually smarter, and anything you put your mind to, you can do it."