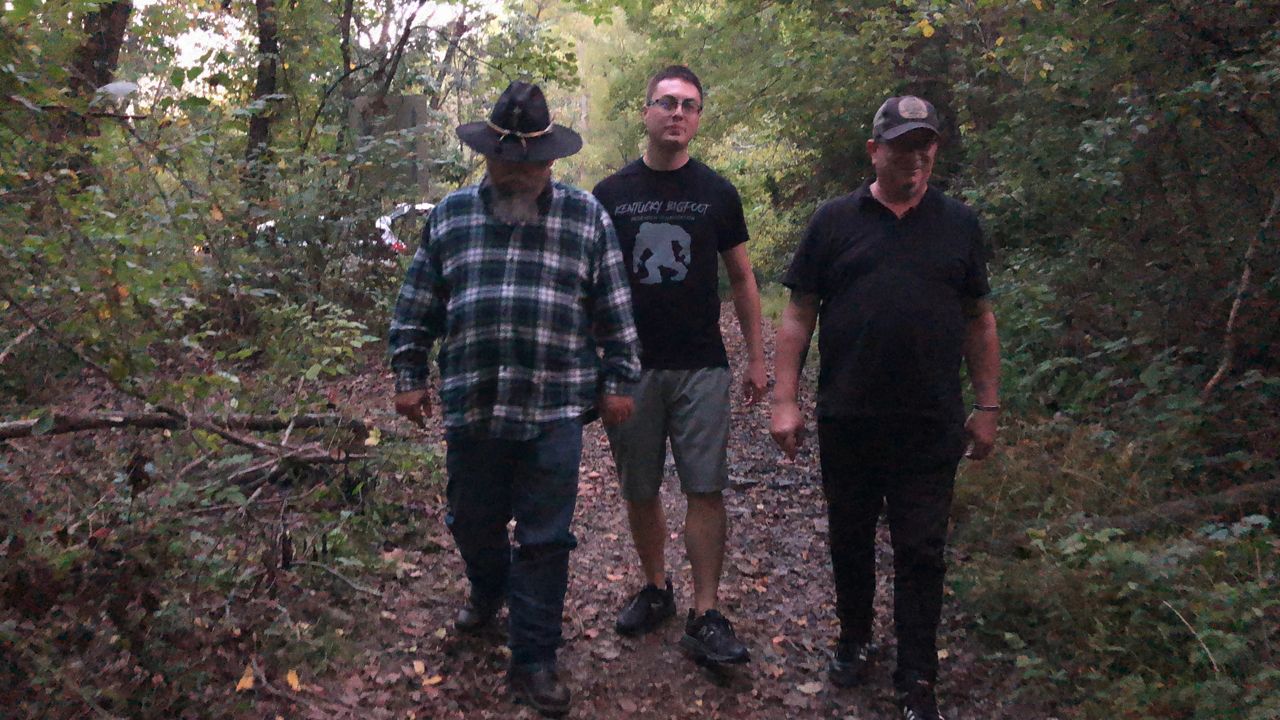 Searching for Bigfoot: Kentuckians share close encounters and the mission to find Bigfoot

But each sighting of Bigfoot disappeared into the thick woods of Eastern Kentucky or even the western or central parts of the state.

Even now, more than three decades of searching continues with the Kentucky Bigfoot Research Organization.

They venture into the forests on expeditions dedicated to locate the mythical creature: Bigfoot.

"More than a just a grunt. Now I did hear a kind of a sound first and that was a first thing it did," said Rodney Adams. He's describing his close call sighting of Bigfoot. "I actually thought honestly it was people messing with me. So it threw a stick and I picked it up and threw it back. but when I did that, it let out a bloodcurdling yell. I mean it was loud."

Adams said he and a couple of friends decided to spend the night at Red River Gorge in the woods during a weekend in June 2004. It was at that time he says the sounds became so loud that it made his hair blow back while they were setting up their tents.

"And about the time we started to make food and stuff before it got dark, that's when objects started coming in the first one goes right over my head into the creek. Wow. I mean, it started was for minutes I don't think at all. He just rolled off the hill, you know, that's kind of blew it off," Adams said.

Fifteen minutes later, he said another object hit the ground rolling up to his feet.

"You can tell it had been pulled out of the ground, it had mud on the bottom, and kind of a mossy top, so I knew that it had been broken," Adams said.

He got annoyed thinking some people played a prank on his group.

"Quit messing with us. This ain't funny. It did not stop. Didn’t reply back at that time but about 10 minutes later that's when we heard that big low *growls* and something ran down the hill. I actually couldn’t see it cause it was already getting pretty dark," Adams said.

Through the thick woods, he tried to make out the sounds.

"It sounded like if I wouldn't compare like a bull run into a bunch of sapling trees, you can hear him bragging and snap but in the footfalls are super heavy boom boom boom boom. and it gets, probably, I would say maybe 40 to 50 feet away, and makes a big huge sound and stops, but doesn't come any closer. but we couldn't see what it was, it was still behind the brush. I tried to hit it with a flashlight, I couldn't see anything at all. but I knew something was there," Adams said.

He isn’t the only one to spot something spooky in the woods.

"Never did come at us. But whatever it was didn’t want us there," said Charles "Chuck" Gray.

"It’s about two foot taller than me, not extremely huge but real broad shoulders. Dark fur. I don't know what color it was because it was dark in the woods, but he's either a dark brown or a black fur," Gray said.

Along with Lexington native James Wilcox who shared his own encounter.

"I could just see a silhouette more or less solid black, a little bit about an arm, you know, swing to it. Once it got behind the second tree I never saw it again," Wilcox said.

Whether you believe in it or not, these are witness testimonies, all in Kentucky, documented by self-identified investigator Charlie Raymond.

"We go around looking for Bigfoot. We spread the word, we try to interview witnesses whenever we can," Raymond said. 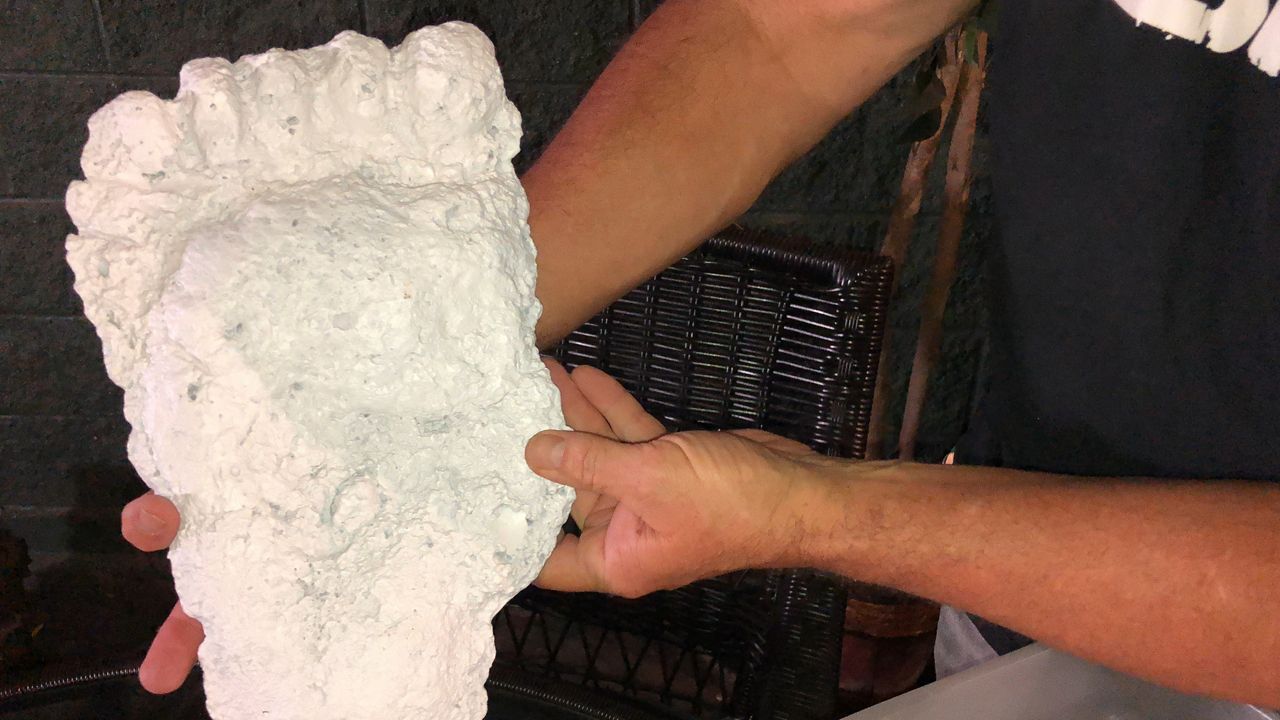 "I think there's a passion there a lot of us have in discovering this species as living, living among us," Raymond said.

Raymond believes there’s a lot of evidence, but there’s no body yet.

His hope is to preserve and file bills that help protect Bigfoot.

He travels the state presenting casts replicated by a fellow Bigfoot tracker Tom Shay. Tracks that Raymond and his team have chased for years documenting almost 400 potential sightings of Bigfoot.

"These other tracks are just historic ones from Washington state in Oregon which we all know that Bigfoot lives there but Bigfoot lives here in Kentucky too," Raymond said.

A chase of the Sasquatch that remains ongoing to this day in the thick woods of Kentucky.

"I still go looking for it everywhere I go. Even when I'm working I can't keep my eyes off the woods. If I drive past a place that looks like this, I'll stop and eat my lunch in it and get out and walk up the trail," Adams said.