LOUISVILLE, Ky — Roughly 18 months from now, after 648 vertical wells are drilled 500 feet into a grassy field on the eastern part of its airfield, Louisville Muhammad Ali International Airport (SDF) will be home to the largest geothermal heating and cooling system at any airport in the country. And potentially, the latest system in the U.S. period.

“We’re trying to find a larger geothermal project than this,” said Dan Mann, Executive Director of the Louisville Regional Airport Authority (LRAA). “We haven’t found it.”

The $21.7 million project, which broke ground in Spetember, will save massive amounts of energy by using the Earth’s natural temperature to heat and cool the terminals. The LRAA said the geothermal system will result in an 80% drop in carbon emissions and a $400,000 annual cost savings compared to a typical HVAC system. It’s also expected to last two to three times longer than a traditional system. 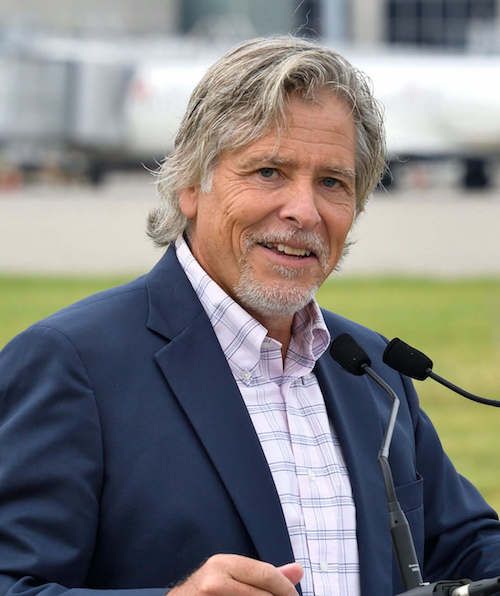 “It wins on all fronts — reduces carbon footprint, is more reliable, and saves money,” Mann said.

The new system will also result in a more comfortable, healthier environment by increasing the amount of fresh air brought into the 360,00-square-feet of terminals that thousands of passengers and employees pass through each day.

The airport’s geothermal project is part of its SDF NEXT Program, a larger effort by the LRAA to build a more sustainable airport. It’s resulted so far in the installation of LED lighting and a concrete-recycling program. Up next is a report determining when and how the airport can reach carbon neutrality.

That’s an effort that the geothermal project will help greatly, said Dr. W. Mark McGinley, a Civil and Environmental Engineering professor at the University of Louisville.

“A significant portion of the carbon that's put out into the atmosphere is through the electrical generation process and a lot of the energy is used to heat and cool buildings,” said McGinley. He and his colleagues have pushed the airport to adopt such a system for several years and would like to see it expanded to also help with de-icing runways. “We are highly supportive of what they’re doing," he said.

The decision to go underground

When the LRAA began discussing needed upgrades to the airports HVAC system several years ago, geothermal was not a part of the conversation. But after COVID-19 hit, Mann said airport leadership began thinking more creatively and asking new questions, such as, “Is there anything out there that’s creative, that actually helps with carbon footprint and sets us up for the future?”

“We’ve got to $25 million of mechanical work anyway,” he explained. “Why not do something that reduces the footprint, is cheaper, and lasts longer?” To help pay for the project, the LRAA secured a $10 million Voluntary Airport Low Emissions (VALE) grant from the federal government.

The push for sustainability at airports across the nation is relatively new. “I can tell you when I started in this business nobody talked about it,” Mann said. “It wasn’t a thing and it has really gotten momentum in the last five years.” There are now airports with solar farms and others that allow passengers to purchase carbon offsets. Electric vehicles are also becoming more common at airports.

The conversation at airports changed as the public became more attuned to sustainability and as prices dropped. Mann, who describes himself as “fiscally conservative,” said, “These are not just green giveaways. These are things that make business sense.”

And they're things that Louisville is now leading on. “I just came back from a conference and heard from several airport leaders who said they are going to start looking into geothermal,” he said. “I suspect in the next four or five years you’ll see a lot more geothermal projects.”

Discussions of decarbonization often revolve around the switch from fossil fuels to renewable sources of electricity and using that electricity to reduce transportation-related emissions, often via electric vehicles.

But cutting emissions from heating and cooling buildings is another major piece of the puzzle. In 2019, emissions from buildings reached an all-time high, according to the International Energy Agency. One of the primary drivers of the spike was the “growing energy demand for heating and cooling with rising air conditioner ownership and extreme weather events,” the agency said.

McGinley, the UofL professor, said the adoption of technology to mitigate these emissions has been slow due to low-energy costs. But that's beginning to change because "economics is not the only driver,” he said.

Not only are the owners of buildings more interested than ever in sustainability, but early adoption allows them to lead. In September, Rep. John Yarmuth, D-Ky., celebrated Louisville's leadership, not just with geothermal but for what it represents.

"Today’s groundbreaking once again makes clear that Louisville can and should be at the forefront of green technologies that create good jobs, save money and provide a healthier and more inhabitable environment for this and future generations,” he said.