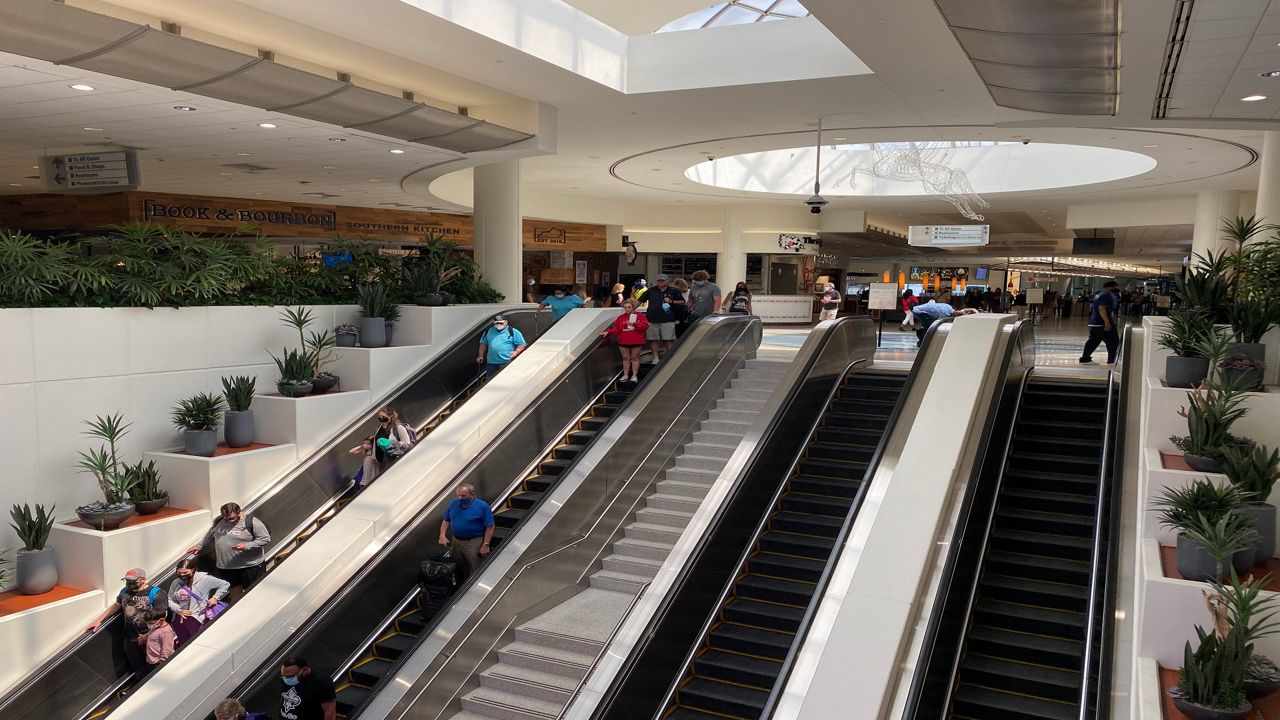 LOUISVILLE, Ky. — People are traveling more in and out of Louisville Muhammad Ali International Airport, and officials think traffic may hit record levels this summer.

LaShell Sloan and Keiara Lewis were two of the travelers who headed out to SDF for their trip to Los Angeles.

“It is just a mother-daughter trip,” Sloan said. “We thought it would be a good time to enjoy a nice little trip.”

“We definitely see the traffic coming back," he said. "We’ve already had many days this year and this summer that are starting to surpass those 2019 numbers we saw. 2019 was a record year, so to be back on that pace so soon is already an encouraging sign."

At the beginning of the year, Gilmer estimates that SDF saw about 30-35% of what it considers to be normal traffic. More recently, there hav e been days when the airport is at 100% or even more. He thinks there are many factors at play.

“People are starting to look into travel and they are seeing more options, seeing restrictions being more relaxed than they used to be,” Gilmer said.

SDF recently began offering flights from Spirit and Breeze airlines, expanding the slate of offerings at the airport.