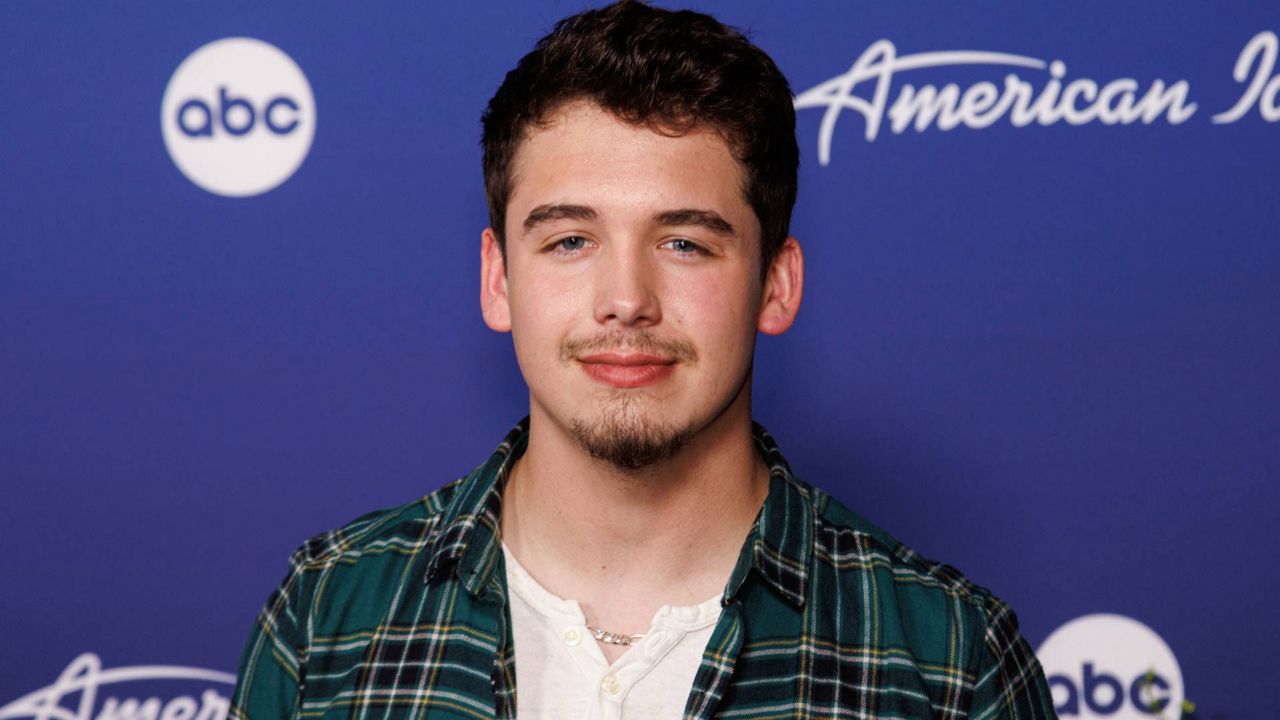 LOUISA, Ky. — Kentucky’s own American Idol is excited about his first big performance following his win on the show.

“It’s unbelievable,” Thompson said. “Like, my whole family, we’re all just kind of blown away by it. We’re still trying to take it all in, because it’s just life changing, you know? It is life changing.”

The only one who isn’t feeling too much of a difference, Thompson says, is his son, Walker.

“He has no idea,” Thompson laughed. “He just turned one recently, so he’s just still a little thing, but he’ll know soon enough.”

Thompson missed some milestones while he was away for the competition, including his son’s first birthday. However, he maintained throughout the 2022 American Idol season that his motivation behind going on the show was to create a better life for Walker.

“I want my son to see I’m chasing my dreams and he can chase his too,” Thompson said in an interview aired on the show right before he found out he made it into the top 24 of the competition.

His voice, paired with his love for his son, along with some Kentucky charm and humility, won over not only the millions of people who voted for him, but the judges, too.

“You just deserve the world,” Judge Katy Perry told him after one of his performances. “You are a great human being.”

“I do feel like this show is created for people like me and people like Noah, who didn’t know to dream that big but knew that they wanted to do something,” the country star said, teary-eyed.

Underwood mentored Thompson virtually as he struggled with a COVID-19 infection just a couple of weeks out from the finale. Thompson says he was sure his quarantined performance from his hotel room would be the end of his time on the show.

“I was upset,” he told Spectrum News 1. “I was just, like, almost heartbroken, man, because I was like, ‘Oh my God, I’m going to sound awful and I really don’t want to do this, because it’s just going to sound horrible.’”

However, he didn’t. To his surprise, the judges said that was one of his best performances of the entire season.

Now that Thompson’s back home in Louisa, he says he wants to stay authentic to his Kentucky roots. Sometimes that means posting photos with his old construction crew mates or using his riding lawn mower to social media.

“I’m trying to show people who I really am—that I enjoy cutting grass; I like riding motorcycles, you know what I mean? It’s simple things that I love to do. It’s not flashing lights, and, you know, big fancy trucks, whatever. That’s not what makes me happy, but I love playing music, and that’s what I’m doing, you know? It’s not the money for me—I just love to play music,” Thompson said.

Lucky for him, the American Idol win comes with a record deal.

Thompson already released a song during the show that hit number one on the iTunes Charts, and he has some performances lined up playing with his friend, Arthur Johnson, who signed him up for the show.

“I’m not really going back to construction no more,” He smiled. “This is it, right here.”

Thompson adds that he’s proud to represent the city of Louisa, and he hopes his win is something that everyone there can be proud of.

His performance at CMA Fest is at noon on Thursday. He also plans to perform in the Rush & Rowdy 3 Day Off-road Extravaganza next week in Rush, Kentucky.