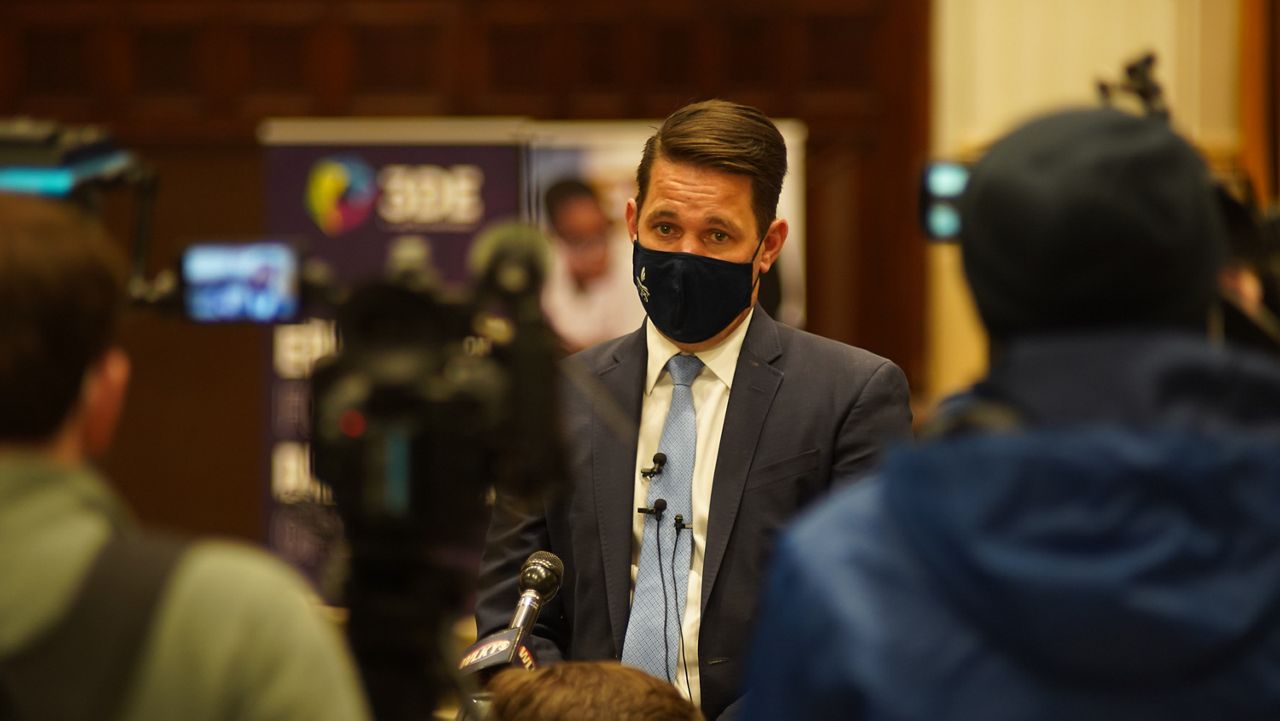 Earlier this year, the Jefferson County Board of Education approved creating a new safety administrator position at every one of its middle and high schools. At each school, that person will manage safety-related issues and monitor any threats.
Jefferson County Public Schools is also hiring on 30 of its own school safety officers. Superintendent Dr. Marty Pollio says the hope is that they’ll all be ready to start at the beginning of next school year, in the fall.

While briefing Louisville-area media following Tuesday’s Uvalde school shooting, Pollio told reporters the press conference was at least the fourth he’s had to hold about a school shooting in the less than five years he’s been the JCPS superintendent.

“And the questions are almost always the same, and we always end up talking about, ‘What can school systems do to prevent this?’ When we have to ask ourselves, ‘Gosh, there seems to be a lot bigger answers than just what the school system can do,’ especially when there were two armed police officers standing in front of that school and this still happened.”

He says JCPS is doing its part, however. The district is hiring and training its 30 armed school resource officers (SROs). Some of them, Pollio says, are coming with law enforcement experience, and those who don’t have any will be sent to the police academy to prepare for next school year. Because of those training differences, it’s unclear whether the district will be fully staffed with all 30 officers right when school starts back in the fall.

Once the SROs are ready, they’ll serve all 155 elementary, middle and high schools in the district. Pollio says it’s not feasible to have an officer at every school all the time.

“We already see LMPD that is down about 300 officers, vacancies—and so if we want an armed officer in every school, we’re going to have to have 155 of them at JCPS alone, and in the Commonwealth of Kentucky, 1,100—I don’t know the exact number, 1,100 plus officers,” Pollio said.

The superintendent says JCPS schools are keeping their doors locked during school hours, and he says the district has improved its entry process for visitors, requiring them to ring a bell and show an I.D. to get in. However, he acknowledges doors aren’t as secure before and after school.

“Clearly, there is an issue with access to firearms,” Pollio said. “I mean, I’m not trying to get political here, but we know we’ve had issues here at JCPS this year with the amount of illegal firearms that are available to young children out there, even elementary school.”

Pollio says as an educator, he wants to see more sensible gun laws in place.

“Yes, superintendents are responsible for what happens at the school doors, but I think we’ve really got to start taking a look at what’s happening outside the school doors if we’re going to end this problem,” Pollio said.

Thursday marks the first night for graduation ceremonies in JCPS. Dr. Pollio says there will be a great deal of security at each ceremony and he feels the district is well-prepared with safety and security for the large crowds gathering.

Pollio says counselors are available to talk to any parents or students who may have concerns about school safety.