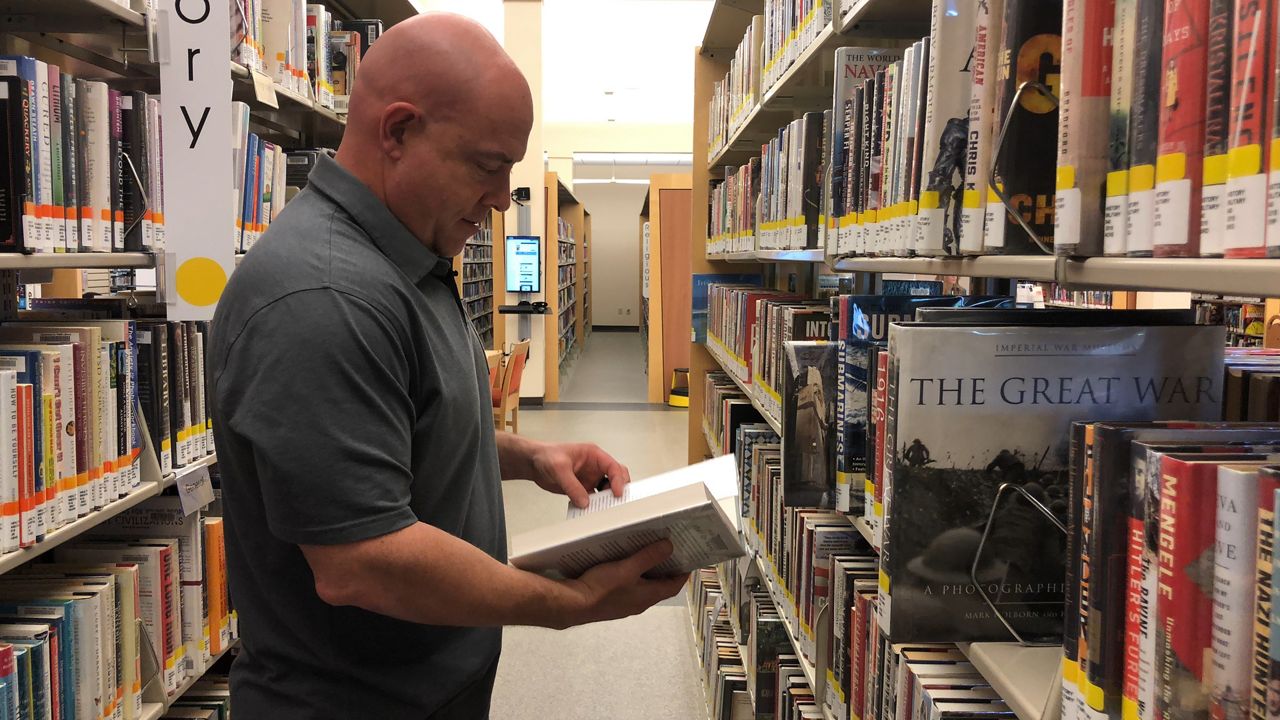 In the spring, Morgan Howell teaches military history to Warrant Officer candidates. On this day he’s at his neighborhood library researching some books. But his primary role is Principal at the Woodford County High School. (Spectrum News 1/Khyati Patel)

At the end of April, Principal Morgan Howell said he received a demand to resign or be demoted, to teach in the district.

He also serves in the Kentucky National Guard.

In his two decades as an educator, Howell said right now is one of the toughest times in his career path.

“It is my first experience being demoted, you know, with 20 years in education and 24 years with with the Kentucky Army National Guard,” Howell said. “You know, for the most part, I’ve always gotten positive evaluations. So this is this is one that’s different.”

In the spring, Howell also teaches military history to Warrant Officer candidates. On this day he’s at his neighborhood library researching some books. But his primary role is principal at the Woodford County High School.

“As an administrator, you know, I was an assistant principal for approximately 11 to 12 years,” Howell said. “And, and I always cared about what the teachers and the students thought, you know, there’s two audiences, if you will. And I will say in this case, even though it stings that my supervisor feels like things aren’t going in the right direction, that the students, the teacher will provide a lot of support and that that’s at least help.”

Howell can’t pinpoint to one incident per se that’s led to his demotion.

“I know that there were a couple of points of disagreement throughout the year. You know, Woodford County has been in talking about building a new high school. And I know myself and some of the teachers were fairly outspoken in terms of what that ought to look like. Everyone agrees we need a new high school or I mean, there’s there’s no one in the community would say otherwise. And but there were some questions in terms of the financial management, you know, whether it was fiscally responsible,” Howell said.

Spectrum News 1 also asked him if his demotion is connected to his service in the Kentucky National Guard.

He said from his perspective he’s performing his job–and says he’s earned the respect of students and teachers.

Spectrum News 1 reached out to the Woodford County School District.

A spokesperson said, “Since it’s a private personnel matter, we have no comment. Thank you!”