Republican Speaker of the House David Osborne presides over the House of Representatives. (AP Photo)

Held annually on the first Saturday in August at the St. Jerome Catholic Church, the Fancy Farm picnic is seen as the kickoff to the Commonwealth's political season. Elected officials from both sides of the political spectrum are invited to attend, with speakers usually making jokes and taking shots at the other side in a light-hearted manner.

Democrat Bob Babbage, a lobbyist who previously served as secretary of state and state auditor, emcee'd last year. The emcee role alternates between Democrats and Republicans every other year. 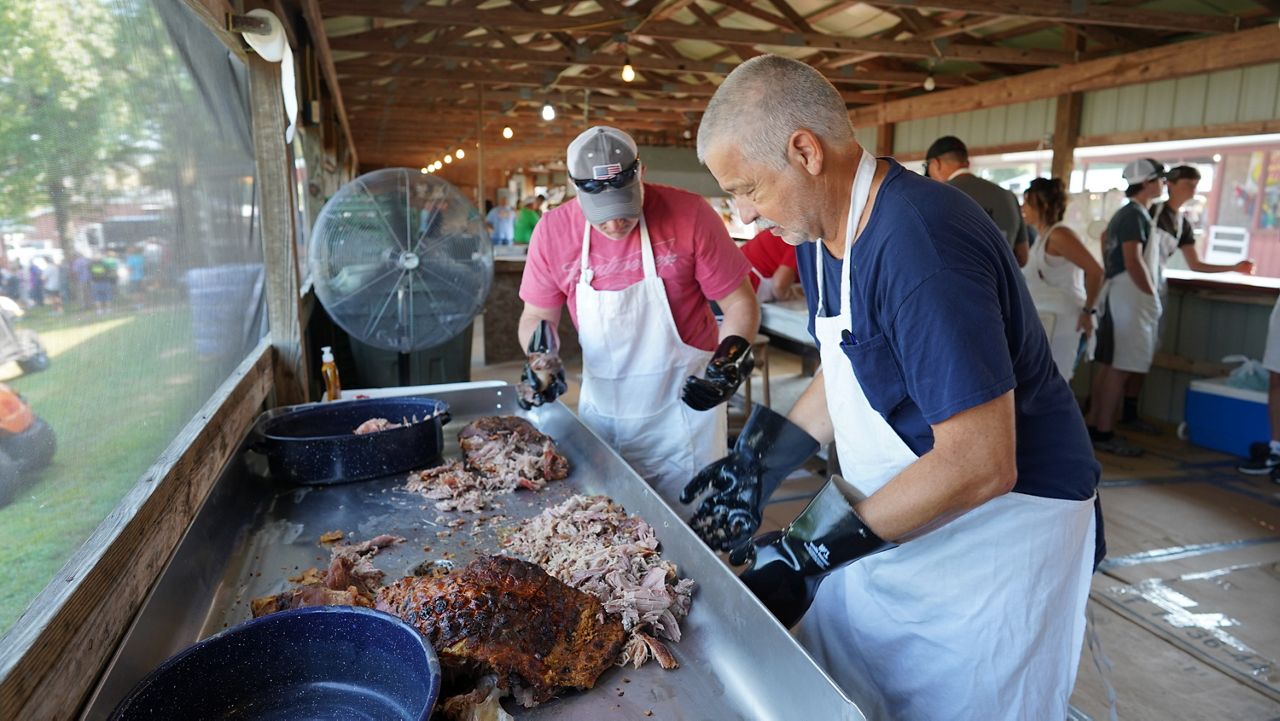 Politics is big, but food is bigger at the Fancy Farm Picnic. (Spectrum News 1/Jonathon Gregg)

Speaker Osborne will be the first Speaker of the House to emcee the picnic, with the last being former speaker Jody Richards in 2006.

“The Fancy Farm Picnic is a great political tradition in the Commonwealth and each year it is challenging to decide on an emcee," said Steven Elder, the picnic's political chairman. "We are fortunate to have so many people come to western Kentucky each year for the event and certainly fortunate to secure Speaker Osborne as our master of ceremonies.”

Last year's event was more subdued than years past, partly due to the COVID-19 pandemic. No Democrats holding office attended last year, so it was dominated by Republicans largely taking shots at Democratic Gov. Andy Beshear.

This year, however, is shaping up to be a lively picnic for both sides. State Auditor Mike Harmon, Attorney General Daniel Cameron and Ag Commissioner Ryan Quarles have launched their campaigns to challenge Beshear for the Governor title. In the Senate race, Republican incumbent Rand Paul and Democratic nominee Charles Booker could also attend.

Editor's note: A previous version of this story misspelled David Osborne's name in the headline.  We apologize for the error.