LEXINGTON, Ky. – Parents in rural areas are reluctant to get a vaccine and are also much more unlikely to let their children get the shots than their urban or suburban counterparts, according to a new study by The Covid States Project.


The study surveyed 20,669 individuals throughout all 50 states and Washington, D.C., between June 9 and July 7, 2021. It reveals rural parents are more concerned about whether the vaccine has been tested enough, whether it works, possible long-term health effects, and how new the vaccine is more than urban and suburban parents. Suburban parents were more concerned about these factors than their urban counterparts.

The study, a joint effort of Harvard, Northeastern, Northwestern and Rutgers universities, assessed parental attitudes about getting their children vaccinated by breaking the numbers down by political party, rurality, educational attainment, age of parent, gender, race and more.

According to the study, “Republican parents, young mothers, Black parents, parents with lower levels of education, parents making less than $25,000 per year, and rural parents” were more likely to be concerned about the vaccine.

Pike County native Josh Stacy, 43, has lived and worked in the mountains of rural eastern Kentucky his entire life. He and his wife, Tomi, are the parents of two daughters, ages 13 and 5. He said none of them have gotten or will get the vaccine.

“I feel there is more to it than just getting a shot,” he said. “The government doesn’t do anything with your best benefit in mind. There is not a 100% guarantee you will not contract the virus even with the vaccine.” 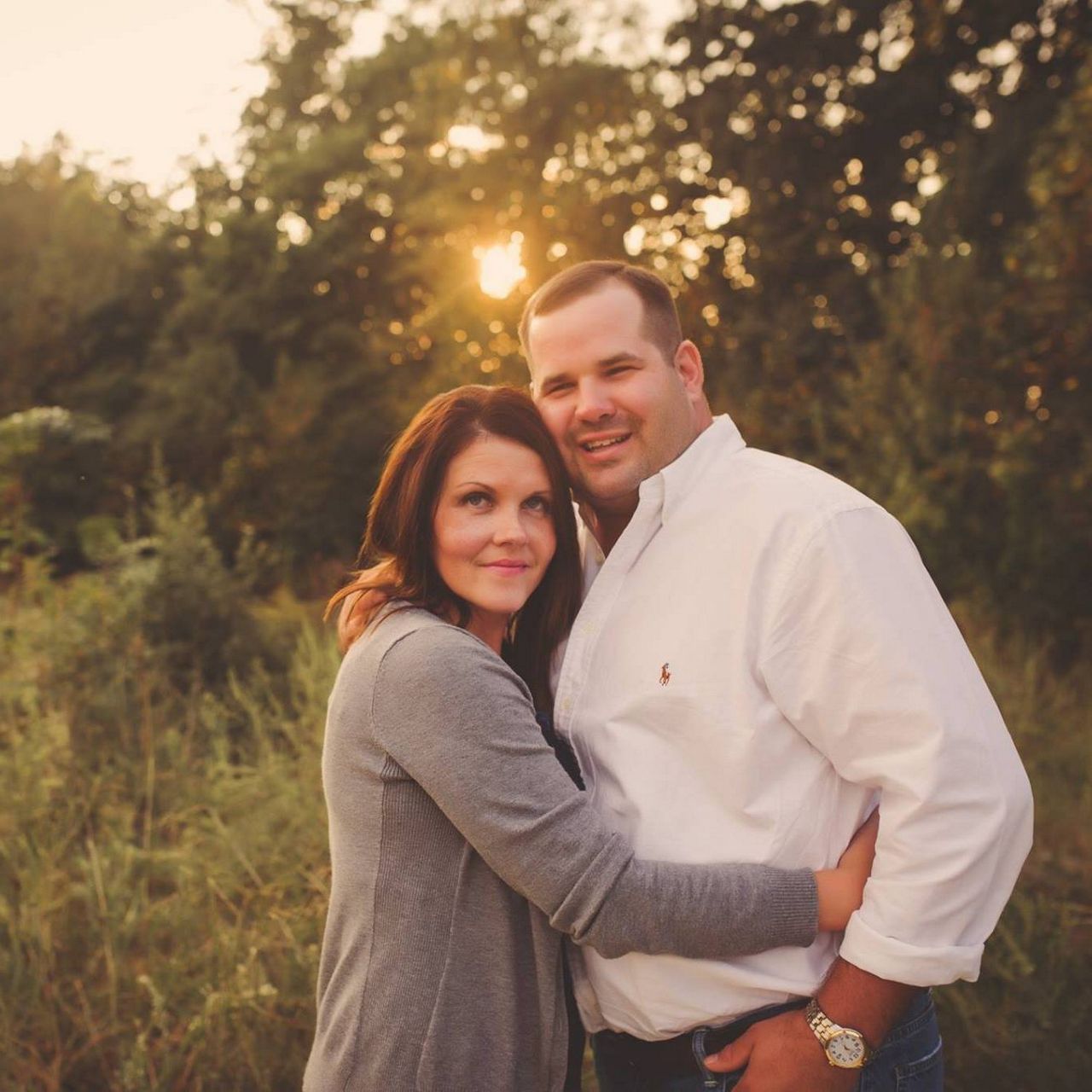 Stacy’s doubts about the vaccine have only intensified recently, as his vaccinated mother and stepfather are currently battling COVID-19.

“It’s not like chickenpox, tuberculosis, or anything like that,” Stacy said. “This virus is man-made, and I feel that the government and certain elites in this country are about population control.”

Stacy’s faith also plays a significant role in his decision not to get the vaccine. Strong adherence to one’s religion is prevalent in rural America, but was not a factor the study considered.

“I’m a Christian, and I also think that this is going to lead to other things,” he said. “I’m not saying this vaccine is the Mark of the Beast, but it can lead to that. It says in the Bible [the Mark of the Beast] will be placed in your right hand or forehead. “We haven’t gotten that far yet, but it is leaning that way. You won’t be able to buy or sell anything without the mark.” 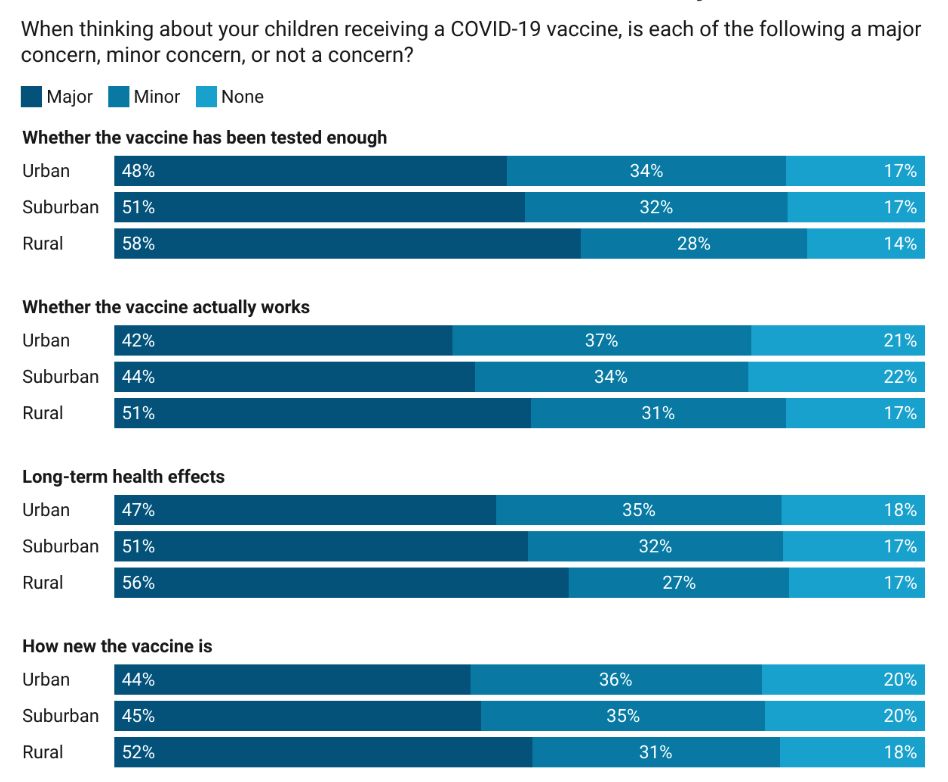 Stacy believes the government uses the vaccine to exert control over the masses by requiring people to show proof of vaccination in certain situations and companies mandating vaccines as a term of employment.

“That’s not going to go on for too long,” he said. “If people can counterfeit money, they can counterfeit a vaccination card. I feel that this will lead to more than just being vaccinated. We are supposed to live in a free nation with freedom of choice. If people can choose to abort a child, then we should have a choice whether we take a shot.”

Stacy said he instead would rely on a home remedy of vitamin C, Zinc and Elderberry to fight off the virus. As of now, no one in his household has been officially diagnosed, although he believes he had the virus in late 2019, several months before the pandemic took a grip on the country. The Food and Drug Administration’s approval of the vaccines did not change Stacy’s opinion.

“The FDA approved fentanyl, for God’s sake,” he said. “Your body’s immune system has to build up to this stuff to have any success. The common flu kills more people than this. I feel it’s all politically driven.”

Stacy said his anti-vaccine stance is not the result of COVID-19. He said he has never taken a vaccine or even a flu shot.

“I’m not saying COVID isn’t real,” he said. “I think I had it back in February of 2019 because I have never been that sick – couldn’t breathe, coughing like crazy, nasal congestion and fatigue. I took a breathing steroid, breathing treatments, vitamin C and elderberry.”

Stacy said he and his family would not eat at a restaurant that asks for proof of vaccinations, and if he is asked to do so, he will ask for evidence from everyone working there if they have been vaccinated.

“I started canning this year from a garden,” he said. “I watched my grandmother do this when I was a kid and remembered how she did it. I have been teaching my kids how to do it, how to fish. We will not be dependent on the government for anything.”

New coronavirus vaccinations in rural and urban counties have increased dramatically over the past two weeks. Although rural counties still have a lower overall vaccination rate than metropolitan areas, the rural rate for new vaccinations was higher than in metro counties during the week of Aug. 13 to 19, when about 237,000 rural Americans became fully vaccinated, according to an interactive map from The Daily Yonder.

Another study by The Covid States Project revealed the level of vaccine misinformation is higher in rural America.