Ronnie Shelton has been a valet for 35 years and he's got the scars to prove it. (Spectrum News 1 KY/Adam K. Raymond)

'I don’t want to be overlooked:' A Churchill Downs valet explains the Derby Week labor dispute

LOUISVILLE, Ky. — Ronnie Shelton won’t even say the word “strike.” The Churchill Downs valet, who is leading the charge for a new contract between the track and the workers who make each race possible, is hopeful that the “worst-case scenario” can be avoided.

“We haven’t come to a solid agreement, but we’re working on it,” Shelton, who is part of a 13-man crew that readies jockeys and horses for each race, said Wednesday. “Nobody’s going to be 100% happy. But let’s get something on paper and get this behind us.”

With just three days until the Kentucky Derby though, Service Employees International Union (SEIU) Local 541, which represents the workers, voted to authorize a potential strike, according to a Wednesday news release.

“Channels are still open for communication,” Shelton said. “Hopefully we will resolve this very soon.”

At issue is the compensation that Churchill Downs Inc. (CDI) provides valets for performing a painstaking and meticulous job. At present, valets are paid a $109 day rate. They asked for a gradual raise that would increase the day rate to $130 in 2023. CDI countered with an offer of no raise in 2021, a $6 raise in 2022 and a $5 raise in 2023, bringing the total to $120 a day. The offer, which also failed to meet union requests for increased pension contributions and minimum staffing levels, was unanimously rejected.

In the first quarter of 2021, CDI brought in net revenue of $324.3 million, up 28% from 2020, and net profit of $36.1 million, up from a net loss of $23.4 million in 2020. Just last week, CDI announced that “robust” business from Derby City Gaming, its facility for slotlike betting machines, would result in $3.1 million added to spring meet purses. The raises the valets have requested would be a fraction of that total.

“We don’t even really want a whole slice of the pie,” Shelton said. “But, I’d like to have half a slice.” He noted that valets work only 70 days a year, meaning that raises for all 13 of them would not amount to much. Still, he said, “What little tiny bit we can get means a lot to us.”

A spokesperson for CDI did not respond to a request for comment.

The work of a valet is largely performed behind the scenes. There are some moments of glory — Shelton worked for the jockeys of three Derby winners — but the job is largely defined by the need for precision and the unrelenting pace, Shelton said.

“Four times a race — we go down, we saddle, we come back up,” he said. “We do our work as quickly as we can, to get prepared for the next race. We go back all the way out to the racetrack. Then, we come back again. And the cycle repeats itself.” 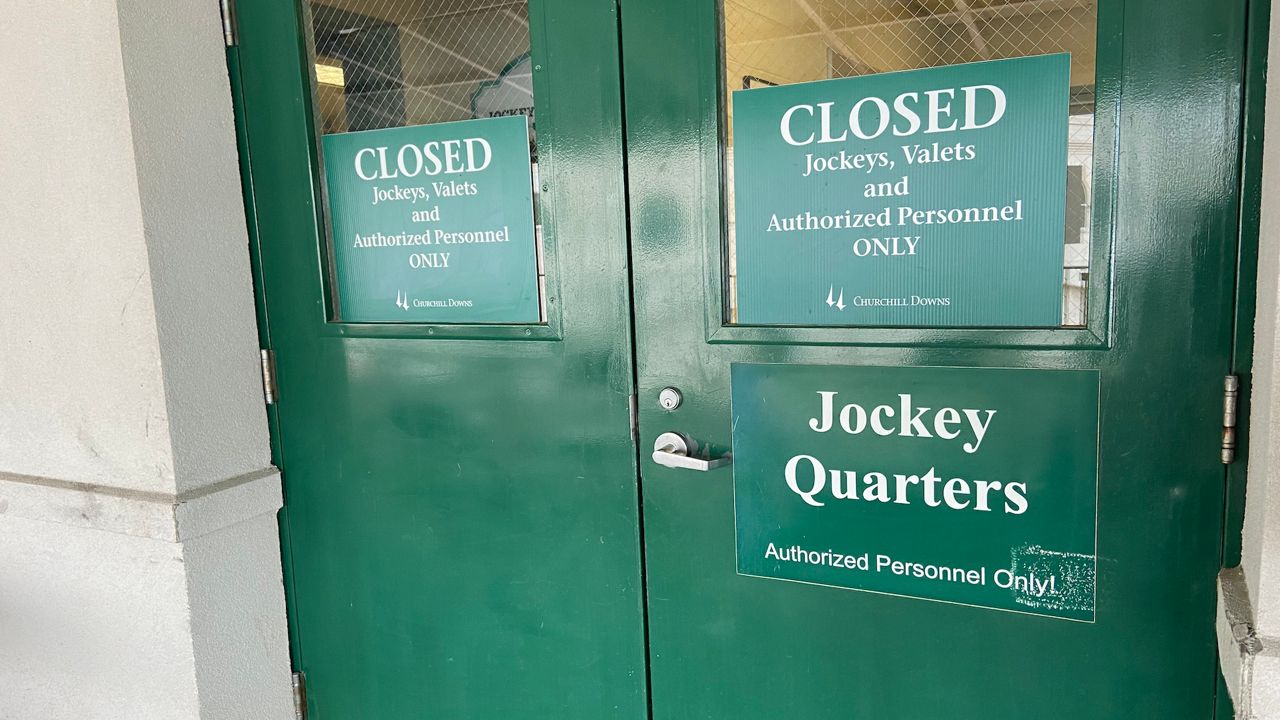 Back in the jockey quarters, valets ensure that each jockey is set up for the next race by having his silks ready, preparing a helmet, whip and goggles — or multiple pairs of goggles in the bad weather — and ensuring that the proper saddle is ready to be run down to the paddock.

With more than 3,220 race days worked at Churchill Downs, Shelton is the most experienced valet at the track, and he’s got the scars to prove it.

“The job is dangerous," he said. “I’ve been knocked out. Stitches here and there. I have a half-moon scar on my shoulder from a horseshoe. A couple years ago I had a horse smack me in the top of my head and split my wig open; broke an ankle; three broken ribs at one time. Anything can happen.”

But Shelton has kept coming back for decades because he likes the work and the people. Now in his mid 60s, he said he will continue to work as valet as long as “the good lord holds me in one piece."

But he would like for that work to be acknowledged by the company he's doing it for. “I don’t want to be overlooked or underappreciated," he said. "This work means a lot to us."