LOUISVILLE, Ky. — With the spin of a wheel, Louisville's Giavanna (Gia) Combs was named the 2021 Kentucky Derby Festival Queen at a special Coronation Ceremony at The Galt House Hotel. Gia, 21-years-old, is a senior at the University of Louisville majoring in Psychology with a minor in Pan-African Studies. 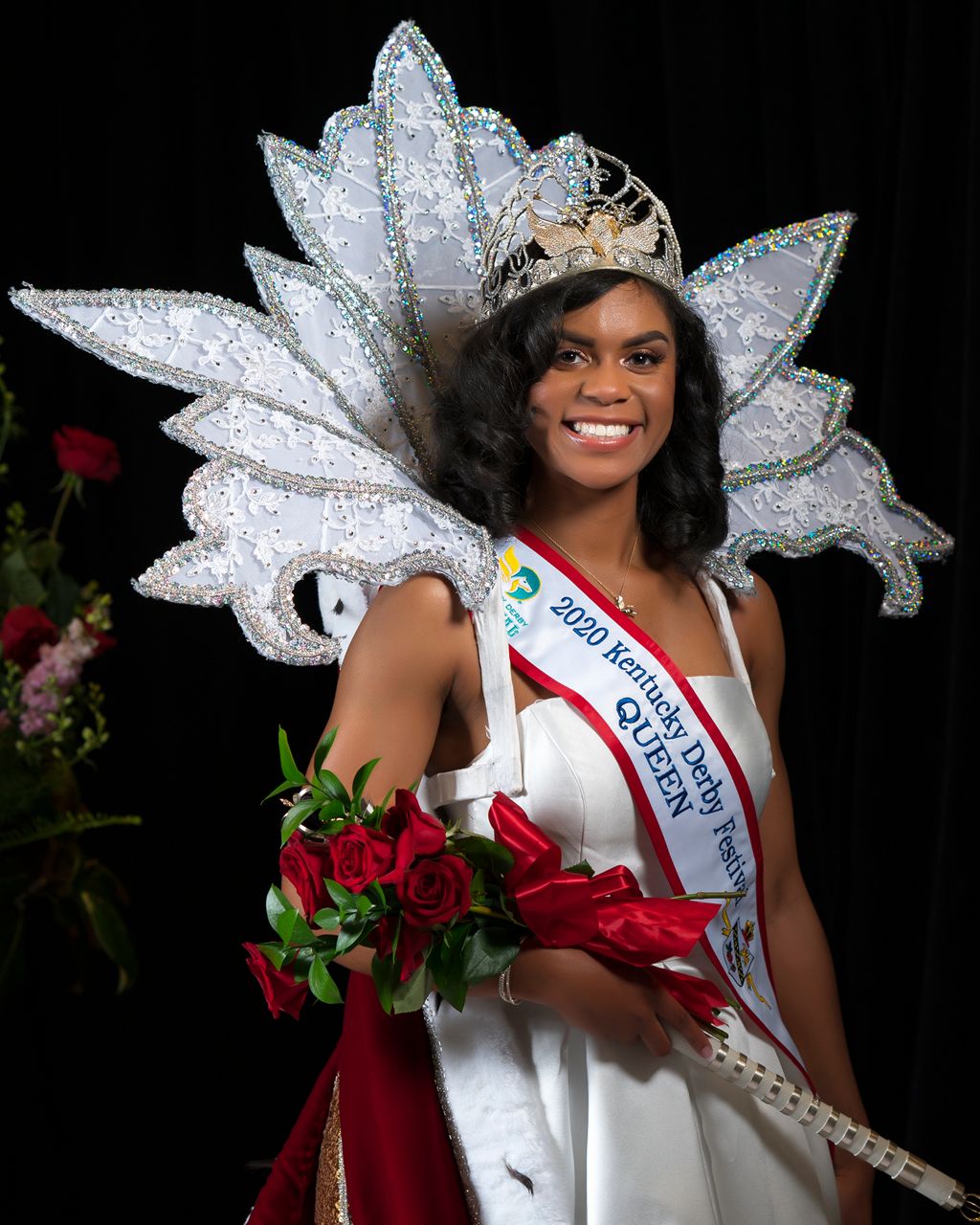 A Denny Crum scholar, Combs is a member and Secretary of the Beta Epsilon Chapter of UofL's Alpha Kappa Alpha sorority. Combs also participated in the medical companion program with the Louisville VA Medical Center, and worked with Global Game Changers Student Empowerment Program. While working 2 jobs, Gia has successfully maintained a 4.0 GPA for her senior year.

This year’s Derby Festival Princesses anxiously awaited the traditional spin-of-the-wheel, performed by Fillies President Susan Moore. The other members of the court include:

Chosen each year as ambassadors for the Kentucky Derby Festival, the Royal Court consists of outstanding young women from around the Commonwealth. Selected from a pool of more than 100 applicants, they have continued to represent the Festival in many ways and through extraordinary times.

Their reign continues through 2021, as they make multiple appearances both virtually and in-person at Festival and charity events. They’ll help share the Derby Festival spirit, as well as the importance of academics, volunteerism and community involvement.

The Princesses act as ambassadors for the Derby Festival and the city as they represent the community at a variety of functions. The Fillies, Inc. was established to support the Kentucky Derby Festival.

Past Derby Festival Queens include Martha Layne Collins – Kentucky's first woman Governor, the late Gail Gorski – the first female pilot for United Airlines and a number of other community leaders. Many say their Derby Festival experience helped them prepare for their future careers.