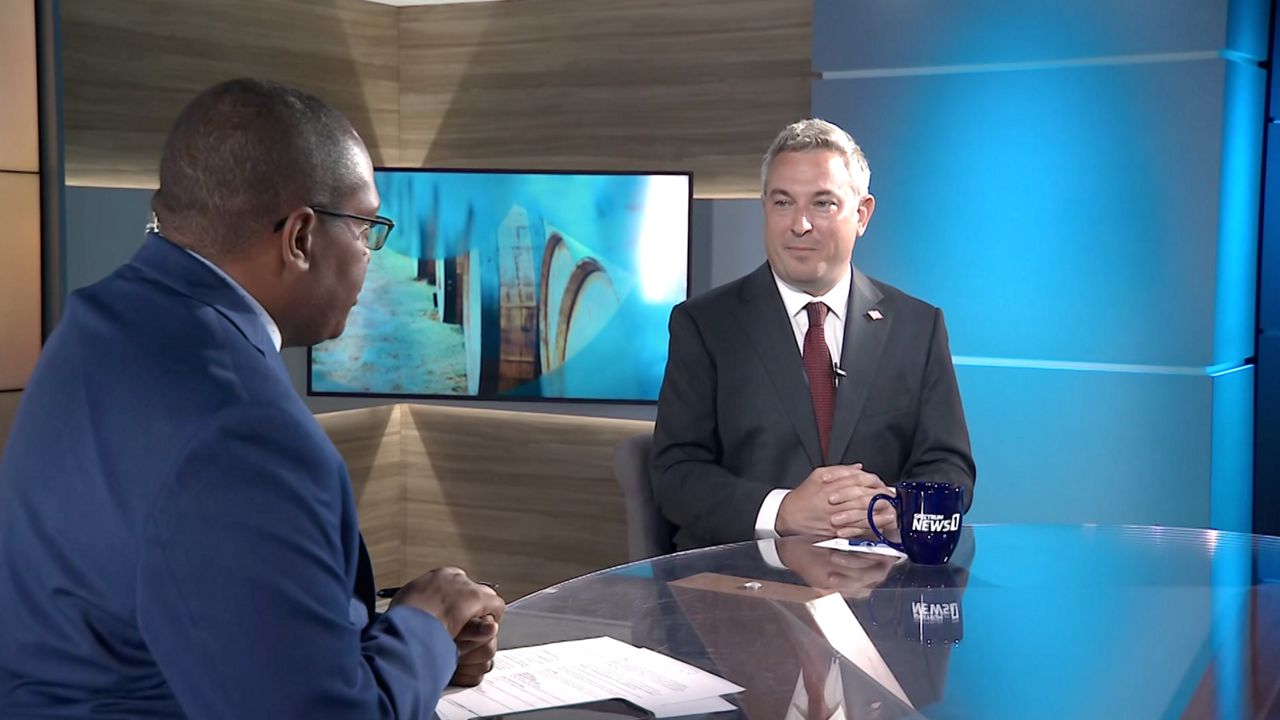 Quarles has been outspoken about advocacy for farmers being recognized on the regional and national level. He just recently wrapped up a term as President of the National Association of State Departments of Agriculture (NASDA).

During this In Focus Kentucky segment, Quarles comments on Jefferson County judge’s decision to strike down House Bill 334, which was a measure limiting Gov. Andy Beshear’s (D) appointment authority executive Branch Ethics Commission (EBEC) as well as eliminate the current membership of that board. The legislation would also would allow the five statewide office holders to make one appointment to the panel.

“We as a constitutional team, with Daniel Cameron, Mike Harm, Mike Adams, Allison Ball and myself, we’re going to appeal the recent Court of Appeals decision and we’re going to back our legislators. They’re the ones that decided to change policy. And I think it’s important that every member of the executive branch gets to appoint someone. And so for us, we’re going to see what happens in the court system, because we’re all affected by the Executive Branch Ethics Commission, and this is just yet another example of where the current Governor just antagonizes legislators, instead of working with them, he has chosen to sue them over this issue,” said Quarles.

Summer is the time for the best outdoor cooking, so it is no surprise July is National Grilling Month. “It’s never been a better time to fire up the grill, go to a farmers market or go to the local section or grocery store and put some Kentucky Proud on your grill. Whether it’s kabobs, whether it’s corn on the cob, some protein, beef, poultry, pork, and others and help support local agriculture. Not only does it help keep that money inside the Kentucky community, but it also supports your taste buds as well. And so we’re asking Kentuckians, not just in July, to fire up the grill, but consider buying local year round and don’t make it a fad of the summer, but consider supporting agriculture 365 days a year,” explains Quarles.

Also during this interview, Commissioner Quarles discusses the upcoming Kentucky State Fair that runs August 18-28 in Louisville at the Kentucky Expo Center. “Tickets are on sale right now for $8 apiece. It’s very affordable. It’s family, family friendly, fun that you can bring out anybody. And there’s more to see than what you can experience in just one day. We have free concerts sponsored by Texas Roadhouse. Of course we have the traditional agricultural exhibits. We have 4-H and FFA students competing not just for bragging rights, but also for scholarship money. We have livestock showing, so come hungry, come with a curiosity of whatever deep fried food that hasn’t been invented yet, that we’re going to see at the State Fair this year. But consider coming from more than one day. It’s a lot of fun. And for a lot of folks in agriculture, this is a time for with for us to celebrate and highlight the best that we have to offer in our state,” adds Quarles.