The Staple family poses for a picture as they wait for their meal at the Red Cross Shelter. (Spectrum News 1/Erin Wilson)

Storm impacts Staple family in more ways than one

BOWLING GREEN, Ky. — The American Red Cross shelter in Bowling Green is helping hundreds of people with a warm meal, place to sleep and resources to get back on their feet.

But from the looks of it, you probably couldn’t tell the Staple family had survived the EF-3 tornado that hit Bowling Green.

Kyla, Shawn, Beckett and Ada Staple were full of smiles despite what they experienced less than a week ago, but Kyla remembers the day like it was yesterday.

Her four-year-old son Beckett remembers too. 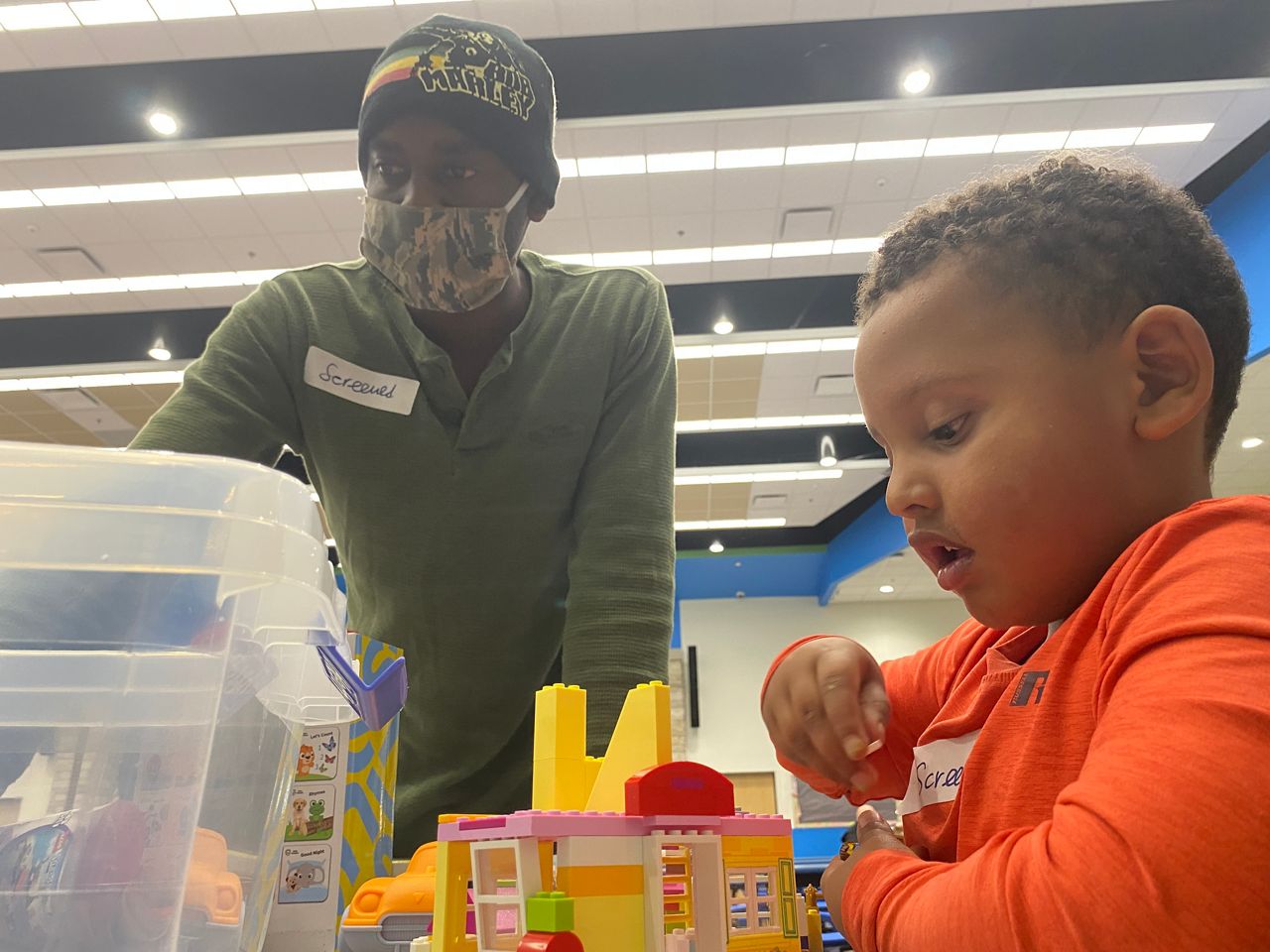 The Staple family has lived in their home in Creekwood for five years and are thankful to still have a place to call home after the deadly tornado.

“I know just a few houses down, it's completely gone so we were very lucky,” Kyla said. “On one side of the house it tore the roof up and it had a lot of breakage in the ceiling and the ceiling caved in about a day and half after the tornado.”

A storm in more ways than one has affected their family.

“My dad had driven him to his house and we had to stop and get gas and he called me and he was just crying, saying, 'I was just so worried about you, I just wanted to make sure you were OK.' So he's definitely been affected by this,” Kyla said.

She's spending her days repairing their house and nights at Jennings Creek Elementary, the Red Cross Shelter where the family can get a hot meal and a place for the kids to play before returning home.

“They had all these games and fun stuff for Beckett to do so we've just hung around a little bit even though there's a lot we need to be doing. It's nice to slow down and let him have fun,” Staple said.

The Staple family is currently staying with family members until their house is fully renovated.