Sue McGinnis shows her 500-gallon water tank a family member installed on the back of a truck to haul water.(Spectrum News 1/Khyati Patel)

When their water token machine broke, a rural Kentucky community had to find other ways to get water

MARTIN COUNTY, Ky. — A central Appalachian community is fighting for access to water. This is taking place in rural coal mining town in Eastern Kentucky.

Martin County resident Sue McGinnis is among the handful of families seeking access to water. 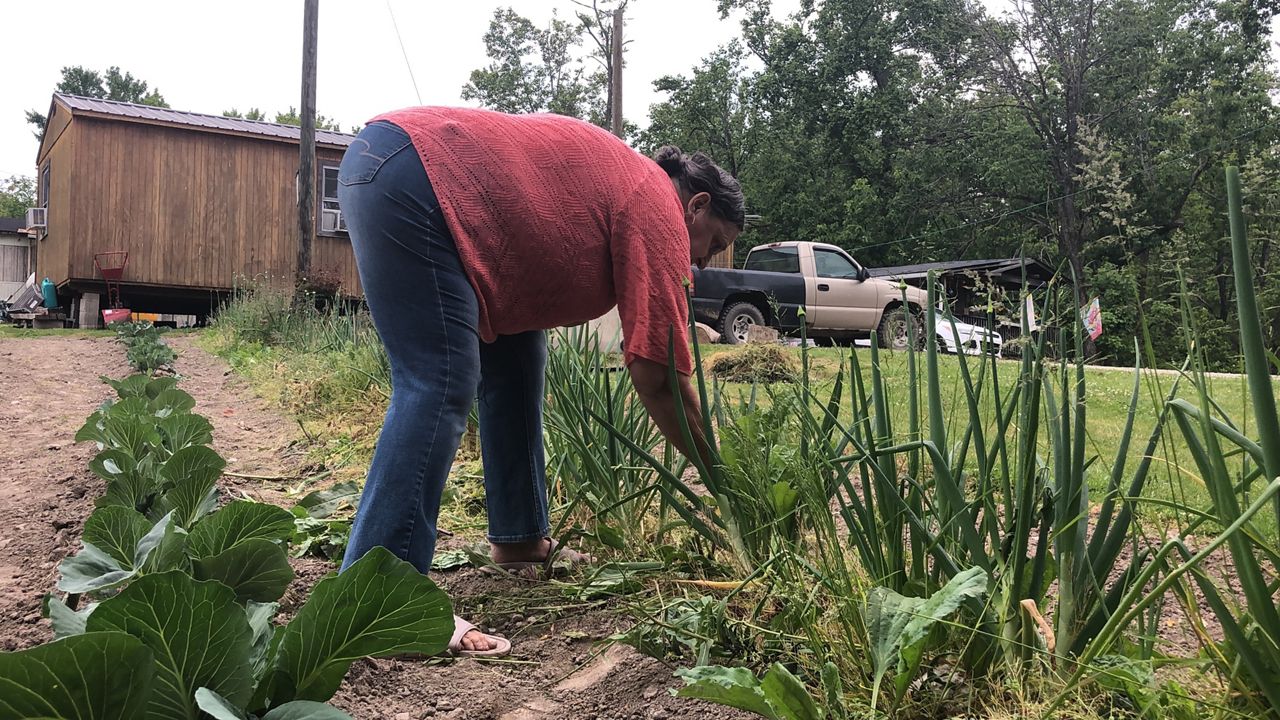 Sue McGinnis gardens on her property in rural Martin County. It's been in her family for generations. (Spectrum News 1/Khyati Patel)

For several decades, the McGinnis’ have lived in the heart of coal country in the rural mountains in the county.

“We have a water shortage,” McGinnis said.

The nearest source is off the grid and only accessible by a winding dirt road. On her property, she fills barrel after barrel, so a single drop doesn’t go to waste. 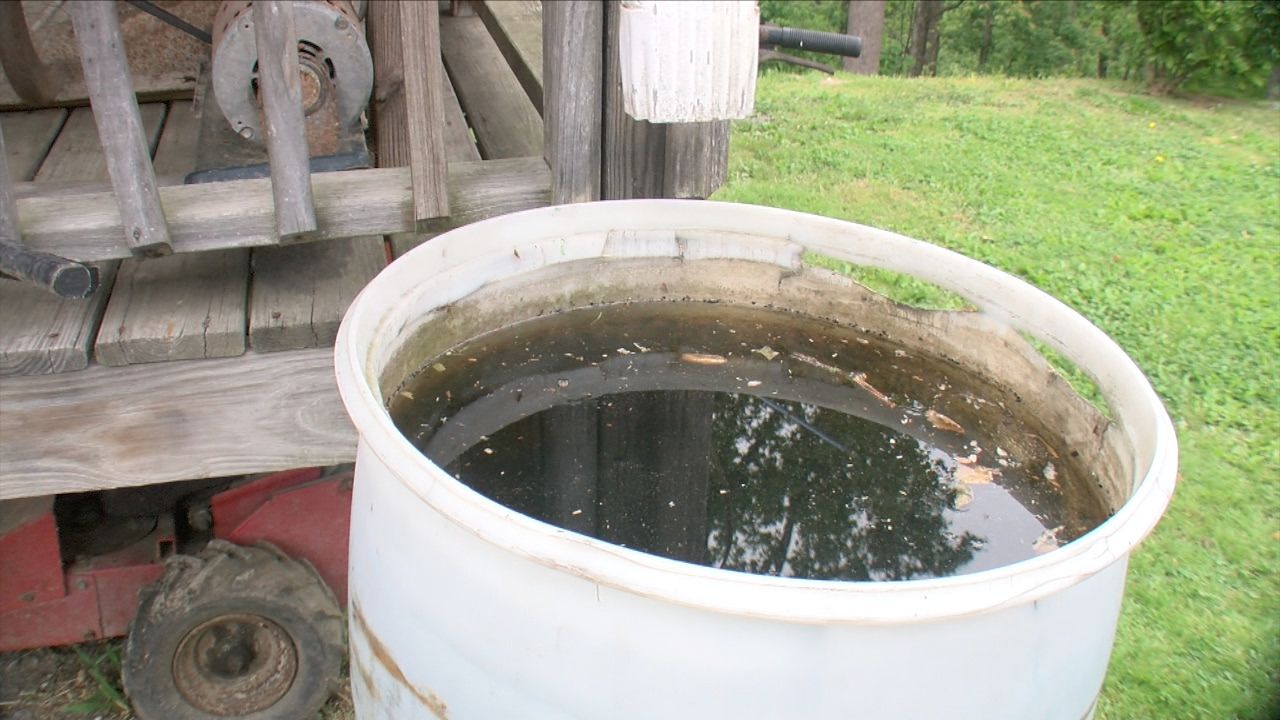 “We depend a lot on the rain because that's what I get from my wash water and I wash my dishes with it,” McGinnis said. “And I’ve got like I said, barrels. I got one set now with our pollen and things when it's got pollen season and stuff out and gets on roofs and things, it turns the water black so you can do nothing but flush your commodes with it then.

The water ran dry this February after winter storms hammered the region.

“Out there, that thing has been broke down for months, not weeks, months,” McGinnis said.

That thing she’s referring to is the water kiosk machine.

Every week McGinnis and her husband travel from the Martin County border to Johnson County to collect their water using the tokens. It’s a six-mile round trip that McGinnis says is only getting harder with age. 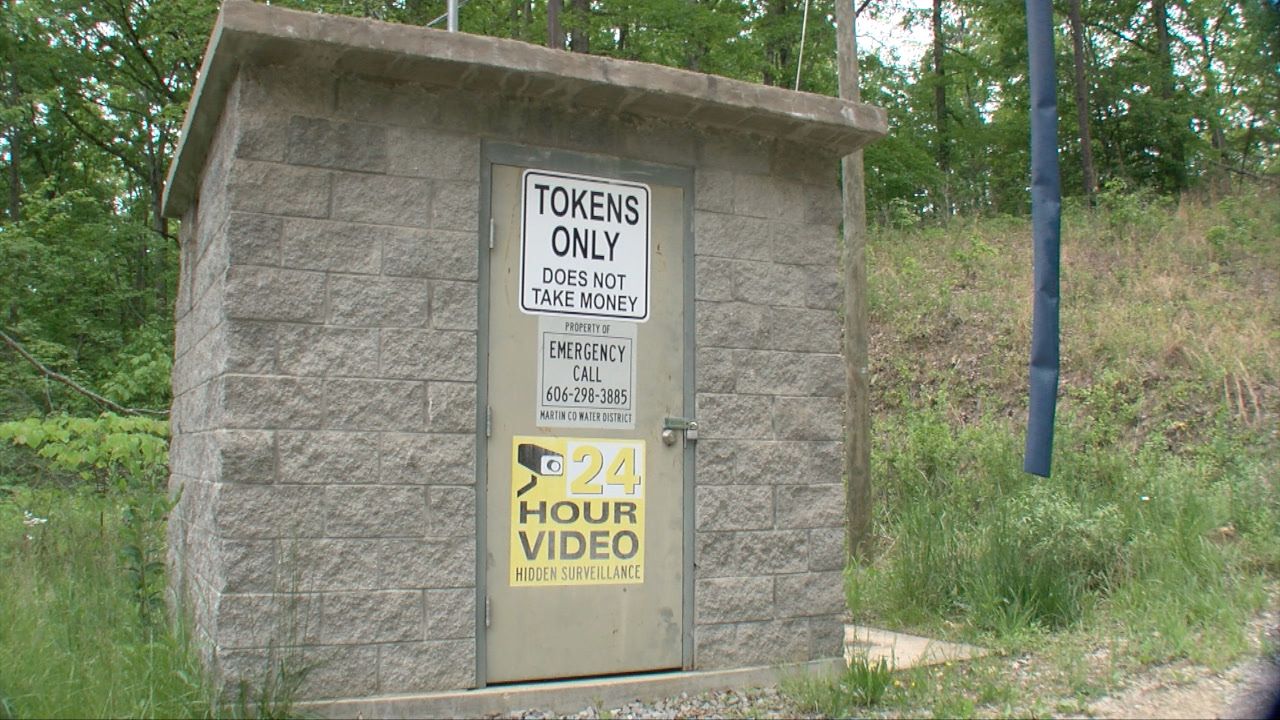 The water kiosk machine in Johnson County. Residents from Martin County travel to get gallons of water for daily use. For three months it was broken. (Spectrum News 1/Khyati Patel)

But for nearly three months, the family had to find other ways to get water because the water kiosk machine remained broken.

“You want to cry sometimes cuz you won't know why, especially when you had water,” McGinnis said.

Spectrum News 1 met with the Martin County Water Board to discuss running water lines into the mountains for these families.

Chairman Jimmy Kerr said access to water has been an ongoing issue for decades.

He said the cost to run water pipes through the county’s system to into the mountains would be astronomical with little to no return of investment.

He added, getting reliable water pressure there would also be difficult because of the terrain.

“From a business standpoint and trying to make proper decisions for this water system, there is no way — we can’t afford to run water up there,” Kerr said. “And then even if we could we can’t afford, we can’t afford, we would put more stress on the system that it has problems anyway, infrastructure problems anyway. So you can paint me saying ‘Yea they’re on their own’ but technically they are. Because while I would love to help them, it is just not feasible. It’s not financially feasible to do so, not for the Martin County Water District.”

Kerr added he acknowledges the kiosk system isn’t perfect but said “it is what they have to work with when they made the decision to live out there on the mountain like they did.”

It’s a battle for access that McGinnis will keep on fighting.

“I think everybody should have a right to water, not just certain ones,” McGinnis said.