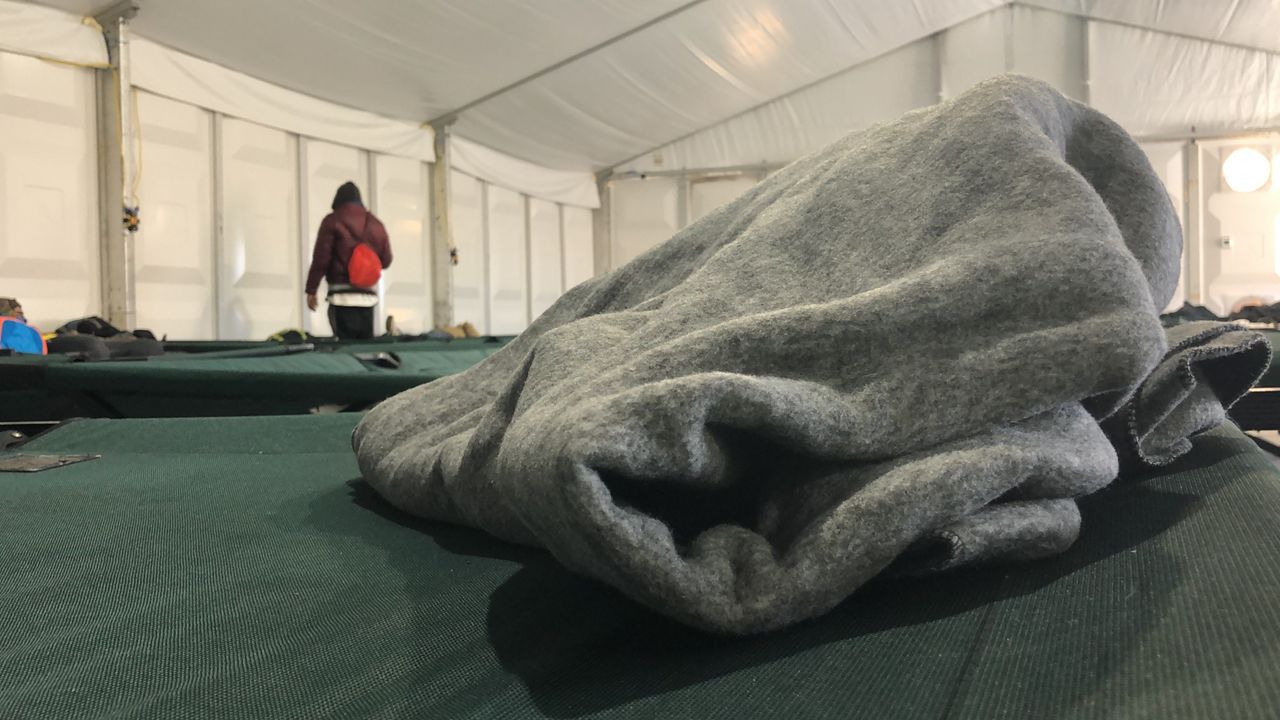 “Here we go...And we’re done!” A nurse is overheard as she vaccinates a middle-aged man. Wayside Christian Mission is a savior to hundreds if not thousands of homeless individuals throughout any given year but during the pandemic, the resources offered have truly been lifesaving.

The fact the Johnson & Johnson vaccine is being used is significant. It’s one dose which means a world of difference when trying to vaccinate a population that’s often on the move.

“We were preparing to take folks out to Broadbent and then take them again for the second dose but it’s so difficult to find the same people for the second time,” Nina Moseley said on Monday Moseley is the Chief Operating Officer of Wayside.

“This goes perfectly with the spring season. It is a breath of fresh air. It is hope for our folks. Hope they are going to stay safe. Hope they can escape this pandemic,” Moseley explains.

It only takes minutes for Rodriquez Harris to sign in, answer a few questions and then receive the shot exactly one year after the entire state shut down for the first time.

“Maybe three to five minutes from the time they asked me questions to the time he got real intimate with my arm. I welcome it,” Harris told Spectrum News 1.

The doses were made available by the Louisville Metro Health Department and Norton Healthcare provided the staff to administer the shots. Similar events are scheduled throughout this week which could result in more than 1000 homeless residents receiving the vaccine.

The Metro Health Department is receiving a small supply of the Johnson & Johnson vaccine and is prioritizing this one-dose vaccine specifically for populations that are more difficult to reach including rural residents and homeless citizens.