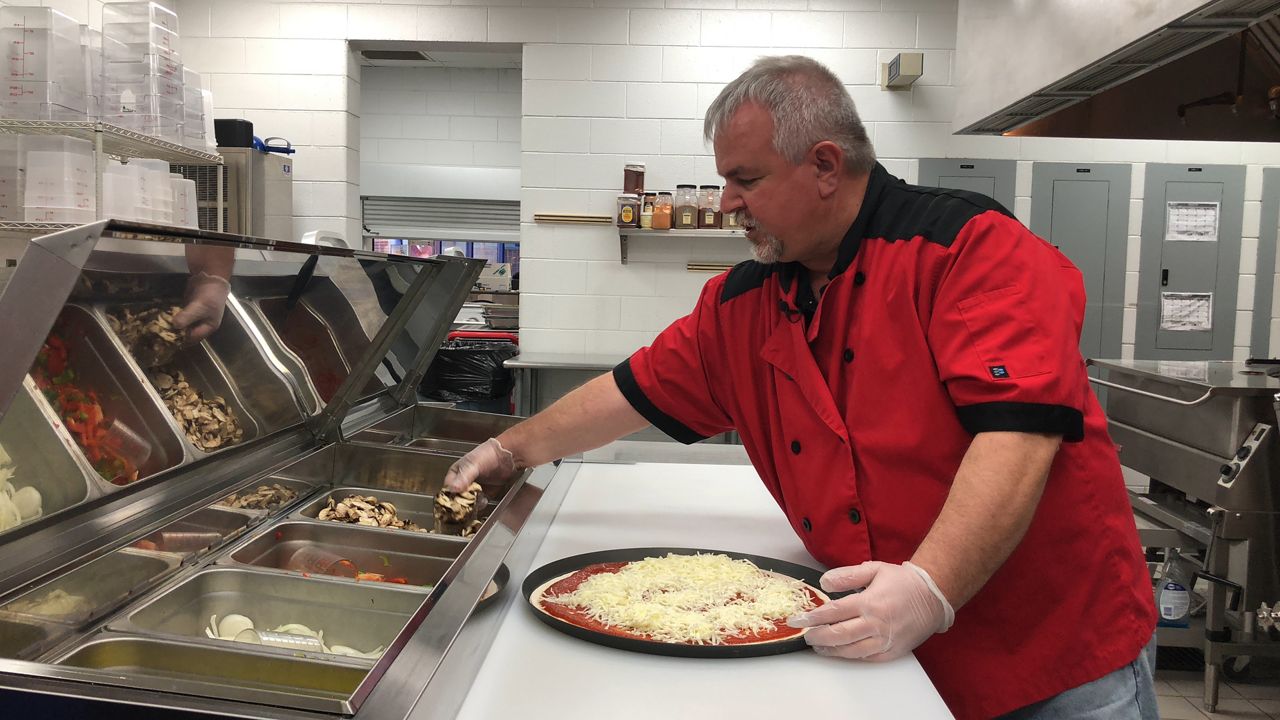 What's for lunch? A central Kentucky school district serves up a solution for supply chain disruptions

RICHMOND, Ky. — Across the state, schools are facing supply chain disruptions that are causing shortages of cafeteria staples, like chicken, pizza items and more. But Madison County Schools has a solution.

"Most of the time we're using our blenders and our mixers and different things like that to make our own sauce," said Scott Anderson, food service director.

On this day, inside the school kitchen, he sprinkles toppings on a popular item. They make anywhere from 60 to 70 pizzas a day.

"We make sure we use all mozzarella cheese. It's better and it's good for our farmers," Anderson said.

For seven years, Anderson and his team at the Richmond school district have bought local meats and veggies from peppers to lettuce.

"During the pandemic, supply chain issues have really shown itself," Anderson said.

They get food items from 'just down the street' as the saying goes during a time when there’s a nationwide issue of supply chain disruption.

"There's certain things such as pizza, hot dogs, hamburgers, chicken, things like that, we can't get — a lot of that stuff is made for schools. It's breaded differently than the restaurants and things and a lot of those companies either no longer make it for schools, or they're making it for restaurants. And then we have to go in and try to get it as well and it's just really difficult," Anderson said.

They source a lot of local foods from Madison County, neighboring towns in the region or from anywhere in Kentucky. It becomes a challenge when pounds and pounds of dishes are made daily to feed students. For Anderson local is the key.

"Buying local, we avoid a lot of that. We were able to get the products that we need. I talked with other districts (and) they're having a huge problem trying to get the food that they need, some districts more than others. Madison County's been very lucky and fortunate that we've made these connections ahead of time and we're just strengthening them and trying to add for farmers," Anderson said.

Anderson said they are supporting local farmers who are their neighbors.

"Those kids go to school here, if they can say grandma and grandpa produced the vegetables that we have, that we’re using, so it’s a pride thing," Anderson said.

Madison County Schools is willing to help any school district interested in the farm-to-school concept for breakfast and lunch meals.

"It's more important now to buy local more than ever because we can't get things shipped in. Buying local not just supports the local community, but it helps us get the products that we want," Anderson said.