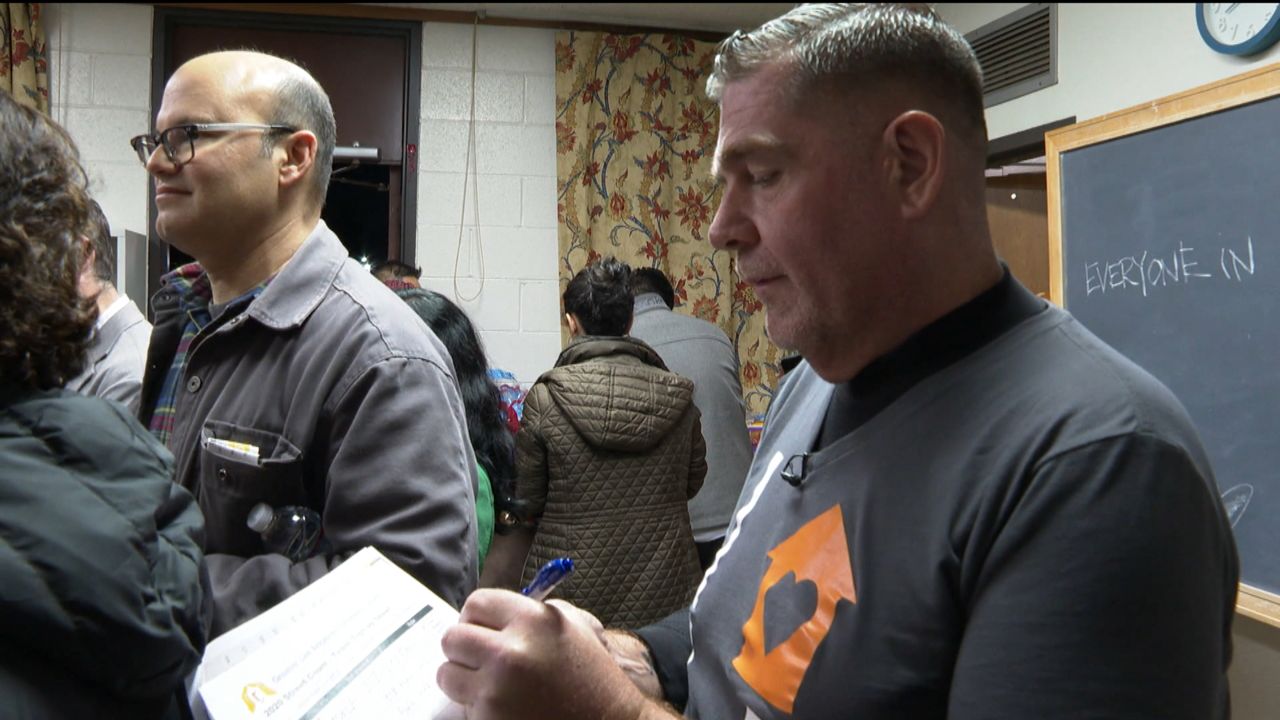 One Man Has Personal Reason for Volunteering in Homeless Count

After his team is signed in, they got their official map of the “track” of their coverage area in the San Fernando Valley.

Because they got a large area, they won’t have to go on it on foot — good news for this first time counter on disability.

“I’m happy we’re driving instead of walking, especially for me, and I think I have some pretty awesome team members,” Patterson said.

Patterson and his teammates were only just introduced, but it wouldn’t take long for them to open up to each other about why they decided to volunteer."

“I will just be real blatantly honest," Patterson said. "I was diagnosed HIV positive in 2002.”

Six years ago, after years of keeping up with medical bills from his HIV treatment and then a disabling bike accident, Patterson became homeless.

“I was at the point to where medically, I had to count on disability as my sole income, otherwise it just ate everything up — it did eat everything up, my savings, my life — and trust the system so to speak,” he said.

Fortunately, two and a half years ago he found housing through the Skid Row Housing Trust

All his years being homeless became valuable experience on the night of the count.

He said it allowed him to asses certain scenes of what could be homelessness from a personal space.

A few years back, Patterson says he was living in an RV with four other people.

“If it was just a straggler RV on the street they wouldn’t have the privacy sheets up, the windows covered. It’s a way a person stores their RV vs lives in their RV, there’s just clear signs,” said Patterson.

There’s a gift and curse to having been on both sides of the count.

Like having to walk through this North Hollywood parking lot to get a count of people in their cars.

“I felt bad because this is their home," Patterson said. "This is their privacy and who am I to be invading in their space?"

But he has hope that it will bring about positive change.

“Awareness, a lot more advocacy happening and a lot more involvement and people’s eyes are opening to the hidden-ness of it, the layers,” Patterson said.

Until the problem of homelessness can be corrected.